Death of father-of-two, 57, who was fatally trampled by a herd of cows while walking dogs with his wife will be probed by an inquest

An inquest will be held into the death of a father-of-two who was trampled by a herd of cows while walking his two dogs with his wife.

Michael Holmes, 57, was pronounced dead at the scene and his widow Teresa was airlifted to hospital after they crossed a field in Wakefield, West Yorks, in September 2020 on a public right of way with their two dogs.

An inquest into his death, expected to last two days, will be held at Wakefield Coroners Court from Thursday, October 6.

‘His wife Teresa now hopes this inquest will help her to understand what happened that day.’ 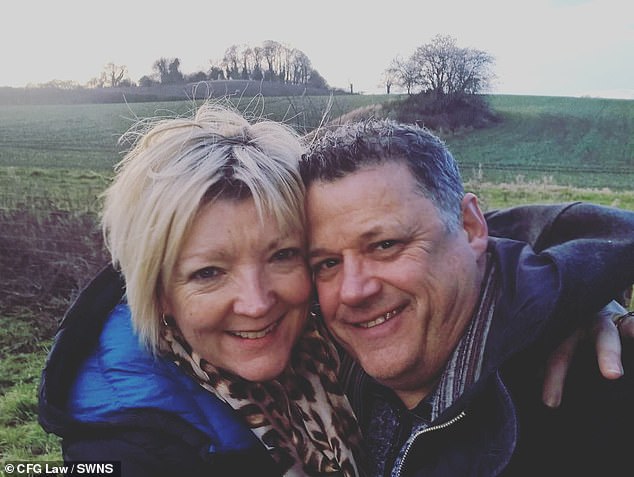 Michael Holmes, 57, was pronounced dead at the scene and his widow Teresa (pictured together) was airlifted to hospital after they were trampled by a herd of cows in Wakefield, West Yorks

Mr Holmes’ death was the third fatal cow trampling in a month.

Malcolm Flynn, 72, was fatally injured when he was charged by cows on land near Thirlwall Castle and Gisland, Northumberland.

Former army officer Janicke Tvedt, 55, was left with life-changing injuries after being trampled by a herd of cows as she walked her labrador in July 2021.

She she said she managed to escape when her army training kicked in, but she was left with seven broken ribs and needed part of her colon removed.

And earlier this year Christopher Paul Sharpe was given a suspended sentenced after David Tinniswood MBE, 82, was trampled to death while walking on a public footpath that crossed his land. 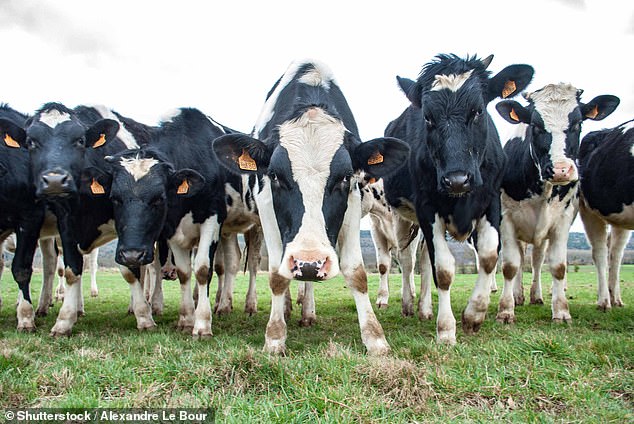 The National Farmers Union (NFU) said cattle could become aggressive if they felt threatened, especially if they had their calves with them as they become protective

Livestock owners are liable for damages caused to property by straying livestock. Damages caused to people often depend on individual circumstances and are assessed individually by the courts, although farmers are expected to carry out risk assessments and put up appropriate signage.

Where a farmer has failed to implement reasonable safety measures, they can also be liable for prosecution by the Health and Safety Executive.

The National Farmers Union (NFU) said cattle could become aggressive if they felt threatened, especially if they had their calves with them as they become protective.

A spokesman suggested avoiding ‘getting between cows and their calves’, moving quickly and quietly, and keeping gates closed when walking through fields.

Spoilers: Jamie's evil plan for Gabby works as she loses baby in Emmerdale?

Benefit cheat jetted off to Tenerife despite being given community service