Home » World News » Inside Russia’s horror army 'initiations' where terrified rookies are 'tortured, raped & prostituted' by OWN troops | The Sun

IT is not just the fear of facing Ukraine’s heroic troops that is driving Russian men to flee from military call-ups – they are also scared of their own army.

There have been tailbacks at borders and a rush to buy flights out of the country since President Vladimir Putin announced a partial mobilisation of the population. 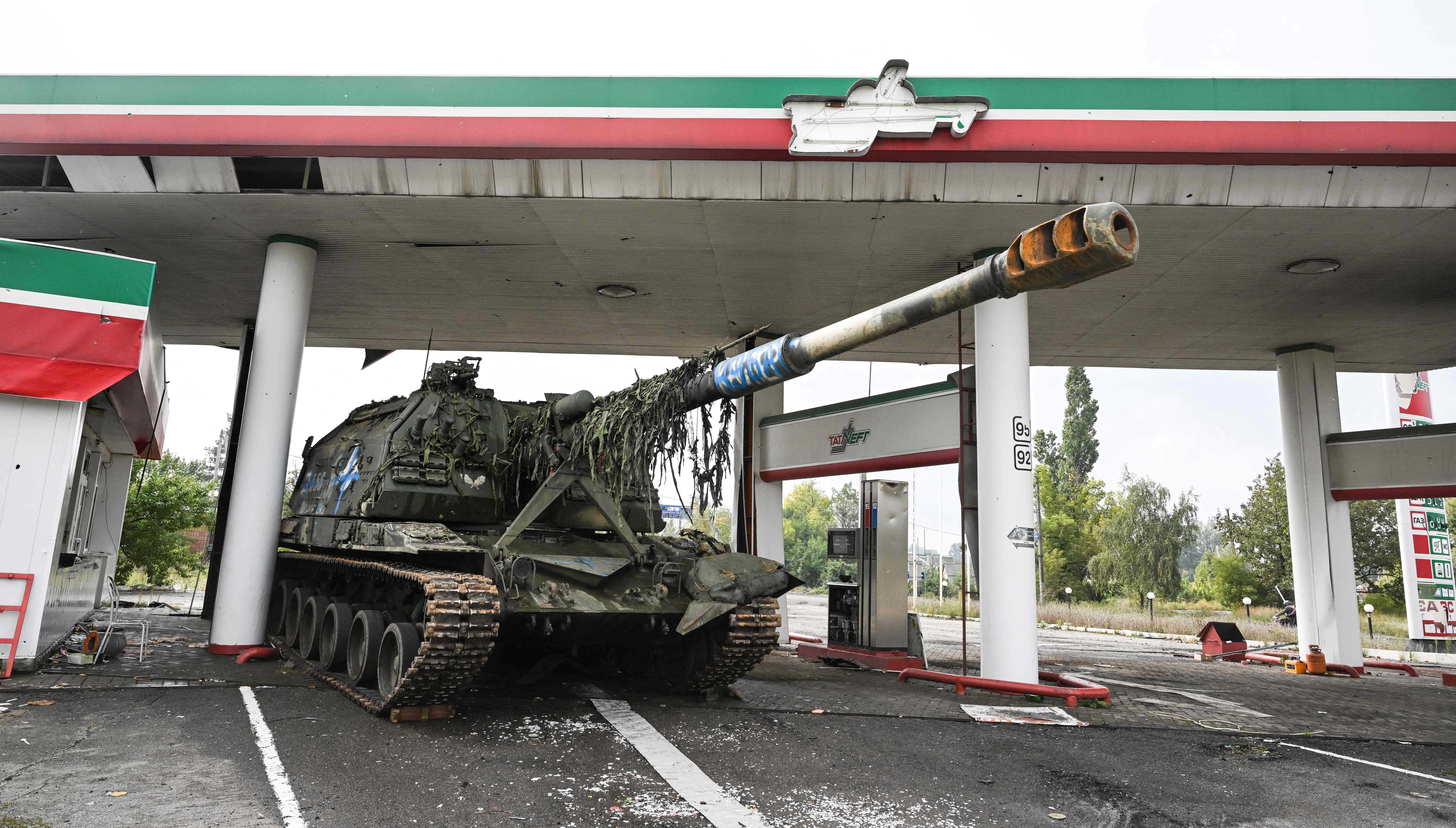 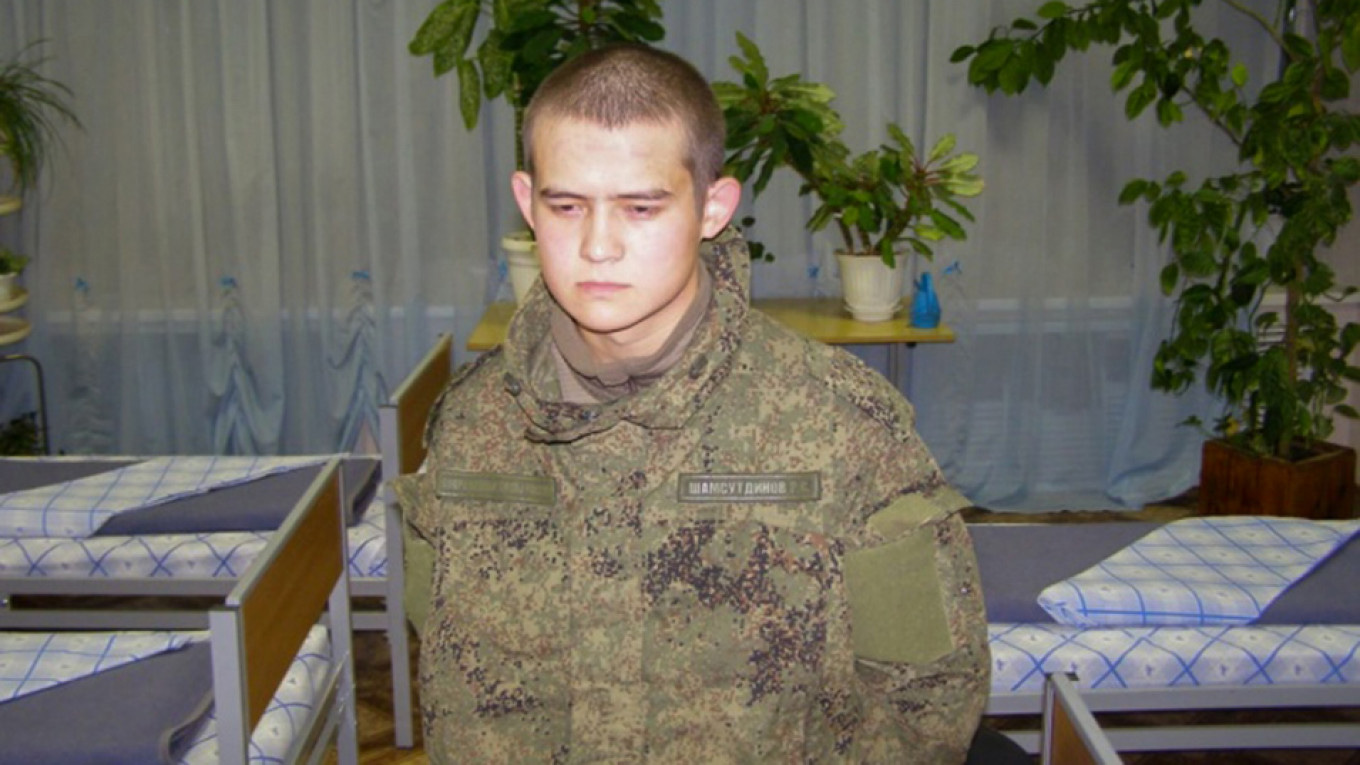 Any reservists, essentially men of fighting age who have already served their time in the military, can be called to join the Kremlin’s unprovoked invasion of their neighbour.

And other young men fear all-out conscription is on the cards.

What faces them before they even put a frayed boot down on Ukrainian soil is a regime of terror.

Ever since the days of the Red Army, Russia’s military has had a reputation for deadly bullying and extremely violent initiation ceremonies. 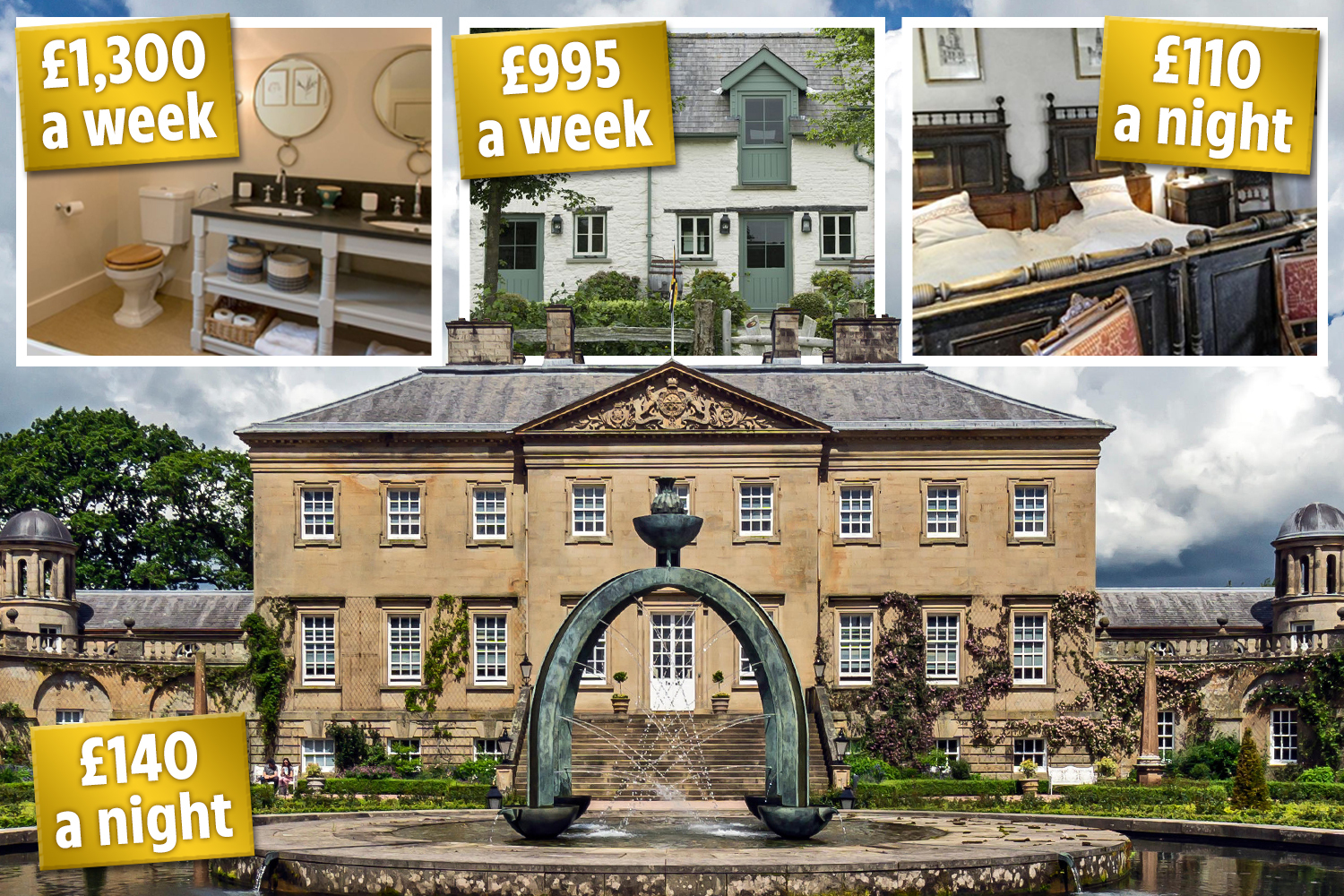 How Putin amassed 6,000 nuclear weapons that could hit UK in 20 minutes

Hazing, called 'dedovshchina', in their armed forces include rape, torture and theft.

There have even been reports of underpaid officers forcing young recruits to work as prostitutes.

It has driven soldiers to go AWOL, kill themselves or even turn on their tormentors.

General Sir Richard Shirreff, former Deputy Supreme Allied Commander Europe, told The Sun: “The reason large numbers of men are trying to get out of Russia is because they are frightened of general conscription being announced.

Inside last call teen, 15, made to girlfriend ONE MINUTE before 'murder'

“It is a brutal army with no sense of honour or values and your chances of surviving any war in the Russian army are pretty low.

“They have done nothing to address the long-standing issues of bullying and hazing which have existed since the time of the Soviet Army.“

The Russian armed forces is a hybrid of volunteers and draftees.

About 70 per cent of the million-strong military signed up, while the rest were forced to fight.

It is the teenage conscripts who tend to get picked on by hardened veterans.

They are often from poorer backgrounds because they didn’t have the money to bribe their way out of military service.

Lawyers used to advertise the service of helping citizens to get a deferment until Putin stamped out the practice in order to boost troop numbers.

At the moment, all Russian men aged between 18 to 27 are asked to do at least one year’s military service.

The horror stories are enough to drive them to escape the dreaded call-up.

The Moscow Times told in February 2020 how Private Artyom Pakhotin had killed himself with an AK-47 during a drill session after the word “c**k” was cut into his forehead with a razor blade.

In text messages to his mum, he said: “They’re bullying me here, exhausting me psychologically and extorting money. I don’t see how I can go on.”

They’re bullying me here, exhausting me psychologically and extorting money. I don’t see how I can go on

An anti-war pressure group called Committee of Soldiers' Mothers of Russia estimated that prior to Putin’ so-called “special military operation”, 44 per cent of deaths in the Russian military were suicides.

One conscript claimed in November 2019 that he had killed eight of his fellow soldiers because he couldn’t take being tortured anymore.

Ramil Shamsutdinov, 20 at the time of the attack in Transbaikalia, wrote in an open letter: "I regret I couldn't restrain myself and that I resorted to this extreme step, but I had no other way out.

“I couldn't take any more mistreatment.”

It has been reported that in 2018 there were more than 1,100 convictions for abuse of power and 372 for violence in the Russian military. 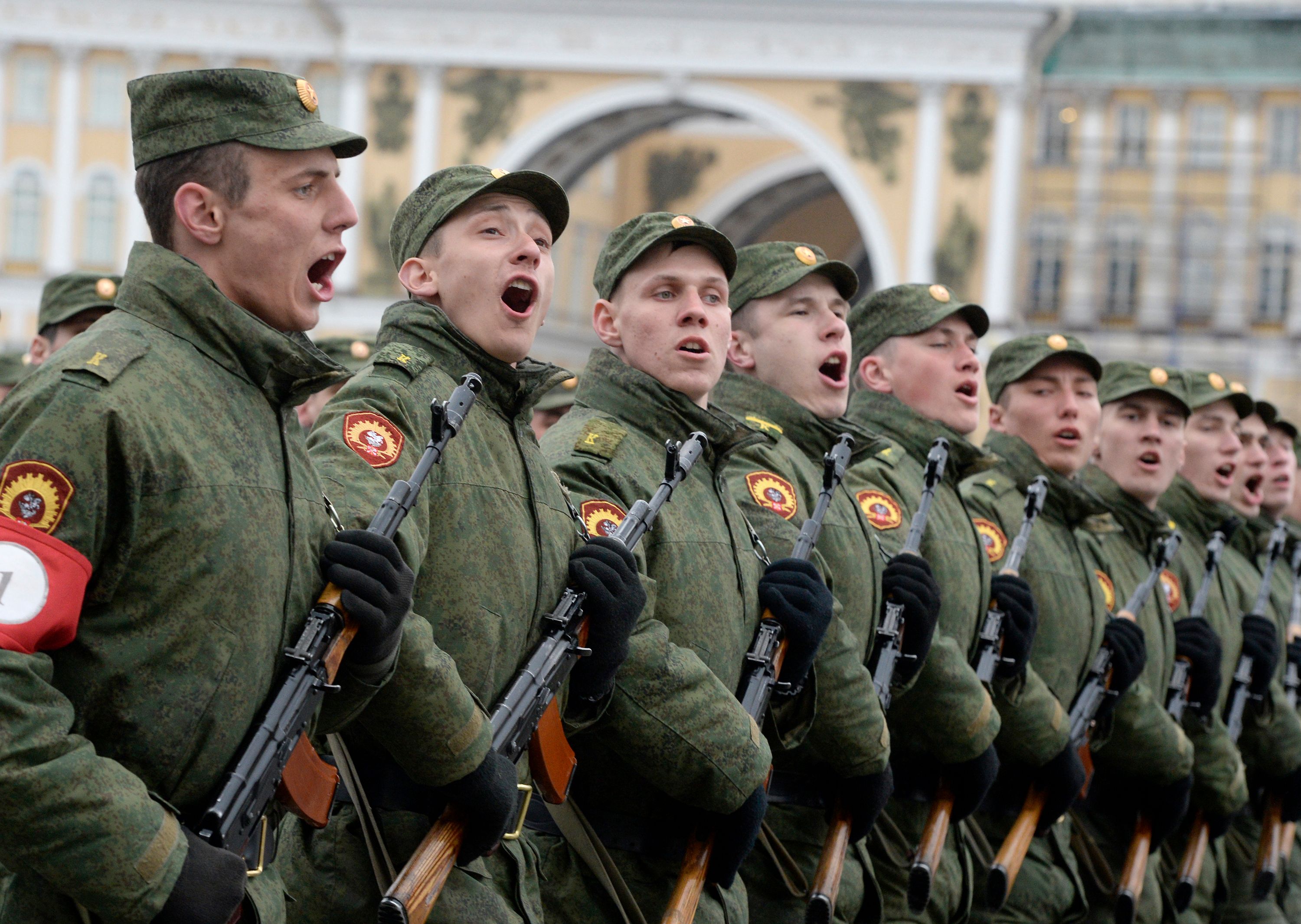 President Putin had promised not to send conscripts to the frontline in Ukraine.

On International Women’s Day in March he said: “I emphasise that conscript soldiers are not participating in hostilities and will not participate in them.

“And there will be no additional call-up of reservists”.

But like so many of Putin’s statements it proved to be false.

Soon after his tanks started rolling into Ukraine there were reports of poorly-trained Russian conscripts being captured.

Some didn’t even know they were in Ukraine until they found themselves in combat.

Captured drafted Russian soldiers told how they were asked to fight in Ukraine without ever being taught how to use machine guns.

Others reported being given World War II era rifles, having no water or food supplies.

In April the Reuters news agency said that 135 conscripts refused to take part in the assault on the Ukrainian city Mariupol.

While a video shared on a pro-Ukrainian social media channel showed a Russian soldier saying: "Our rifles are from the 1940s! They don't f***ing fire! They're sending f***ing ordinary students into war."

With winter coming the other threat is frostbite and hypothermia.

There have been numerous accounts of Russian soldiers not having proper clothing, including boots or socks.

There were also recent reports that teachers were asked to donate parts of their salaries to buy “socks and underwear” for soldiers.

General Shirreff, who is the author of War with Russia, says: “The logistics problems are going to get worse near Kherson with the bridges being dropped."

The Russian military has admitted that draftees are seeing front line action.

For that reason few Russian citizens believe Putin when he says the 300,000 reservists, which could include officers aged over 60, are not heading for Ukraine’s battle lines.

It is believed that around 25,000 Russians have been killed during the conflict so far and the Kremlin’s top brass need replacements to repel Ukrainian advances.

The effect on morale of an ill-disciplined, criminal, kleptocratic force that is patently incompetent is to make it worse

General Shirreff believes that sending these poorly trained conscripts, who have generally spent only a year in the military, to war will only make matters worse for the Russian military.

He says: “The reservists may have served a year in the armed forces, but they don’t have a commitment to keep their military skills up.

“Effectively they will be putting untrained, untested civvies in as cannon fodder.

“The effect on morale of an ill-disciplined, criminal, kleptocratic force that is patently incompetent is to make it worse."

They will find themselves fighting alongside murderers and rapists.

This week it was reported that more than 28,000 prisoners including have been freed from jails to fight in Ukraine.

These criminals were told they’d be freed once they’d served six months on the frontline.

General Shirreff concludes: “Putin is on the backfoot and he is literally having to scrape the bottom of the barrel, hence going into prisons and recruiting convicted rapists and murderers." 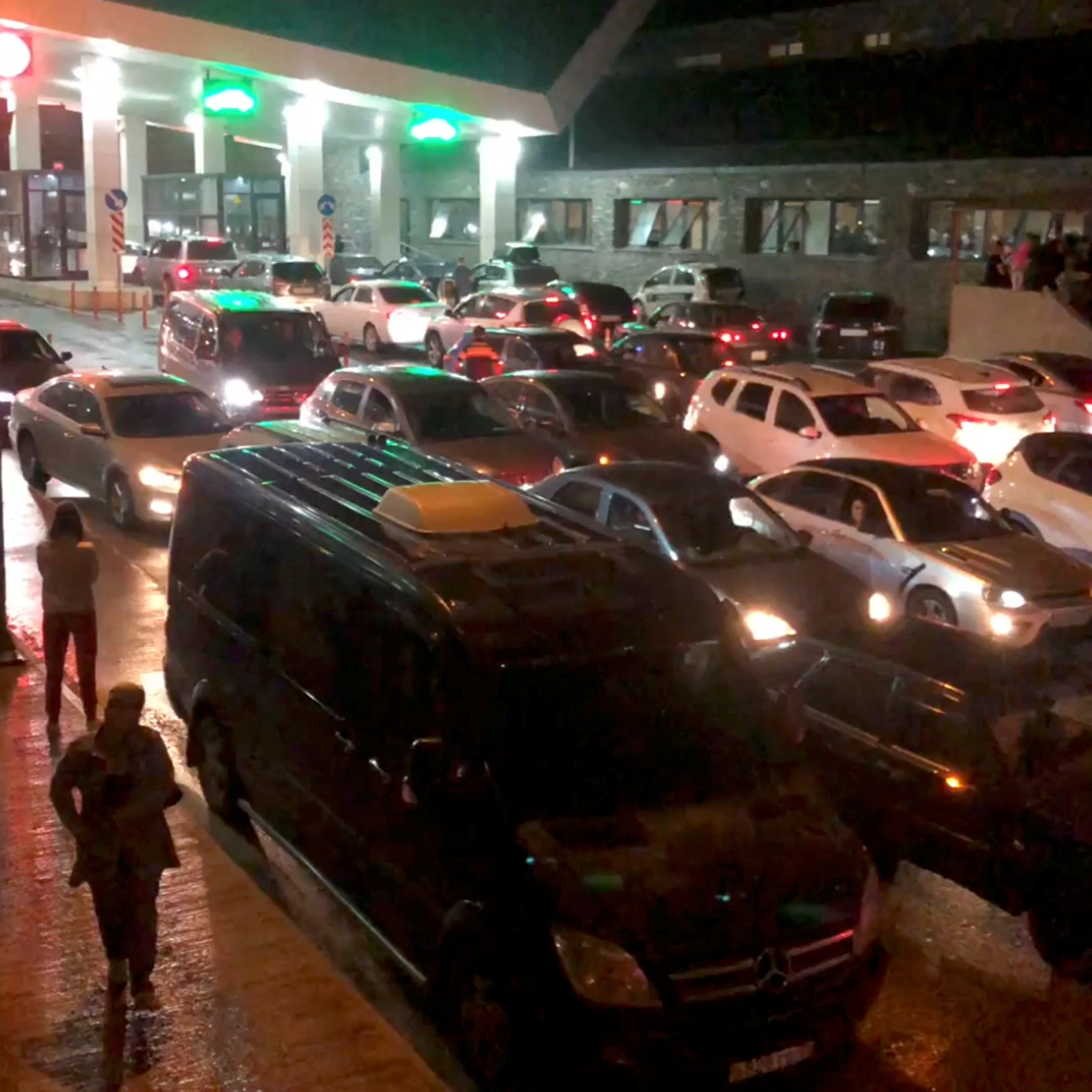 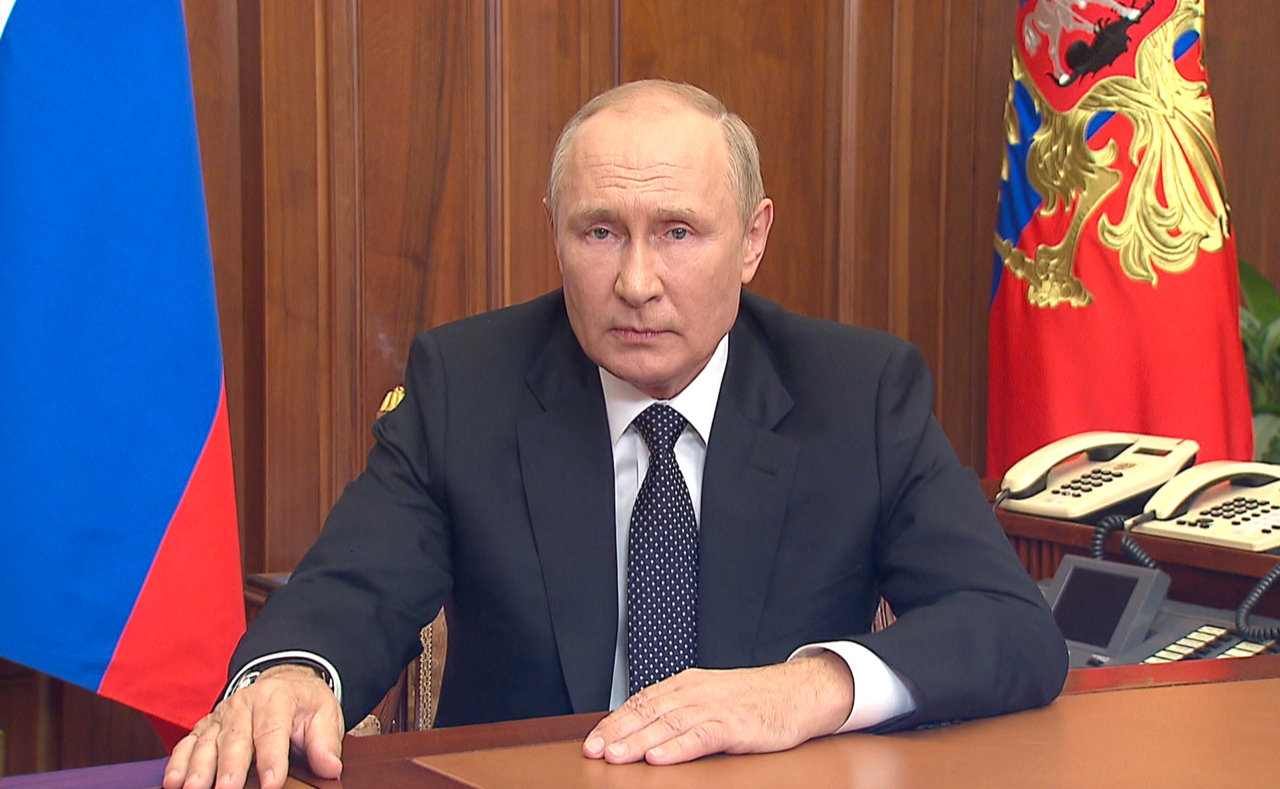 'RHOM': Alexia Echevarria Reveals She Hit a Breaking Point When She Learned Her Wedding Venue Fell Through (Exclusive)