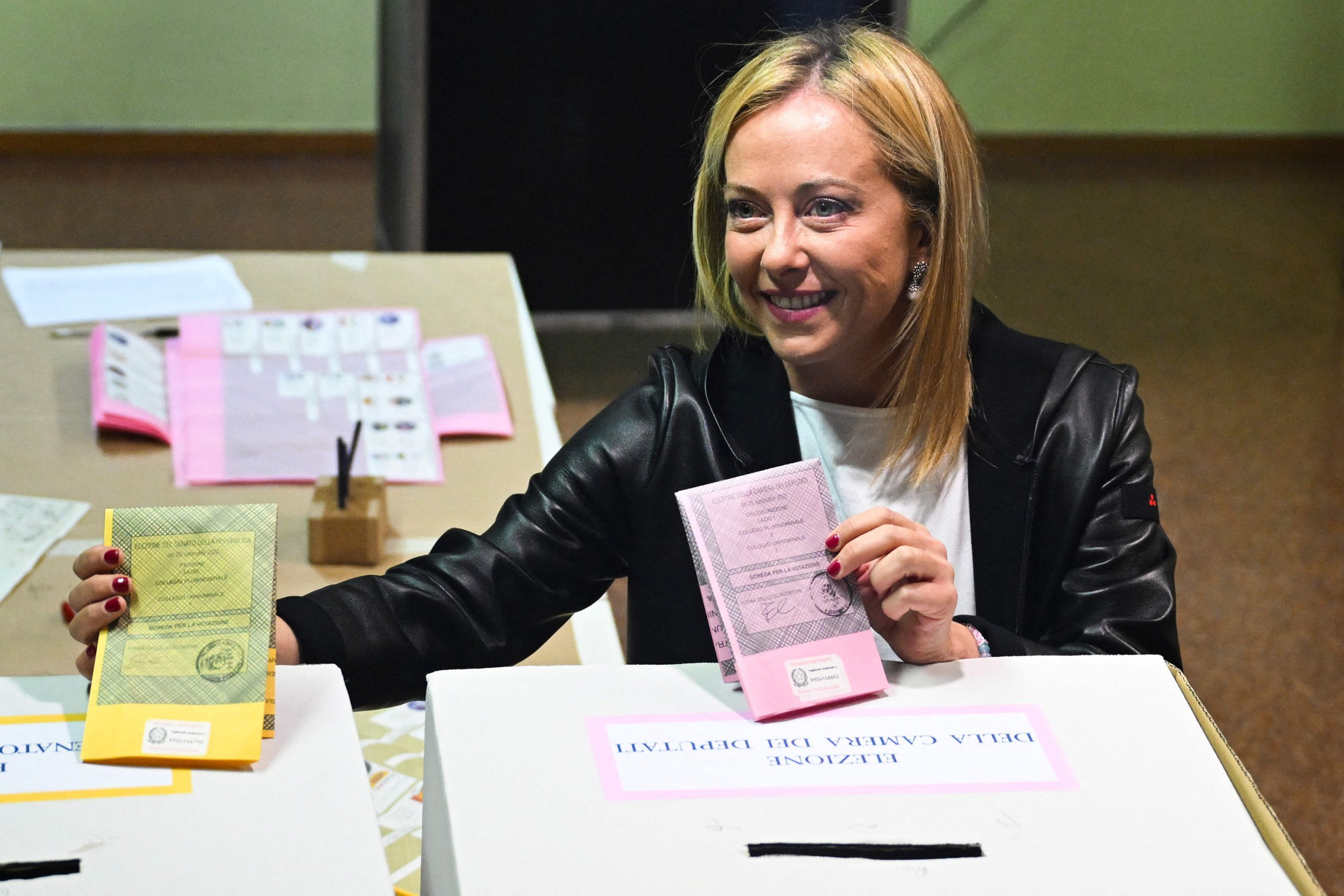 A right-wing alliance led by the 45-year-old’s Brothers of Italy party looks set to win a majority in the next parliament, according to exit polls following today’s election.

State broadcaster RAI says the bloc of conservative parties have between 41 and 45% of votes – enough to guarantee control of both houses of parliament.

The Brothers of Italy party, which has been described as having ‘neo-fascist roots’, has previously been predicted the most popular among voters.

In what has been deemed a ‘political earthquake’ for Italy, Meloni could form the country’s first far-right-led government since the end of the Second World War.

‘Today you can help write history,’ she had tweeted earlier today.

Her right-wing party was forged from the legacy of a neo-fascist party formed shortly the war by nostalgists of Fascist dictator Benito Mussolini.

Running close behind in final opinion polls ahead of tonight was former Premier Enrico Letta and his center-left Democratic Party.

The counting of paper ballots began shortly after polling stations closed at 11pm in Italy – 9pm in the UK.

This year’s election was set against the backdrop of the war in Ukraine – which has fuelled skyrocketing energy bills.

Italian businesses and households are struggling to pay gas and electricity bills, which in some cases are 10 times higher than last year’s.

Angelina Jolie Says She 'Never Thought' She Would Become a Mother

Zelensky says bridges between Ukraine and Russia are 'not destroyed'