JANET STREET-PORTER: Beware the rage of a big brother (or sister): Sibling rivalry drove me to push my little sister down the stairs – that’s why I sympathise with William over his ‘attack’ on Harry in the Battle of the Dog Bowl

Harry can whinge as much as he likes, but nothing will change the one thing that’s driven him to trash his closest family: his father and brother William. He’s second best.

Spare represents 410 pages of score-settling, petty niggling and pent-up fury released without guilt or consideration for others’ privacy.

And all because he’s not the eldest son. In his eyes, he’s not the favourite, not the one with a pre-destined plan for life. I’m sympathetic, but does the end justify the means? 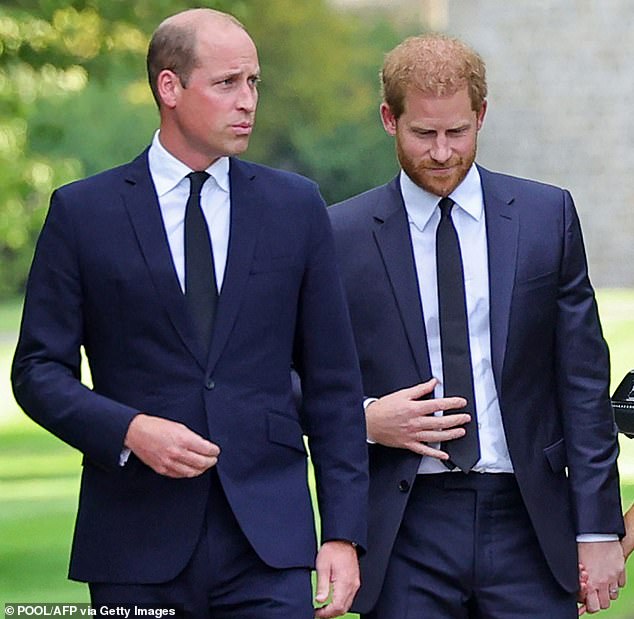 Directionless and without his beloved mother, Harry has invented his own mission – to expose and enumerate the countless ‘crimes’ and shabby treatment which have dogged his life since his mother’s ghastly death in 1997.

Diana tried her hardest to treat both boys as equals. She called the youngest Good King Harry, telling her youngest son that he was special, but she seems to have failed miserably. And, after her untimely death, Harry claims Charles failed to provide the support his grieving 12-year-old son desperately needed.

Sibling rivalry – as described in Harry’s bombshell memoir Spare – has never been more ruthlessly exposed in all its nit-picking detail. As the oldest daughter in my own family, I’m an expert: for all its pathetic self-pity and mind-numbing narcissism, Harry’s tales of perceived second-best treatment could have been written by my own sister.

Harry has spent the 26 years since his mother was killed in a car crash in Paris hopelessly muddling along, a man without a plan, apart from his spells in the army, when someone else told him what to do and how to behave.

When he was in a uniform, issued with orders and forced to comply, everything was hunky dory. On return to civilian life, everything went pear-shaped.

His brother had a master-plan, although it was not one he had chosen, but been born into. Harry – not particularly bright – floundered, felt ignored and railed against the establishment which had created the rules and discipline which his only brother – once his closest pal – now had to comply with.

Instead of feeling sympathy for the constricting force on his brother, Harry obviously felt nothing but resentment.

I can also understand why William became so infuriated with Harry that the heir (allegedly) grabbed the Spare by his shirt collar, in the Dog Bowl debacle. Brothers and sisters are rivals, friends who love each other but also ruthlessly compete for attention, to be the favourite. 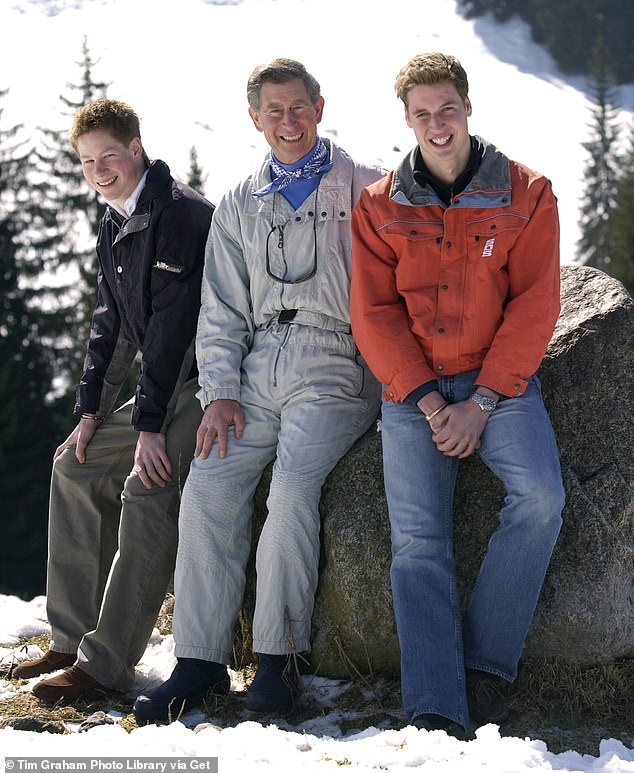 Harry, Charles and William during their annual ski holiday in Klosters, Switzerland 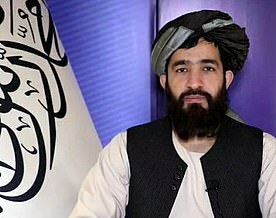 My relationship with my sister – two years younger than me – was fraught. I resented her for being my mother’s special daughter. My sister had curly brown hair, a smiley personality, whereas I was an introverted child who loved reading and painting. Plus, my hair was straight, once baby blonde, it faded to dreary beige. Aged 5 and 7 we were forced to share a bedroom in our small home in inner London.

I drew a line down the middle, and told my sister Pat if she crossed it, I would kill her. One day, unable to tolerate her existence any longer, I pushed her down the stairs, but she simply rolled over at the bottom, laughed and ran off. I was furious. I even tried a second time, with no success. We were doomed to grow up in close proximity in working-class London.

When we moved to a semi-detached house in suburbia, I made sure I got the bigger bedroom. By then we were at different schools, and had little or no friends in common and hardly spoke to each other. When my sister disappeared and ran away for five days, she stole my savings book to finance her mini-break. After that, we were on separate paths.

I went to university and then became a journalist. My sister worked in a photographer’s studio and then in a supermarket when her son was born. We only saw each other at funerals and weddings. The more success I had, the more my dad was proud of me, and the more my mother complained that I was ‘too big for my boots’. 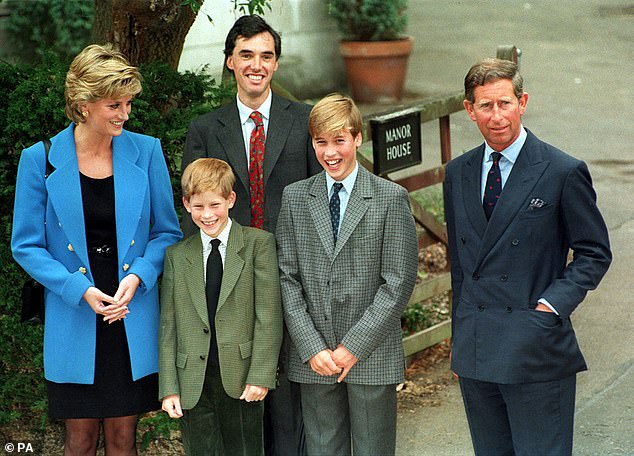 Diana tried her hardest to treat both boys as equals. She called the youngest Good King Harry, telling her youngest son that he was special 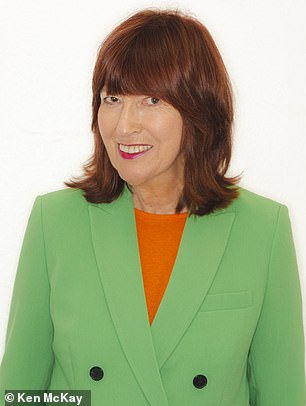 Directionless and without his beloved mother, Harry has invented his own mission – to expose and enumerate the countless ‘crimes’ and shabby treatment which have dogged his life since his mother’s ghastly death in 1997,’ writes Janet Street Porter

It took the death of my father to bring us together, because my mother was so demanding, and would not move closer to London for us to support her.

But my sister – like my mother – deeply resented my success and even sold her family photographs of me to the press when I appeared in I’m a Celebrity. I paid for my nephew’s expenses at university and bought him equipment he needed, but it didn’t make much difference. When we met for lunch or supper at Christmas, I had to pay for her taxis, otherwise she wouldn’t be bothered to come.

But we eventually managed to make our peace, and when she was stricken with lung and then brain cancer, I paid for her treatment.

Harry is furious that he is the youngest. But that’s not William’s fault. His devastating memoir is the product of decades spent noting and collecting grievances, but by airing them, Harry will make reconciliation almost impossible.

They range from petty incidents like being given a small bedroom at Sandringham when he turned up at Christmas in 2013, to being told (by William) he should not get married with a beard, even though the Queen (allegedly) had given her permission.

I’m not sure why a man in his mid-thirties needs permission from his granny to have a beard, but in so many respects Harry seems stuck in his early teenage years.

He says he was ‘not wanted’ as best man at his brother’s wedding and forced to be Master of Ceremonies, adding that he managed the job even though he was still suffering frostbite on his willy, after a trip to the Antarctic. Oh dear, poor Harry will say anything to make people love him as much as he thinks they admire his brother!

Telling us he killed 25 members of the Taliban during his second tour of duty in Afghanistan, is another ill-judged attempt to conjure up sympathy – even though it surely places his life in great danger.

Harry seems unaware of boundaries, of respecting intimate details of family life – perhaps because his ‘journey’ demands that he reveals everything and sheds his misery to achieve fulfilment and happiness in his new life in California.

Even his dad comes in for a kicking, for daring to want to marry Camilla, although Harry begged him not to. And then, he claims the Queen Consort sacrificed his well-being in order to side with others against him and craft a more positive image for herself.

Charles is said to have begged his sons not to make his final years ‘a misery’- something Harry seems to have ignored.

Harry has not only revealed too much about his tortured childhood and difficult relationship with his dad, but he seems to want those he trashes to make the first moves to attempt reconciliation.

Back in Harry’s drink and drug years – when he was searching for ways to find ‘the truth’- he describes taking magic mushrooms and drinking tequila in California. High, he imagined the toilet was talking to him.

That hazy memory of a talking toilet is the nearest he’s going to get to a friendly chat with William in the foreseeable future.

I'm a pro bargain hunter – I found a dupe for The White Company in ASDA, it looks identical and will save you £55 | The Sun