Home » World News » Jennifer Lopez reflects on Ben Affleck split: 'I honestly felt like I was going to die' 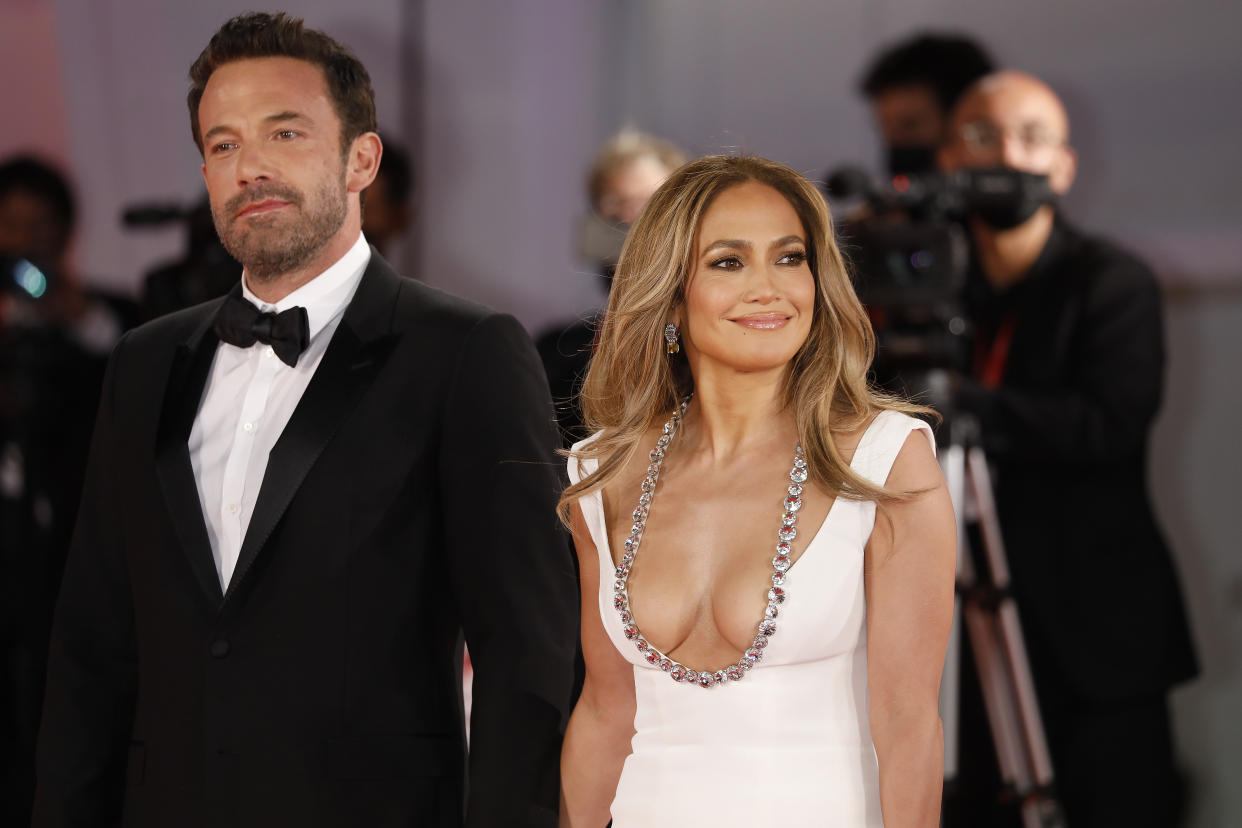 Jennifer Lopez said her and Ben Affleck's breakup 20 years ago was so "painful" she thought she'd "die." In a new interview, the singer talked about her latest Affleck-inspired album and what the actor-director said had to say about some seemingly personal lyrics.

Lopez, 53, spoke to Apple Music's Zane Lowe about her forthcoming album This Is Me…Now, a follow-up to her hit 2002 project This Is Me…Then.

"Twenty years ago, I fell in love with the love of my life," Lopez explained. "Now, the most amazing, incredible, unbelievable thing has happened… the reason we're here is because I want to capture this moment in time because it is even better than the first time."

Affleck and Lopez tied the knot (twice!) over the summer after rekindling their relationship. The Gigli co-stars initially called off their engagement in 2004.

"It was so painful after we broke up. Once we called off that wedding 20 years ago, I was — it was the biggest heartbreak of my life. I honestly felt like I was going to die," Lopez recalled. "It sent me on a spiral for the next 18 years where I just couldn't get it right. Couldn't get it right. But now, 20 years later, it does have a happy ending. It has the most would-never-happen-in-Hollywood ending. 'That would never happen. We're not going to write that because nobody would believe it' ending."

Lopez said that when she and Affleck got back together, he called her out for not performing songs that were about him on This Is Me…Then.

"I was like, 'You're right. It was painful.' It was a part of me then that I had to put away to move on and survive. It was a survival tactic, for sure," Lopez recalled. (By the way, she said Affleck "knows all of the words" to songs on that album.)

"This Is Me…Then really captured a moment in time where I fell in love with the love of my life. It's all right there on the record. I didn't even realize what was happening and what I was doing," Lopez remembered. "Every single song that we wrote there, me writing 'Dear Ben,' it was such a special moment in time to have captured."

Lopez said the media frenzy surrounding their relationship "destroyed us" all those years ago.

"That was part of what destroyed us was the outside energy that was coming at us. And we loved each other, it was hard. It felt, at times, unfair, but neither one of us is that person to be like, woe is me. So we were like, 'Well, we just got to dust it off and keep it moving.' And I think, in the weirdest way, that it motivated both of us to then become and do the things that we wound up doing, which is kind of go into hyper-gear," she said, noting they had "to do it separately." He went into hyper-gear and I went into hyper-gear. But not together. We had to do it separately… It fueled us in a weird way that we felt we had to prove ourselves again."

Lopez hinted that This Is Me…Now will feature similarly personal lyrics as its predecessor.

"We captured me at this moment in time when I was reunited with the love of my life and we decided we were going to be together forever. The whole message of the album then is this love exists. This is a real love. Now I think what the message of the album is very much if you were wondering if you have, like me at times, lost hope, almost given up, don't. Because true love does exist and some things do last forever and that's real," the Marry Me star shared.

"I want to put that message out into the world and that does take a lot of vulnerability. But I couldn't stop myself and some parts of it scare me. And I think parts of it scare Ben too. He's like, 'Oh, do you really want to say all this stuff?' And I'm like, 'I don't know how else to do it, baby,'" Lopez teased.

NENT Group to Launch Streaming Service In The U.S., Poland

Julie Chen Is Reportedly No Longer Speaking To Her Former ‘The Talk’ Co-Hosts, Per ‘Radar’