Jeremy Clarkson punched a Top Gear producer due to ‘huge pressure’ that meant something was always going to ‘boil over’, James May has claimed.

The broadcaster said that at the time of the 2015 incident he, Clarkson and co-presenter Richard Hammond were aware they needed to maintain the success of ‘the biggest factual entertainment show in history’.

And compared to the excesses of rock and roll bands and footballers, the 57-year-old says he considers the then-BBC show stars to have been ‘quite well-behaved’. 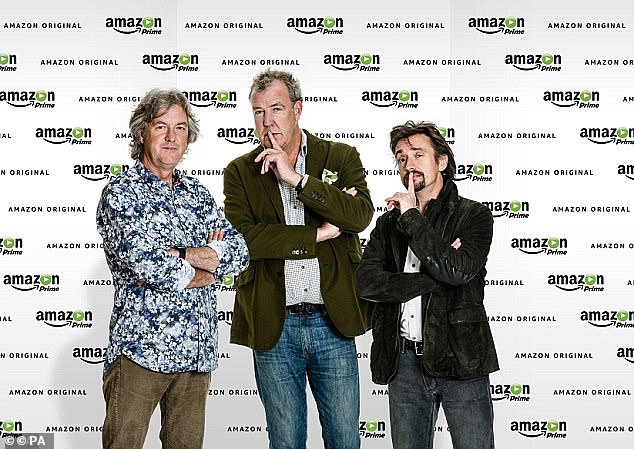 Clarkson was fired by the BBC over the incident in 2015 and co-stars James May, left, and Richard Hammond, right, both quit before the trio joined Amazon to present the Grand Tour

Clarkson, 60, was dropped by the corporation after he punched producer Oisin Tymon in a late-night row about dinner.

Clarkson flew into a rage after being told he could not order a sirloin steak after a day of filming in March last year, calling Mr Tymon a ‘lazy, Irish ****’ during a confrontation at a hotel in North Yorkshire.

Oisin Tymon launched the lawsuit against both Clarkson and the BBC after the presenter gave him a bloody lip in a fight which led to him being sacked from the motoring show.

Clarkson and his former employers have agreed to pay out more than £100,000 to the sacked producer – in a move which allowed the BBC to dodge the embarrassment of a full tribunal hearing.

May and Hammond promptly quit after Clarkson was sacked and the three went on to start The Grand Tour on Amazon Video.

Talking about the lead up to the incident, May told the Out To Lunch podcast: ‘There was a huge amount of pressure at the time.

‘I hate the idea of being smug about it, but we were the world’s biggest factual entertainment show – the biggest one in history, possibly.

‘It’s a huge number, and there is a pressure to keep it up. Occasionally it will boil over in one way or another.

‘If we were AC/DC or Led Zeppelin, or the Rolling Stones and we were throwing up out the back of Rolls Royces or occasionally giving somebody a slap… 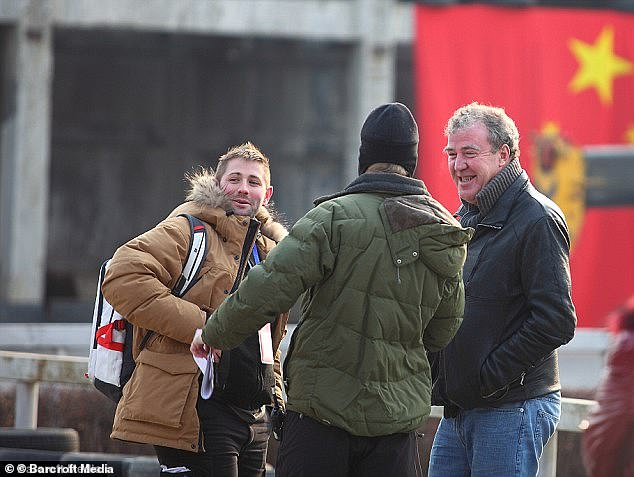 Colleagues: Mr Tymon (left) and Jeremy Clarkson (right) pictured filming together in China in December 2011 before Clarkson punched Mr Tymon over a late-night row about dinner in 2015

‘Or if we were a professional football team misbehaving in a nightclub, people would go ‘oh that’s terrible, those rock stars…’

‘It wasn’t really that different, being Top Gear. And on the whole, I think we behaved quite well.’

Following the incident, May said he felt ‘morally obliged’ to stand by his co-presenters, saying: ‘That was a bad moment, but everybody’s had one, they just tend not to be as public as his was.

‘You’re sort of morally obliged to do what the vast majority of the viewers want.

‘Some of the viewers were very annoyed about it, but a lot of them wanted to see us stay together.’