A clip posted online by the Treasury features the Chancellor in a cafe using a stack of cups to explain soaring prices.

After ordering a flat white, Mr Hunt describes the pressure on costs of coffee, and says the government is determined to halve the headline CPI – currently running at over 10 per cent annually.

Having had the coffee delivered to his table, he then picks up another from the barista as he walks off.

But the video has been ridiculed on social media for failures in punctuation and maths – while Tories queried why he made no reference to money supply, after the Bank of England’s quantitative easing programme was partly blamed for the spike in prices. 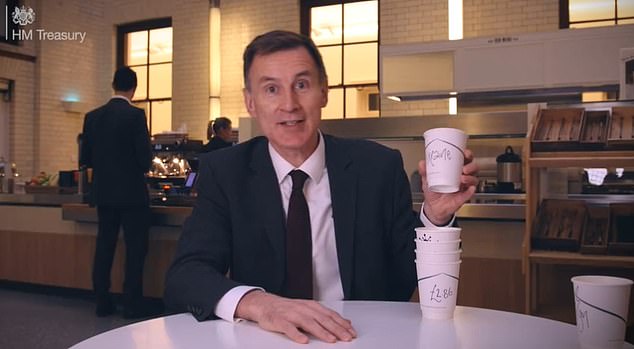 He said factors contributing to inflation which included the supply chain squeeze after the pandemic, the war in Ukraine and persistently high energy prices.

High inflation means ‘unemployment going up, businesses failing, the pound in your pocket is worth less than it used to be’.

The Government’s aim to halve the inflation rate by the end of the year was listed as one of the ‘peoples priorities’ – missing an apostrophe.

Politics professor Tim Bale, from Queen Mary University of London, was among those casting shade on the video, saying it was ‘a classic of the genre’.

Questions were also asked about how much taxpayer money had been used producing the clip. 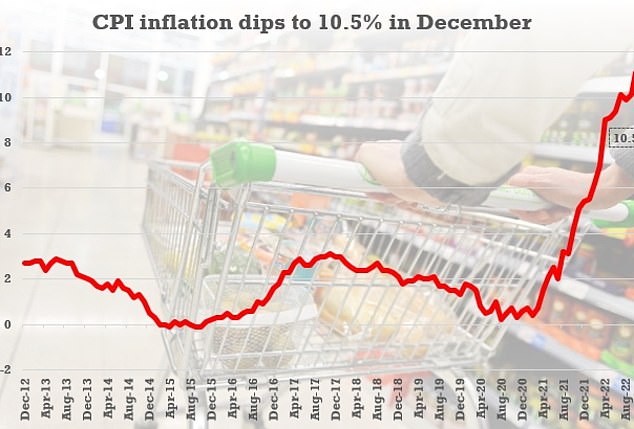 University of Nottingham politics emeritus professor Steven Fielding said: ‘I hope he recycled all those cups he wasted.’

A Labour source said: ‘The Chancellor’s ‘not me guv’ explainer misses out the fundamental fact that the British public have been so exposed to economic shocks and the energy crisis because of 13 years of Tory failure and his party’s chaos crashing the economy.

‘This is about more than the price of coffee – it’s about people’s mortgages and energy bills going through the roof, their fears for the future, and the government having no plan to address it.’

‘What’s even more shocking is that Jeremy Hunt airbrushed one of the main causes of economic pain – Liz Truss’s disastrous mini-budget that resulted in the biggest tax hike for a generation.’

Selena Gomez Once Admitted She Had a Crush on Chris Evans