LONDON (Reuters) – A defiant Prime Minister Boris Johnson was flying home early on Wednesday after the Supreme Court ruled he had unlawfully suspended parliament, with no end in sight to Britain’s deep political crisis over Brexit. 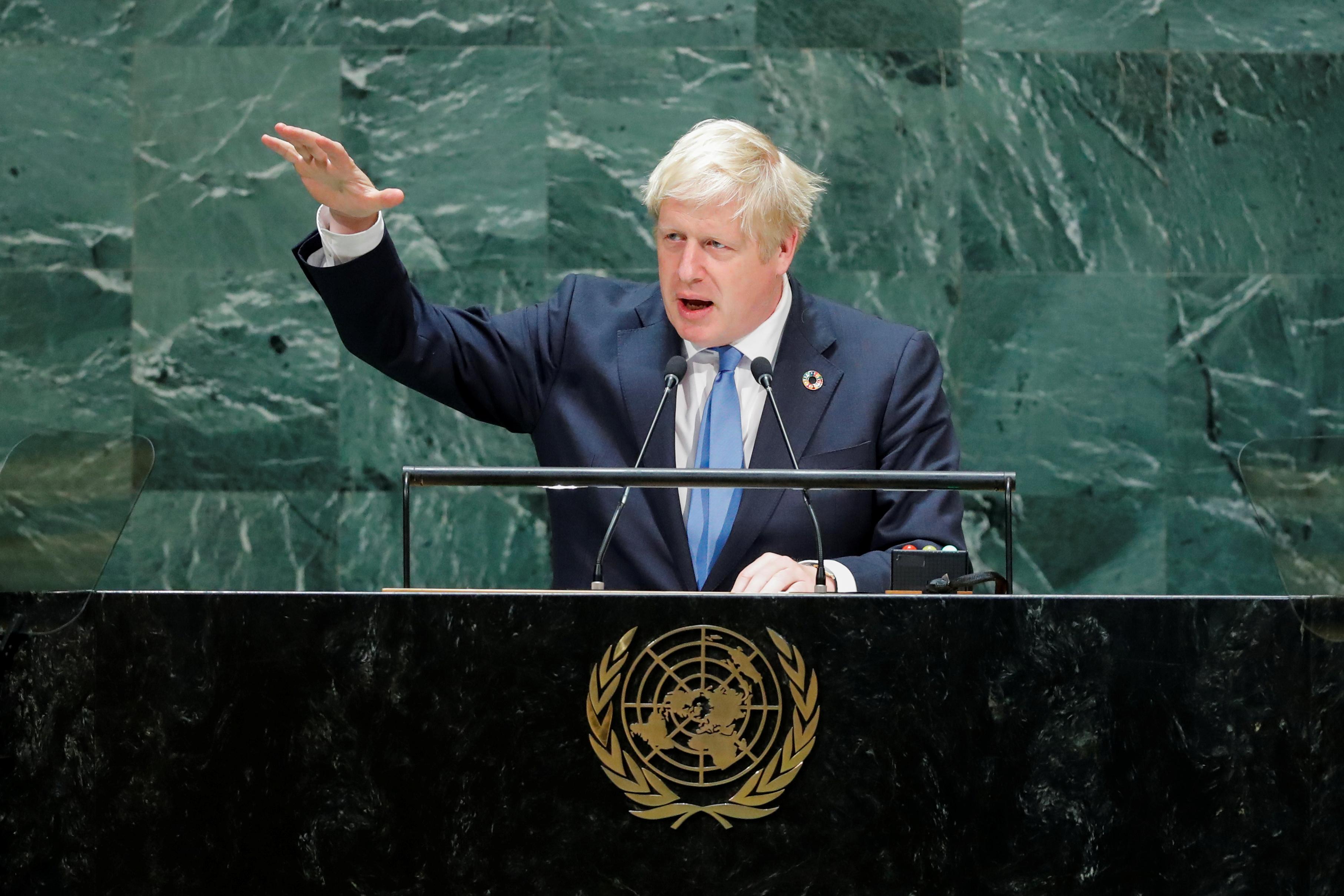 Johnson is determined to lead Britain out of the European Union on Oct. 31, with or without an exit agreement, but most members of parliament are equally determined to prevent a so-called “no-deal Brexit” scenario.

The House of Commons, where Johnson has no majority, will reconvene at 1130 a.m. (1030 GMT) after the Supreme Court ruled on Tuesday that his decision to suspend it for five weeks was unlawful and therefore null and void.

It is unclear exactly what will happen next. Johnson has rejected calls from some political opponents to resign. The main opposition Labour Party is itself deeply split over Brexit, and appears to be vacillating about whether to launch a motion of no-confidence to try and bring Johnson down.

Johnson has repeatedly said his preferred Brexit outcome would be to agree an exit deal with the EU’s 27 other members before the Oct. 31 deadline, and that he was hopeful he would achieve that.

However, EU negotiators say he has made no new proposals capable of breaking the deadlock over the issue of how to manage the border between Ireland, an EU member, and Northern Ireland, which is part of the United Kingdom, after Brexit.

Against that backdrop, reactions to the Supreme Court’s blistering ruling among British politicians showed that divisions were deeper than ever.

‘BULL IN A CHINA SHOP’

Jacob Rees-Mogg, the leader of the House of Commons and one of the most ardent advocates of Brexit, was reported by British newspapers to have said during a conference call with Johnson and other cabinet members on Tuesday that the Supreme Court had carried out a “constitutional coup”.

Johnson himself was combative after the ruling, telling reporters in New York on Tuesday that he strongly disagreed with the Supreme Court justices, and complaining that there were many people trying to thwart Brexit against the will of the people.

On the other side of the divide, one of Johnson’s own former cabinet members, Amber Rudd, said it would be irresponsible for the government to cast the ruling as an anti-Brexit move when Johnson’s defense all along was that his decision to suspend parliament in the first place had nothing to do with Brexit.

Former minister Dominic Grieve, an influential member of parliament and an anti-Johnson rebel within the ruling Conservative Party, accused the prime minister of behaving “like a bull in a china shop”.

Grieve told Sky News early on Wednesday that Johnson should abandon his attempts to force through a no-deal Brexit which had no support in parliament, and instead engage in sensible dialogue with legislators to find a way out of the quagmire.

“My judgment is that there’s only one way out and that is to have a second referendum, because otherwise we’re going to carry on going round in circles. But he’s entitled to put other ideas forward if he thinks he’s got them,” Grieve said.

“He says he wants to get a deal but there’s no evidence he’s even started negotiating a deal with the EU and it’s quite clear that the House of Commons and parliament will not accept leaving without an agreement because it’s so damaging for the future of our country.”

Before the suspension, parliament had passed a law requiring Johnson to ask the EU to push back the Oct. 31 deadline if no exit deal was agreed by Oct. 19. Asked by reporters on Tuesday how he planned to overcome that obstacle, Johnson simply ignored the question and insisted Brexit would take place on Oct. 31, come what may.

Explainer: Reality check for Johnson's Brexit – it's just the beginning

'Gilmore Girls': How Rory Gilmore's Spring Break Is Connected To 'Veronica Mars' and 'The O.C.'