Flanked by horse-drawn carriages and with his arm around his daughter Emily, this is King Charles’s scandal-hit former aide Michael Fawcett at the masked ball he held to celebrate her 21st birthday.

But what will raise eyebrows is the location for the lavish party: Dumfries House – the stately home in Scotland owned by The Prince’s Foundation.

The charity is the subject of a police inquiry over allegations of ‘cash for honours’ following a series of stories in The Mail on Sunday.

Mr Fawcett’s role as the foundation’s former executive director is under particular scrutiny. 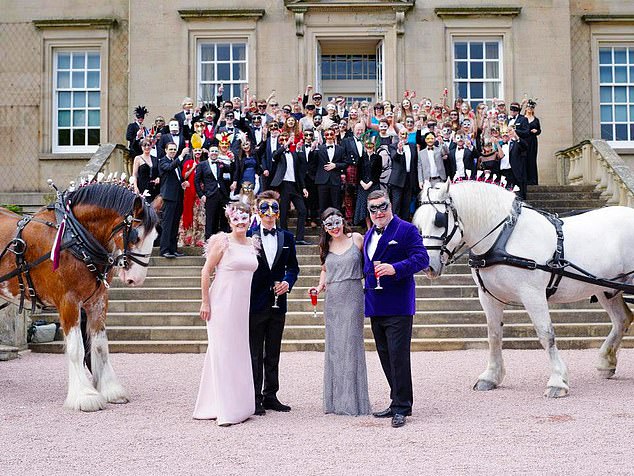 The birthday party in June 2015 lasted the weekend at the 2,000-acre Ayrshire estate 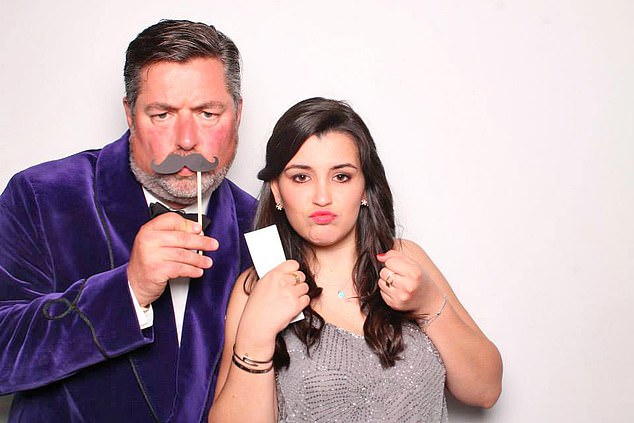 The revelation that he held the party at Dumfries House will only bolster the perception of his closeness to King Charles, for whom he was a valet before becoming his charity chief.

The birthday party in June 2015 lasted the weekend at the 2,000-acre Ayrshire estate.

After arriving at the stately home on horse-drawn carriages, guests sat down to a black-tie dinner with champagne in a cavernous white marquee surrounded by gilded mirrors and spotlights.

The dinner was followed by a ball held in the Tapestry Room – adorned with 18th Century Flemish tapestries – with scores of guests wearing ornate Venetian masks.

Joining Mr Fawcett and Emily, now 28, were his wife Debbie, and their son, Oliver, who is now 32 and runs a creative digital arts agency.

Miss Fawcett posted dozens of pictures on Facebook which had been taken inside a photo booth at the party. In one photograph, Mr Fawcett posed wearing a fake moustache while his daughter pursed her lips for the camera.

The guests also included the sons and daughters of executives from the Spanish tiling giant Porcelanosa, which years earlier had drawn the then Prince of Wales into controversy after he accepted their donations to his charities and gave the company a Royal Warrant.

Mr Fawcett, 59, has enjoyed repeated stays at a holiday home in Spain owned by the firm. 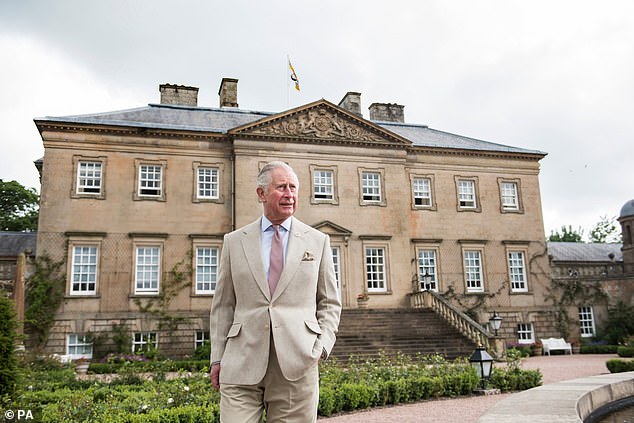 The revelation that he held the party at Dumfries House will only bolster the perception of his closeness to King Charles, for whom he was a valet before becoming his charity chief

At the time of the party, Mr Fawcett was the Prince’s Foundation’s executive director on an annual salary of £311,000. The Foundation has been in charge of the £30million restoration of Dumfries House after the Prince acquired it for the nation in 2007.

There is no suggestion of wrongdoing on Mr Fawcett’s part in holding the birthday party at Dumfries House, south of Glasgow.

Mr Fawcett resigned from his role as chief executive of the Prince’s Foundation last year after The Mail on Sunday revealed how he had offered to help a Saudi billionaire, Mahfouz Marei Mubarak bin Mahfouz, obtain a knighthood and British citizenship in return for his ongoing and generous donations of about £1.5 million to the future King’s charities. In return for donations made by Dr Mahfouz, who denies any wrongdoing, it is believed a fountain at Dumfries House has been named after him, as well as several benches on the estate, but without the knowledge of King Charles.

On Friday, the Met disclosed that two men – one in his 40s and the other in his 50s – had been questioned under caution on September 6 as part of the probe. A Palace source said that the King himself was unlikely to be questioned.

Last night, the Prince’s Foundation said that correct procedures had been followed when the Fawcetts hired the venue.

The Foundation said: ‘Commercial revenue generated by The Prince’s Foundation, including from events, is invested in our education and training programmes that help students get jobs and advance their education and careers. We do not comment on details involving private functions at any of our venues for hire.’

Maralee Nichols Shuts Down Tristan Thompson Child Support Reports: He Has Done Nothing

I gave birth at 36,000ft – Four hero passengers rushed to my side to help deliver my baby | The Sun