The U.K. government has looked to play down concerns about leaked documents that outlined preparations for Brexit, which included warnings about fuel, food and medicine shortages, as well as severe travel disruption and civil unrest if Britain leaves the European Union (EU) without a deal.

The report, entitled “Operation Yellowhammer” and made by the Cabinet Office, was leaked to the Sunday Times, with the Oct. 31 deadline for leaving the EU just over 10 weeks away.

The “Base Scenario” for a “no-deal” Brexit, which is the minimum expectation according to the report, suggests that “public and business readiness for no-deal will remain at a low level,” as outlined in the Sunday Times. 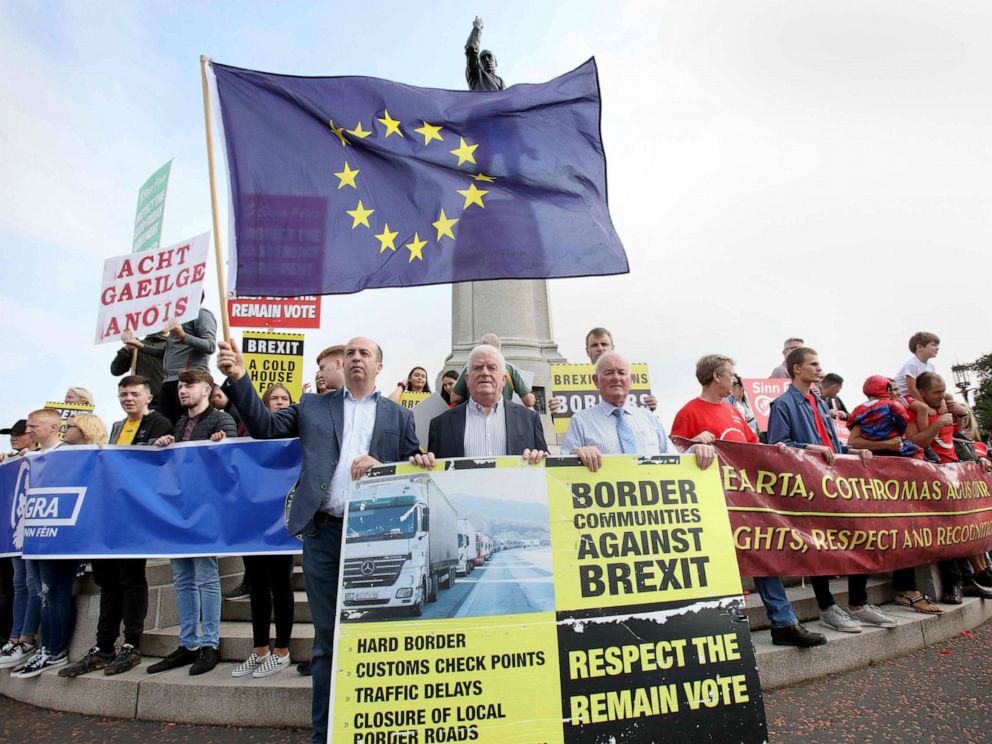 Among the key takeaways from the report are that disruption to traffic across the English Channel will cause “significant” traffic queues in Kent, the county that borders with the channel, with large goods vehicles facing delays of up to two and a half days to cross the border. This could have the added effect of “disrupt[ing] fuel supply in London.” 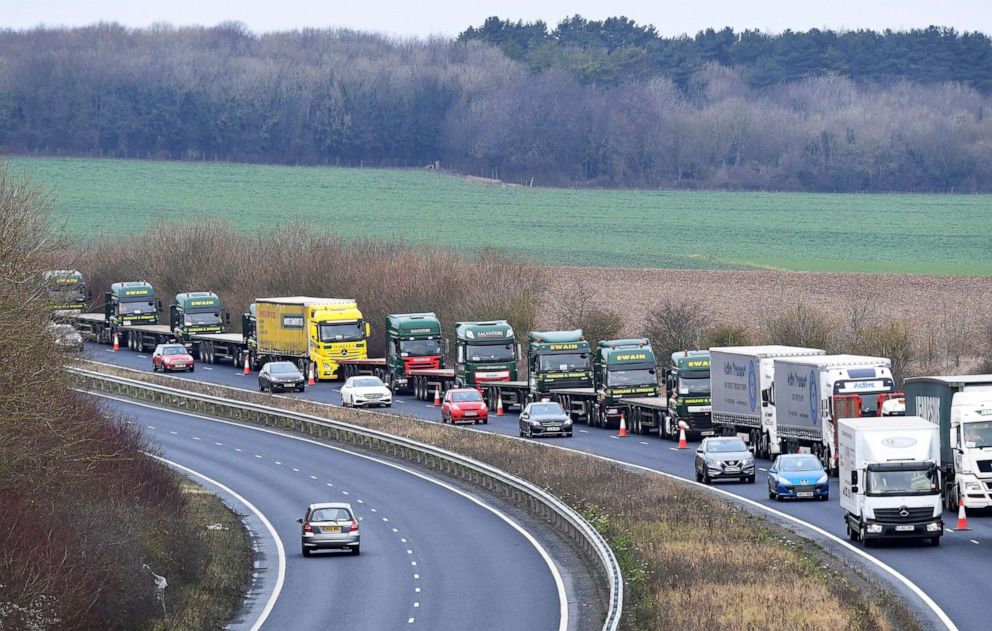 Certain types of fresh food supply will also decrease, which adds to the “risk that panic buying will disrupt food supplies,” according to the report. Meanwhile, expected “protests and counter protests” in the U.K. would use up police resources and result in “a rise in public disorder and community tensions,” the report adds.

And the impact of a “no-deal” Brexit on Northern Ireland, which was integral to the failure of the deal former Prime Minister Theresa May negotiated with EU leaders, could result in “disruption to key sectors and job losses are likely to result in protests and direct action with road blockades,” according to the report.

The U.K. is set to leave the EU on Oct. 31, but the country’s political future has never looked more uncertain. If lawmakers are unable to agree on a deal with their European counterparts about various rights and trade plans, the result with be a “no-deal” Brexit, which would expose the U.K. to significant trade tariffs overnight. Supporters of this outcome say it represents a clean break from the EU, which respects the result of the referendum of 2016, while critics say it will be hugely damaging to the economy. 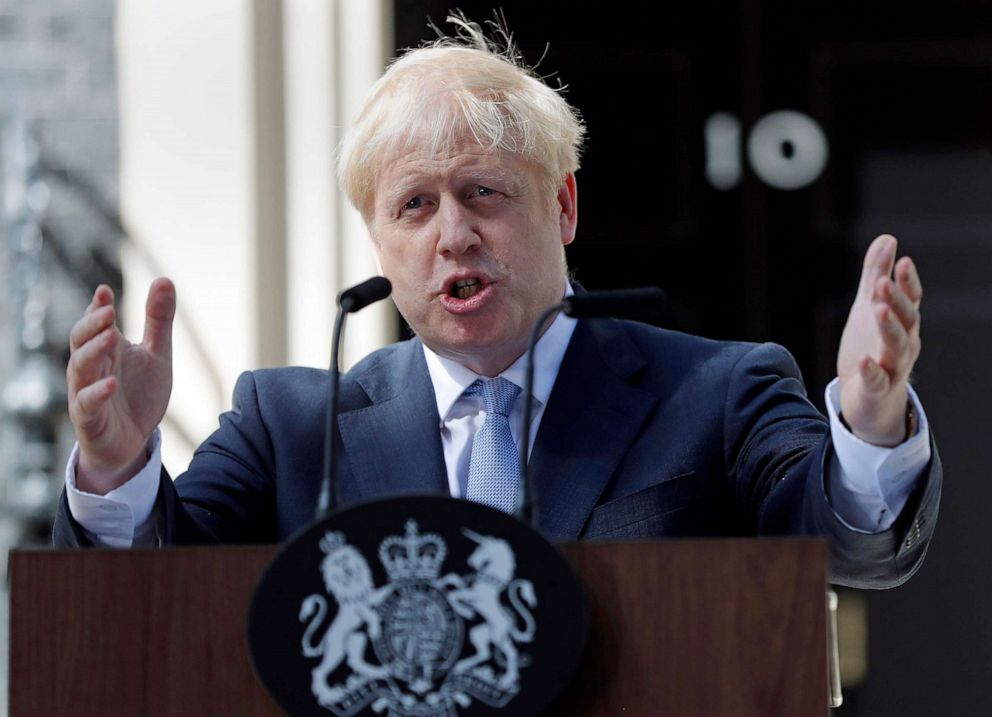 A spokesperson from Number 10 Downing Street told ABC News the Yellowhammer report was “out of date” and the government were making all necessary preparations to leave the EU, with or without a deal, on Oct. 31. “[We are] better prepared now than we’ve ever been, but there is still more to be done,” the spokesperson added.

Several government figures were quick to downplay the fears sparked by the Sunday Times’ reporting. The Cabinet Office pointed to a tweet by leading government lawmaker Michael Gove when contacted by ABC News, which implied that the report was out of date.

He tweeted, “We don’t normally comment on leaks – but a few facts – Yellowhammer is a worst case scenario – v significant steps have been taken in the last 3 weeks to accelerate Brexit planning.”

Johnson has repeatedly made it clear that the U.K. will leave the EU, with or without a deal, on the Oct. 31 deadline. Meanwhile, the leader of the opposition Labour Party, Jeremy Corbyn, is set to call a “no confidence motion” in Parliament, in a bid to collapse the government and trigger a general election.

The prospect of a “no-deal” has also received mixed messages from the United States. On his recent trip to the U.K., National Security Adviser John Bolton said that the United States was willing to negotiate a trade deal “in pieces” in order to speed up a post-Brexit trade agreement. 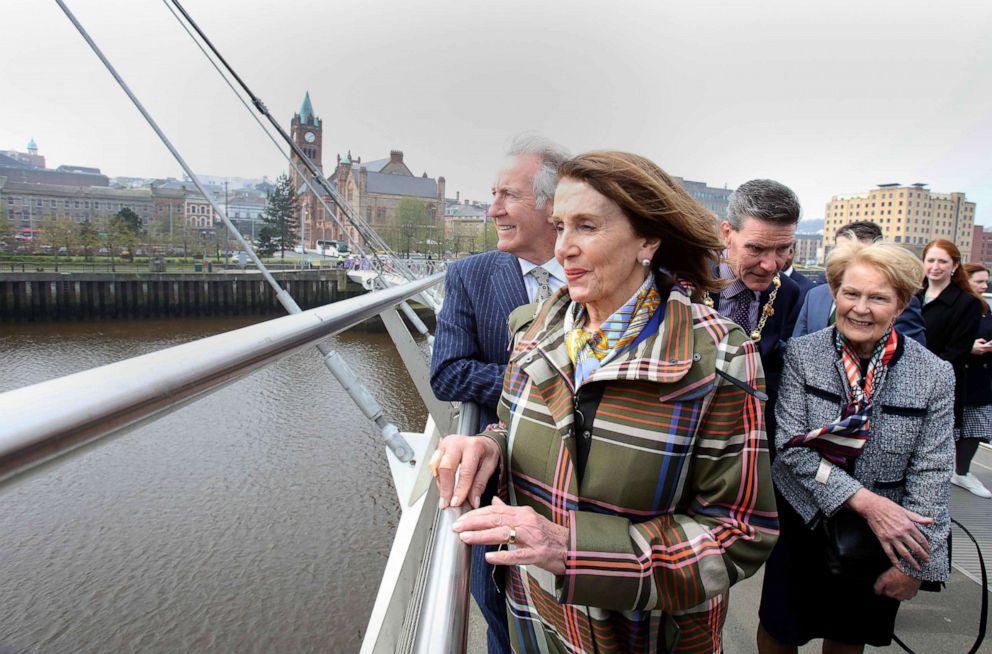 However, House Speaker Nancy Pelosi said last week that if Brexit undermines peace in Northern Ireland, “there will be no chance of a U.S.-U.K. trade agreement passing the Congress.”

Preparations for a “no-deal” Brexit have increased over the past 12 months. Last December, ABC News reported that troops were on standby to deal with possible civil unrest, and that five leading business groups issued a joint statement that said “businesses have been watching in horror” at the prospect of a no-deal Brexit.

Customer finds mouse in his packet of rice from Lidl