Los Angeles Lakers star LeBron James has been a member of the NBA for a long time. LeBron is in his 20th season in the league, and while his age hasn't slowed his production, opposing players have no problem broaching the subject.

The moment was picked up by the television broadcast. Smith can be heard telling James, "You played against my dad your first NBA game ever." James thought that over momentarily before Smith responded, "You feel old, don't you?"

“You played against my Dad your first NBA game ever.”

Smith wasn't trying to get under James' skin with the comment. He was merely making small talk with a legend.

Smith's exchange paid off in a big way after the game — a 140-132 Lakers win — when James met Jabari Smith Sr. on the court. The two shared a hug and exchanged words on the court. When asked about the moment, Smith Sr. told Rockets reporter Vanessa Richardson it was "unbelievable" to watch his son take on James.

I asked Jabari Sr what it was like to watch his son take on LeBron.

James, 38, has been in the NBA for quite some time. During his 20 seasons, James has played with at least one teammate born in the '60s (Scott Williams) and another who was born in 2003 (Lakers rookie Max Christie).

James might be old, but he hasn't slowed down on the court. He's averaging 29.7 points, 8.4 rebounds and 7 assists per game. All three of those figures are better than James' rookie season averages, when he squared off against Smith's father. 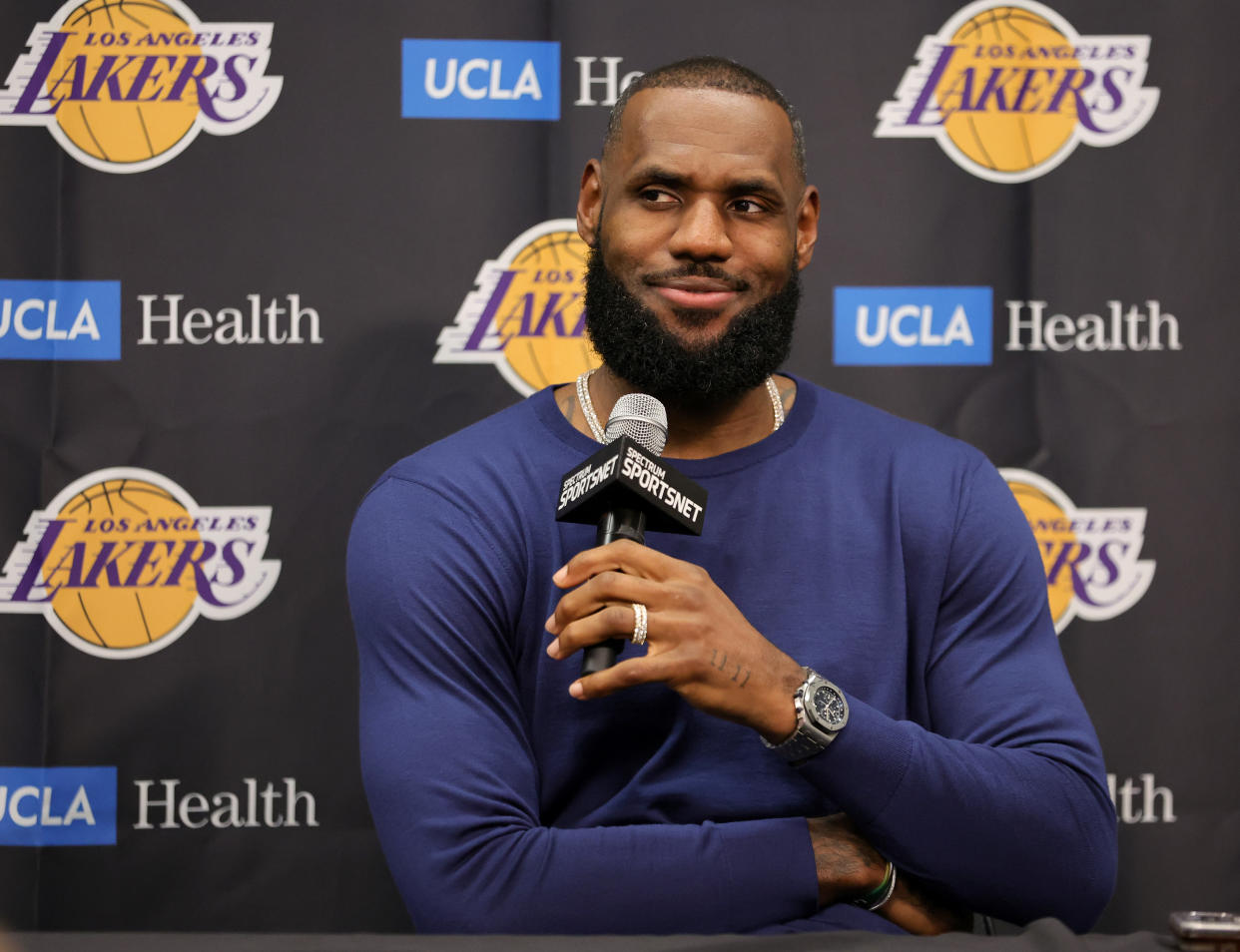