Lily Tomlin, Jane Fonda, Rita Moreno and Sally Field are ready for some football — and other fun and games — in the new trailer for 80 for Brady. But, surprisingly, there's very little Tom Brady.

The movie comedy, inspired by a true story, sees the famed actresses as the ultimate senior girl gang who also happen to be Brady superfans. On a whim — bored with their lives, despite being pretty glam octogenarians — they go on a girls' trip to see the New England Patriots in the 2017 Super Bowl in Houston.

"This could be Tom's last one. He's almost 40 — that's like 80 in people years," quips Tomlin of Brady, who appears in the film and produces it. Of course, we all know it wasn't his Super Bowl or game — though he's now throwing for the Tampa Bay Buccaneers.

While they rally and jet off to the NFL's premiere sporting event, they forget one key factor in attending the Super Bowl — tickets, which are notoriously expensive. (Think: thousands.) 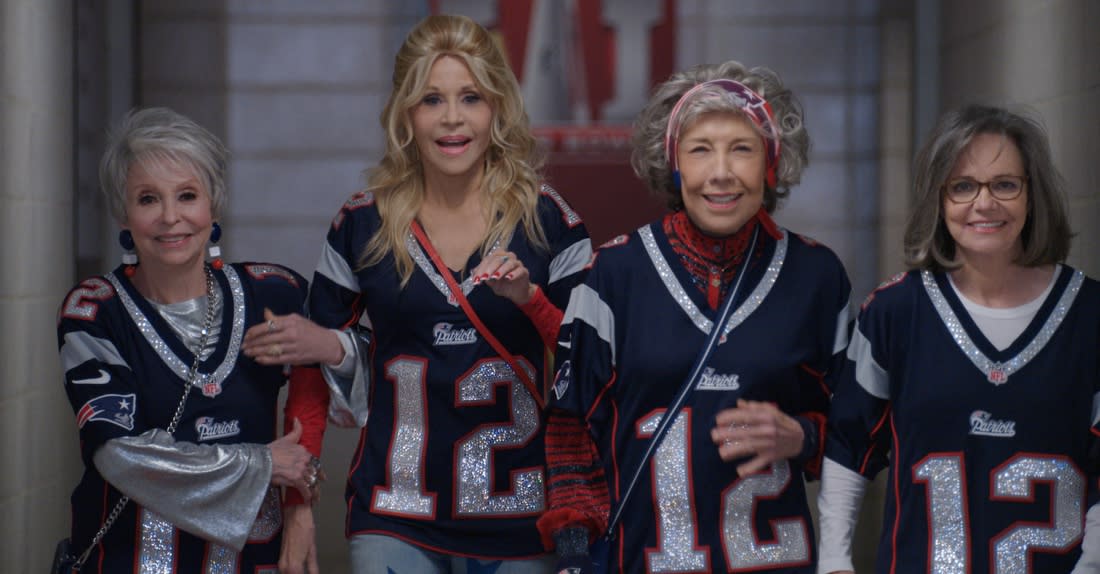 So the social security collecting crew goes about figuring out how to get into the big game — like Field entering a spicy BBQ hot wings eating contest hosted by Guy Fieri, of course. ("Bring the pain!" the foodie yells.) Or pretending to be Billy Porter's backup dancers. The women all have their different means of trying to accomplish the goal, including an on-the-prowl Fonda ending up in a closet with Harry Hamlin. Another funny moment is Moreno trying to elude a security guard, who easily stops the "Golden Girls."

There's surprisingly little Brady in the trailer for a movie, with his name in the title, but he's there encouraging his teammates in a blink-and-you-missed-it moment. "Let's go!" the seven-time Super Bowl champion (and new divorcé) yells — his only words. (And we'll add they're more G-rated ones than some of his recent rants on the field.) He has played himself in movies before, like 2015's Ted 2, but it's expected this is a bigger role, at least more than the 5 seconds of him walking on the field in this suggests. 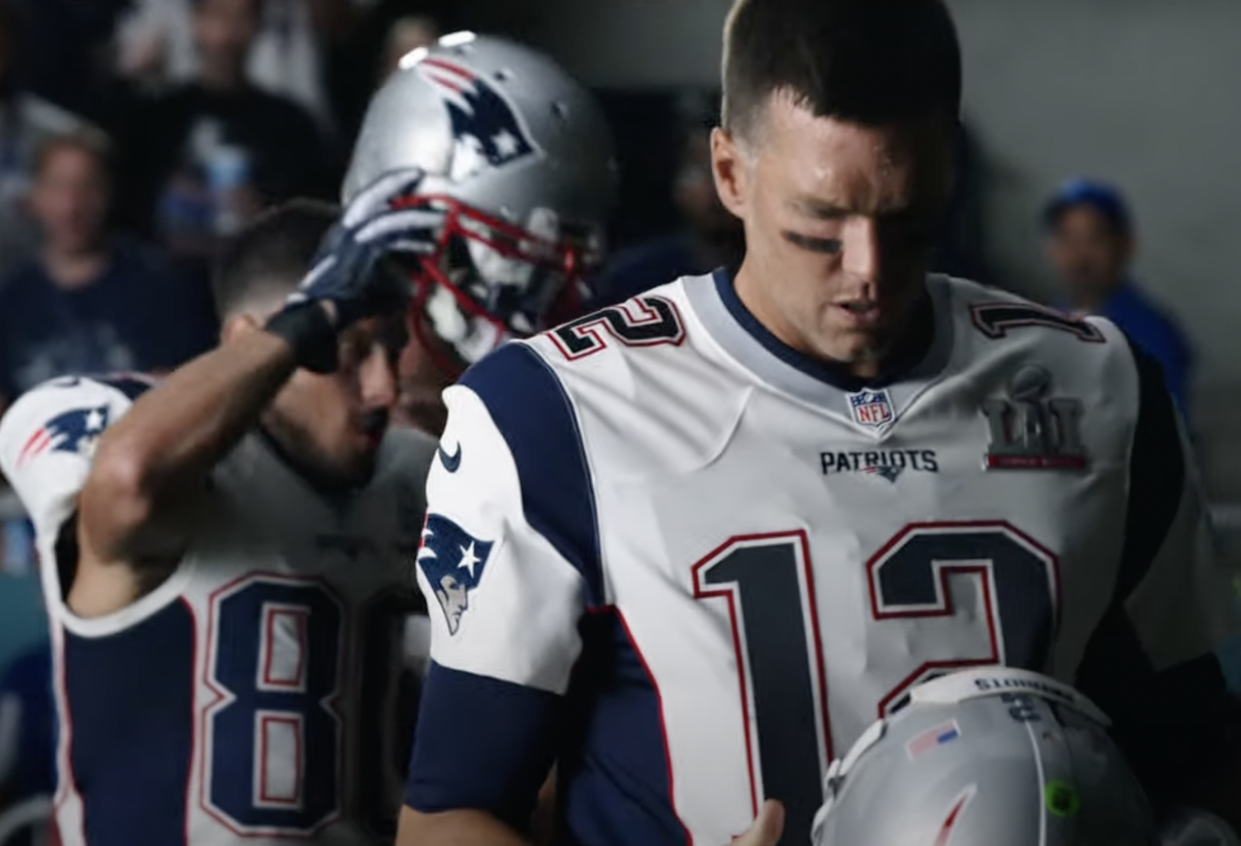 Brady's favorite tight end Rob Gronkowski, whom Fonda also ends up close and personal with, actually says more that the QB. "Gronk!” the wide-eyed Fonda gushes. "Hi," he the now-retired player says. "So big," she says. "Thank you," he replies during the funny/awkward locker room encounter.

While there's a football theme, the movie goes deep on friendship. ("Isn't that what friendship is?" asks Field at one point. "We face the unknown together?") But it's also straight hijinks — like Moreno getting a surprise dose of some type of hallucinogen that makes her see a full room of Fieris.

‘Shameless’: Emmy Rossum Was ‘Punked’ When Jimmy-Steve Returned in Season 5; ‘It Blew My Mind’

Woman dies from coronavirus in Belgium after refusing a ventilator

My neighbour lets her six-year-old spy on us in our garden, she even told me about it – it’s so awkward