The residents of a Canadian town have been told to stay inside and lock their doors as officers hunt a pair of teenagers suspected of a triple murder.

The Royal Canadian Mounted Police (RCMP) gave the warning after receiving a tip last night that “two males matching the description of the wanted suspects” were seen in York Landing, Manitoba.

They added it was “critical” residents of the remote northern town “stay indoors as much as possible with their doors locked”. Kam McLeod, 19, and Bryer Schmegelsky, 18, have been charged with second-degree murder after the death of Leonard Dyck.

They are also suspects in the fatal shootings of Lucas Fowler, from Australia, and his US girlfriend Chynna Deese of Charlotte, North Carolina.

Their bodies were found along the Alaska Highway, about 300 miles from Mr Dyck’s killing, on 15 July.

RCMP Manitoba said the Royal Canadian Air Force was assisting with the search.

Police had earlier been searching further east in the town of Gillam, aided by tracking dogs and drones.

The father of one of the suspects has sent a book to reporters describing his mental health, harassment convictions involving his ex-wife and his relationship with his fugitive son.

Alan Schmegelsky said the book, titled Red Flagged, is a novelisation of real events and fictionalises some incidents.

He said he sent the book to reporters to highlight how a “broken system” has shaped him and his son. 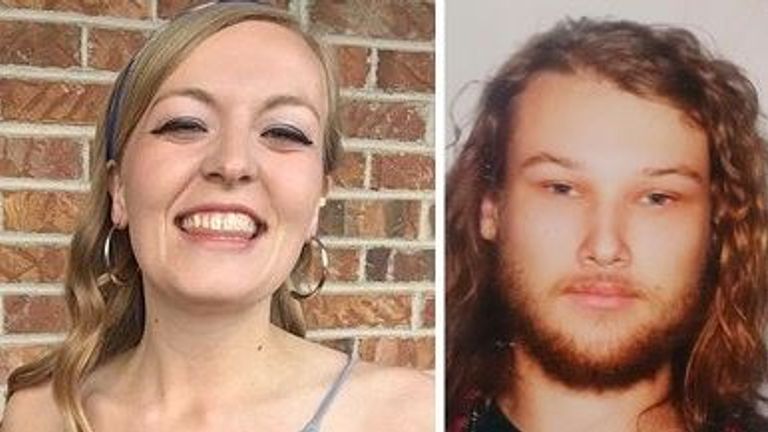 Mr Schmegelsky continued: “My son and I have been treated like footballs. It’s time for some truth.”

He wrote that he was arrested by Victoria Police on August 4 2008, his son Bryer’s eighth birthday, three years after an acrimonious split with the boy’s mother.

The father was charged with criminal harassment in December 2008, court records show.

He was also found guilty of the lesser offence of disobeying a court order.

Mr Schmegelsky returned to court numerous times over the next decade on charges of harassment and breach of probation.

He said he does not have a permanent residence and has been homeless for about two years, staying primarily in Victoria, and did not see his son between the ages of eight and 16.

What's next for Rebekah Vardy after her Wagatha Christie loss?