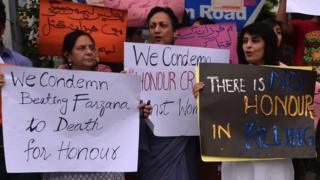 A man who filmed himself kissing two girls who were later murdered in a so-called “honour killing” has been arrested, police in Pakistan have said.

Umar Ayaz, 28, is charged with making the video, according to a police statement seen by the BBC.

The father of one of the girls and another three of their relatives were arrested for failing to report the killings and concealing evidence.

The man believed to have carried out the murders remains at large.

Police say they are looking for Mohammad Aslam, and have also arrested another man on whose phone the footage was shot and who has been charged with sharing the video.

The teenage girls, cousins aged 16 and 18, are said to have been shot dead by the suspected killer last week in the village of Shaam Plain Garyom on the border of North and South Waziristan tribal districts in Khyber Pakhtunkhwa province.

The officers who travelled to the village “found traces of blood, as well as blood-stained fabric”.

The girls’ killing appears to be related to the video which was shared on social media. The video, seen by the BBC, shows a young man recording himself with three teenage girls in a secluded area outdoors.

It appeared the video was shot nearly a year ago but went viral a few weeks ago.

According to police, the third girl – who is not kissed by Mr Ayaz in the footage – is the wife of the alleged killer, and is believed to be in hiding. Police say they are looking for her as her life may still be at risk.

Human Rights Watch says that violence against women and girls remains a serious problem in Pakistan.

Activists believe about 1,000 such “honour killing” murders are carried out across the country every year.

Many such murders go unreported. The 2016 murder of social media star Qandeel Baloch, whose life and death caused a sensation in socially-conservative Pakistan, led to the government tightening the laws.

What is an ‘honour killing’?

It is the killing of a member of a family who is perceived to have brought dishonour upon relatives.

Pressure group Human Rights Watch says the most common reasons are that the victim:

But killings can be carried out for more trivial reasons, like dressing in a way deemed inappropriate or displaying behaviour seen as disobedient. 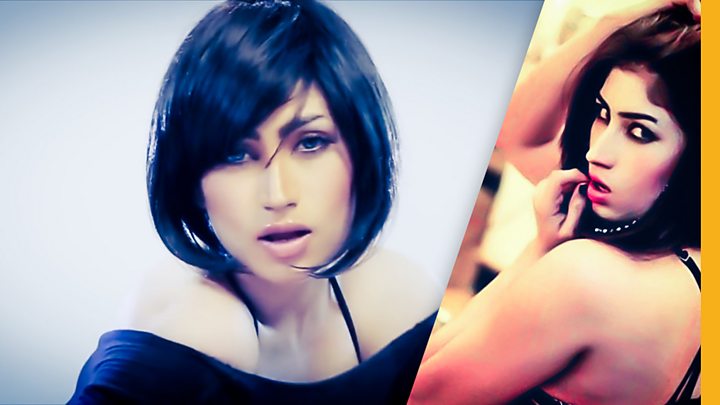