Theresa May’s Brexit deal will leave the UK £100billion-a-year poorer than remaining in the EU by 2030, a report claimed today.

The package signed off by Brussels at the weekend will reduce the value of the UK’s economy by 3.9 per cent, at a cost of more than £1,000 a person, according to research.

The cost would be the equivalent of losing the economic output of Wales or the City of London, the research commissioned by second referendum campaigners found.

The report from the National Institute for Economic and Social Research (NIESR) shows the economic impact of the Brexit deal on trade, wages, tax revenue and investment. 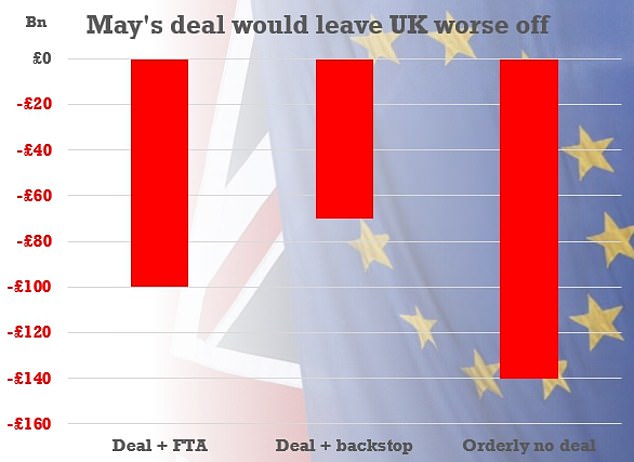 The package signed off by Brussels at the weekend will reduce the value of the UK’s economy by 3.9 per cent, at a cost of more than £1,000 a person, according to research

The economic think-tank modelled different Brexit scenarios against a baseline of staying in the EU.

It reveals that the Prime Minister’s deal, including leaving in March 2019 and a transition period until December 2020, before moving to a free trade agreement, would impact the UK economy.

The think-tank said that this approach would result in a ‘catastrophic reduction in trade and investment’.

By 2030, at the end of the first decade outside the EU, it estimates that Gross Domestic Product would fall by 3.9 per cent a year, or £100 billion annually.

This would amount to an average cost per person a year of £1,090 at today’s prices, the think-tank predicted.

It also predicted that total trade between the UK and the EU would fall by 46 per cent.

But Brexiteers will argue the analysis does not take into account the possibility of Britain striking lucrative trade deals in the future.

Sir Vince Cable said: ‘This proposed Brexit deal is an absolute mess. It leaves Britain with less say over key decisions than we already have as a member of the EU and today’s report also shows how it will leave our country poorer.

‘Nobody voted for less control or to be worse off but somehow the Government have managed to come up with something that will achieve both.’ 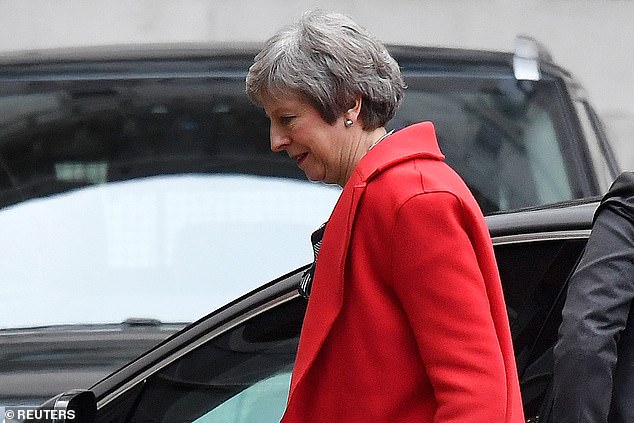 Breaking Down the Salaries of Media’s Most Powerful Executives

Pompeo looks forward to meeting with Venezuela's Guaido in Colombia