Volume one of the Duke and Duchess of Sussex’s six-episode docuseries, which is titled Harry & Meghan, will begin streaming on Netflix on Dec. 8. Volume two will premiere on Dec. 15.

The intimate first look at the documentary series will shed light on the highs and lows of the couple’s love story. In a new trailer released alongside the premiere date, Harry says, “It’s really hard to look back on it now and go, ‘What on earth happened?'”

“There’s a hierarchy of the family,” Harry continues. “You know, there’s leaking, but there’s also planting of stories.”

In a voiceover, Harry says, “The pain and suffering of women marrying into this institution — this feeding frenzy,” as footage shows Princess Diana and Kate Middleton followed by photographers.

Meghan then says, “I realized, they’re never going to protect you.” 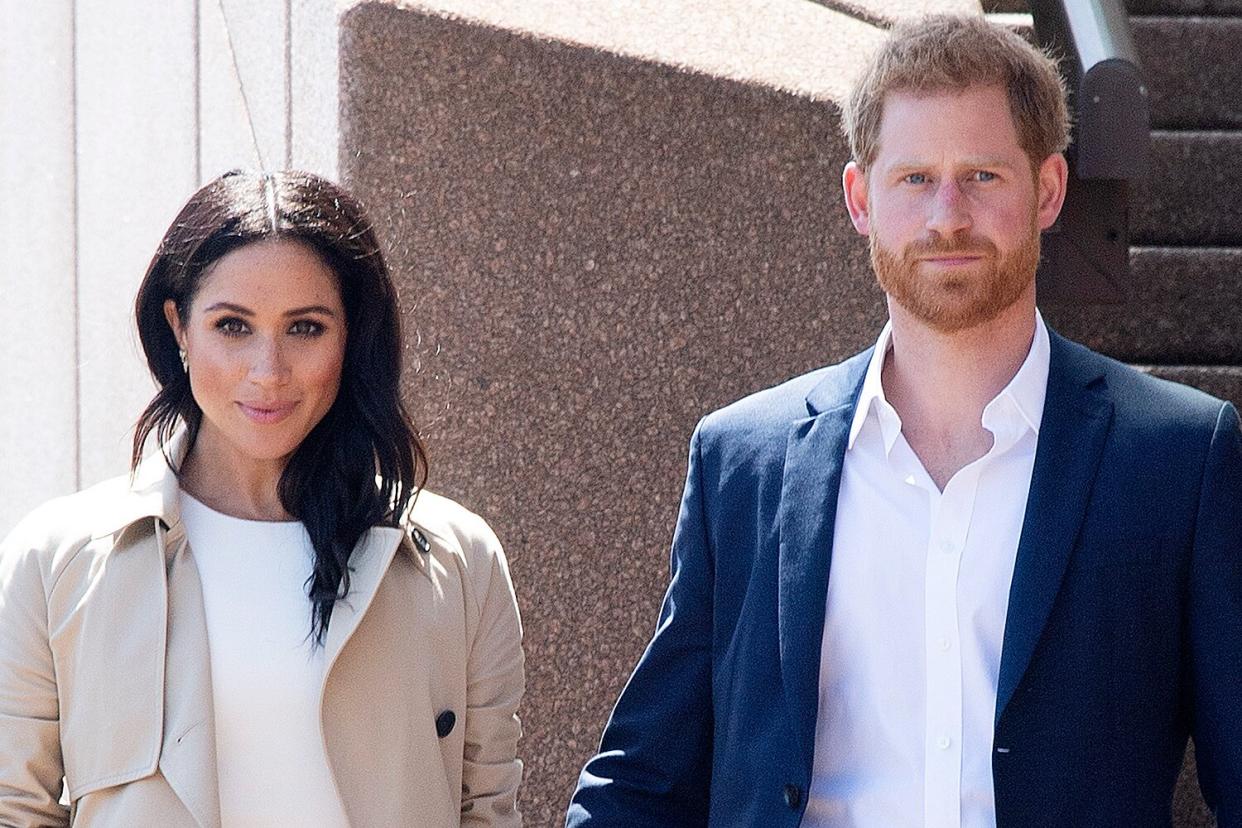 Referring to his late mother Princess Diana, Harry says, “I was terrified. I didn’t want history to repeat itself.”

RELATED: Prince Harry Says He Was ‘Terrified’ History Would Repeat with Meghan Markle in Netflix Trailer

According to Netflix, “the series explores the clandestine days of their early courtship and the challenges that led to them feeling forced to step back from their full-time roles in the institution.

“With commentary from friends and family, most of whom have never spoken publicly before about what they witnessed, and historians who discuss the state of the British Commonwealth today and the royal family’s relationship with the press, the series does more than illuminate one couple’s love story, it paints a picture of our world and how we treat each other.” 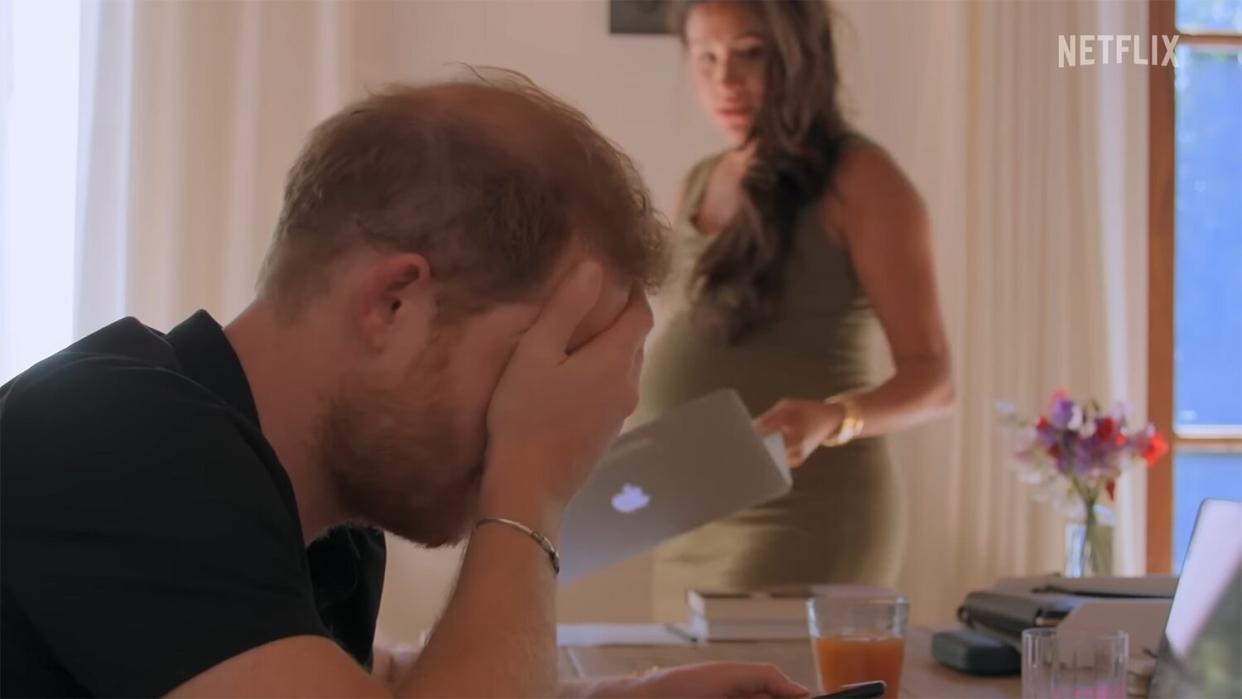 Meghan briefly spoke about what audiences can expect to see in the docuseries in an October interview with Variety.

“It’s nice to be able to trust someone with our story — a seasoned director whose work I’ve long admired — even if it means it may not be the way we would have told it,” the Archetypes host said of working with Garbus. “But that’s not why we’re telling it. We’re trusting our story to someone else, and that means it will go through their lens.”

“It’s interesting. My husband has never worked in this industry before,” she continued, referencing the entertainment business. “For me, having worked on Suits, it’s so amazing to be around so much creative energy and to see how people work together and share their own points of view. That’s been really fun.” 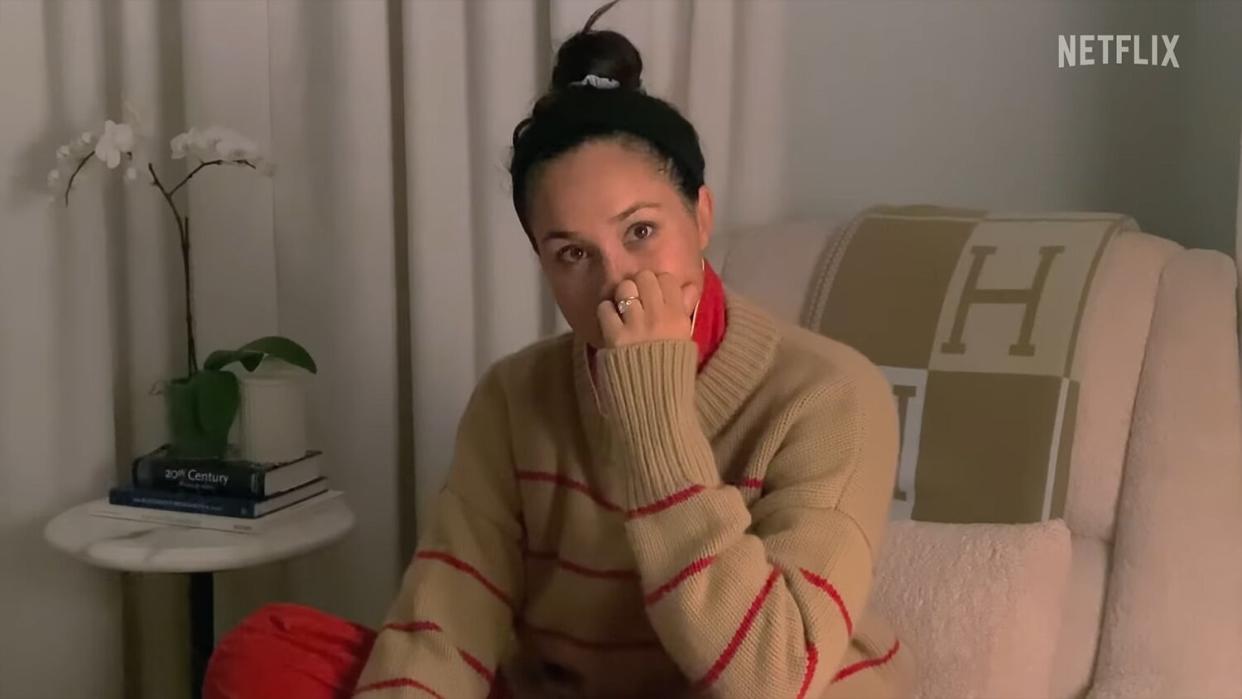 In her August interview with The Cut, Meghan remained similarly vague when asked if the upcoming special would cover their love story.

“What’s so funny is I’m not trying to be cagey,” she said at the time, proceeding to praise Garbus’ acclaim. “I don’t read any press. So I don’t know what’s confirmed. I will tell you Liz Garbus is incredible.”

Cameras were seen following Meghan and Harry around the Invictus Games in The Hague in April, likely for a feature on the prince’s adaptive sports tournament for injured, sick and wounded service personnel and veterans.

In April 2021, the Invictus Games Foundation announced that a Netflix docuseries about the epic event was in the works through Archewell Productions. Heart of Invictus, the project’s working title, would follow athletes as they prepared for the 2022 Games in The Hague. 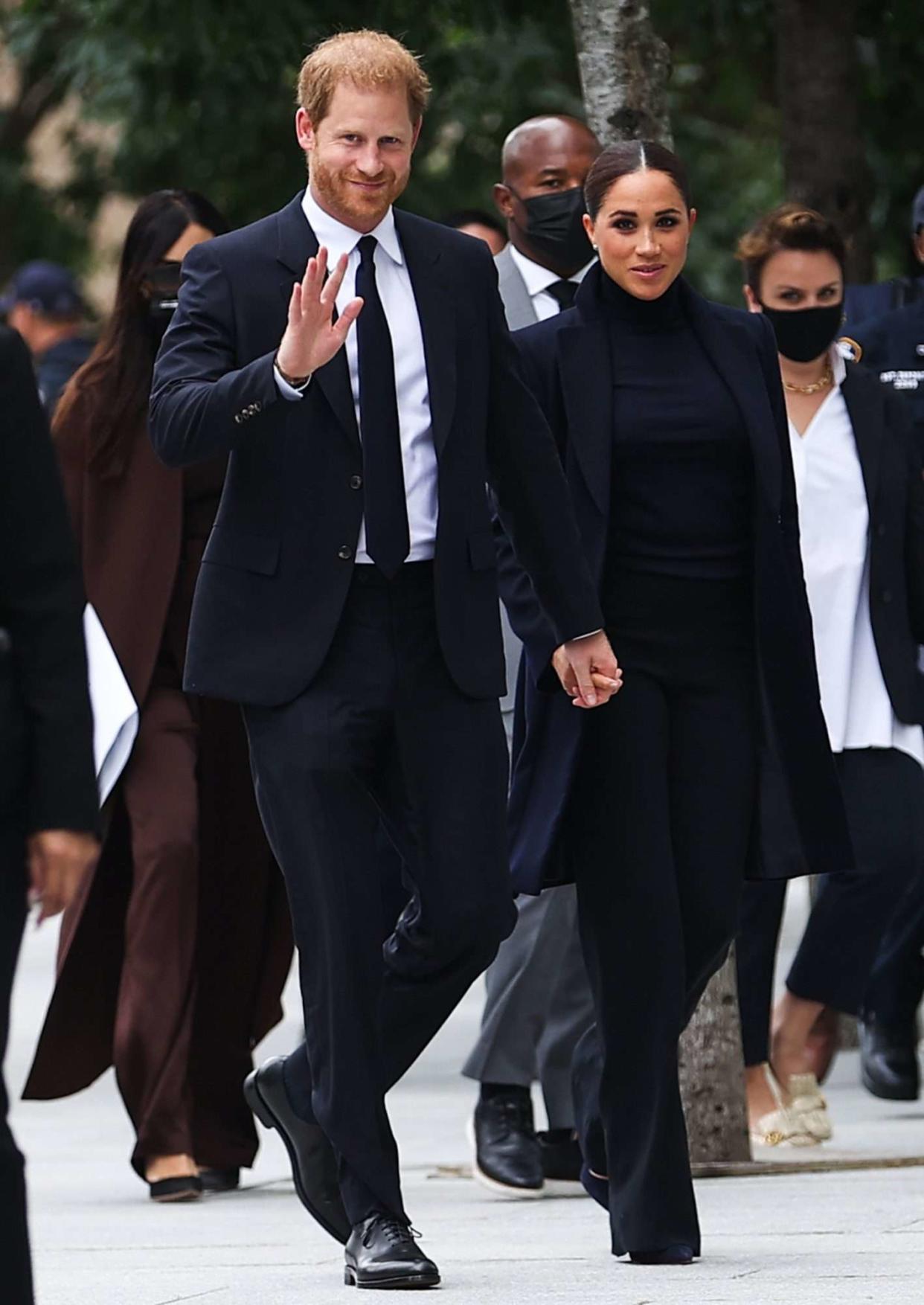 Can’t get enough of PEOPLE‘s Royals coverage? Sign up for our free Royals newsletter to get the latest updates on Kate Middleton, Meghan Markle and more!

It will be a busy winter for the Duke and Duchess of Sussex, with Prince Harry’s memoir set to hit shelves on Jan. 10, 2023. Late last month, Penguin Random House confirmed that the prince will share his story in Spare, a 416-page memoir where Harry reflects with “raw, unflinching honesty.”

Kylie Jenner's Face Wash Is Unusable, So Fans Are Using the Product in a Scary New Way