Heavy wind and rains could cause short-term power cuts and travel chaos in the UK tomorrow as the Met Office issues another yellow weather warning.

The south west of England and the south Wales will face torrential downpours and strong gusts between 3am and 8am on Wednesday morning.

More than 80 flood warnings are in place across England tomorrow, while Belfast and other eastern areas in Northern Ireland are affected by a separate rain warning.

The wet weather comes as temperatures plummeted to as low as -5.5C in Altnaharra, Scotland, last night – around where up to 7 inches of snow could fall tonight.

Yesterday parts of the south west suffered with flash flooding and vehicles were pictured stranded in water as a result of heavy rain. 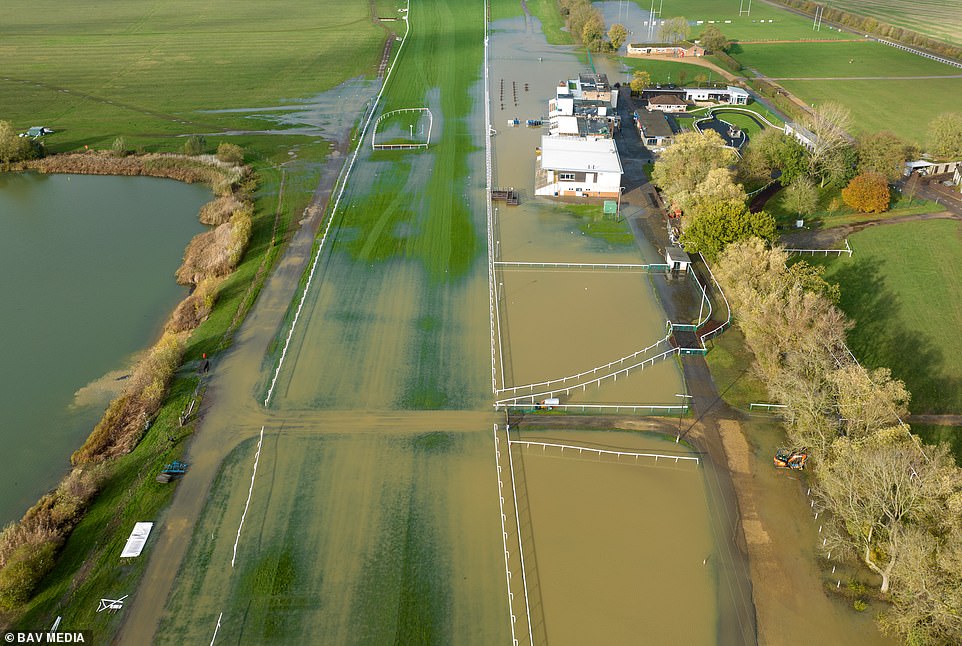 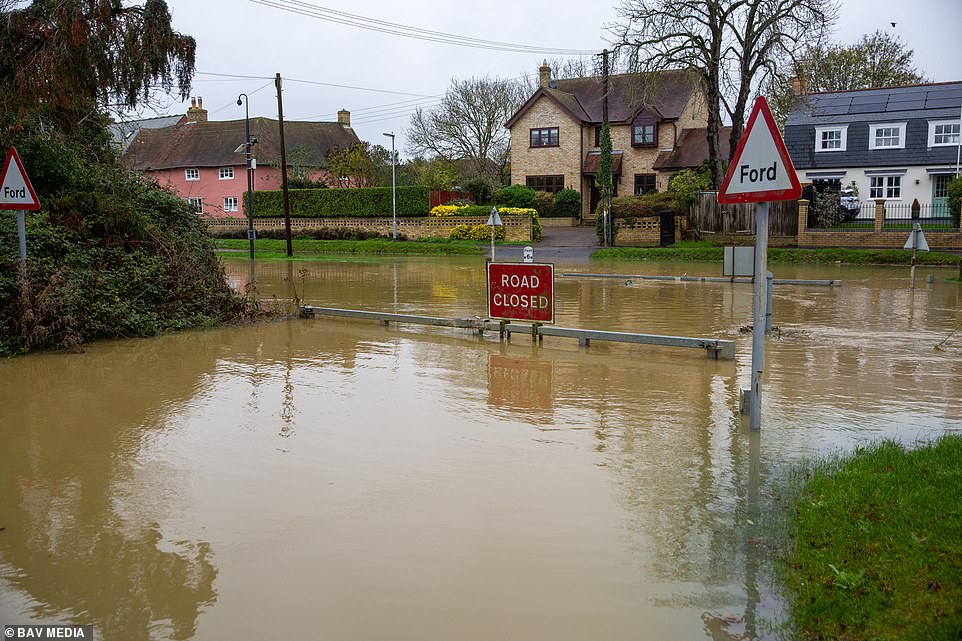 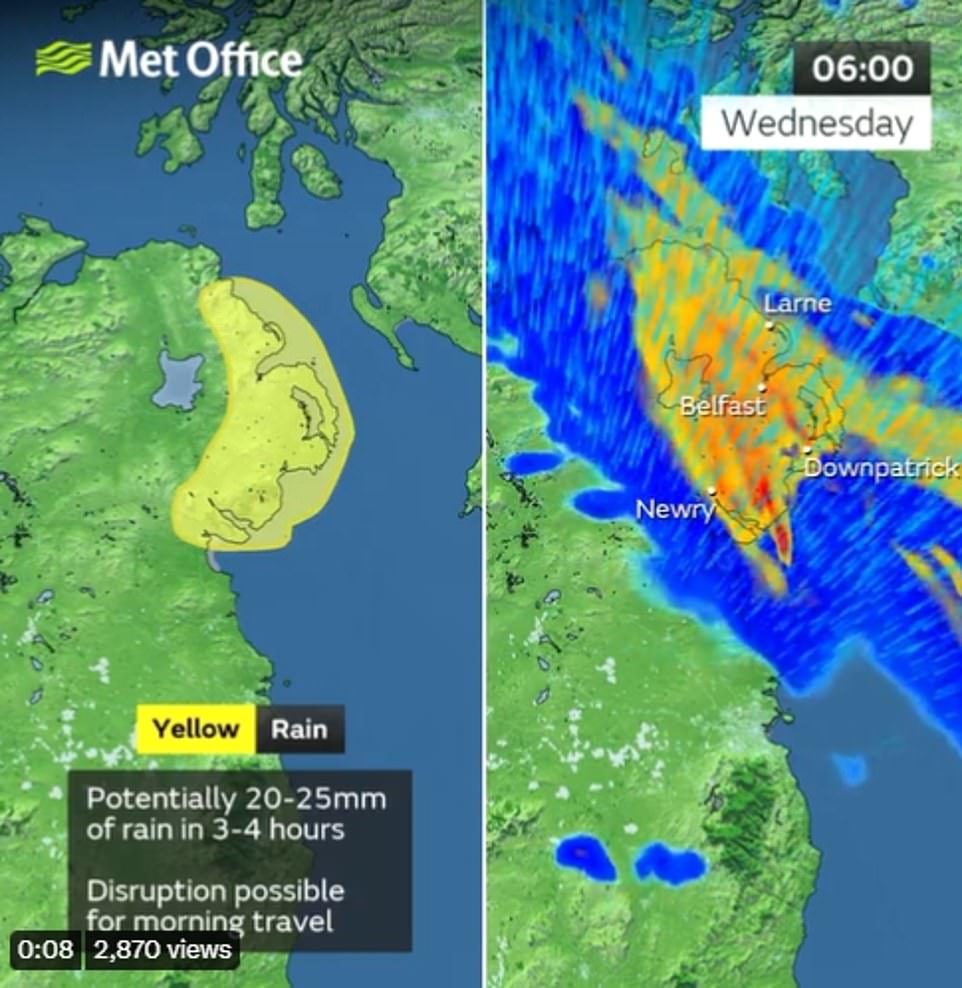 Northern Ireland also has a yellow weather warning, with up to 25mm of rain set to fall tomorrow morning 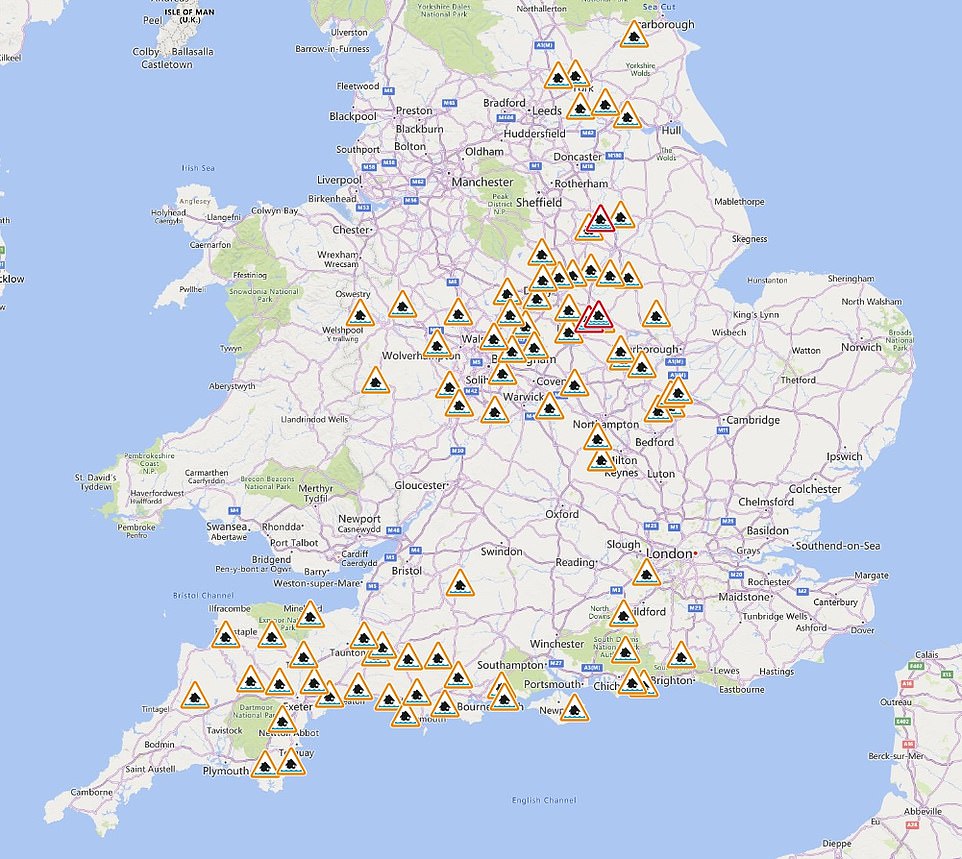 ‘Delays for high-sided vehicles on exposed routes and bridges likely.

‘Some short-term loss of power and other services is possible, with perhaps a few tree branches down too.

They added: ‘For many this will be fairly normal (if unpleasant) autumn conditions but for a few there could be a short interlude with torrential rain and very gusty winds.’ 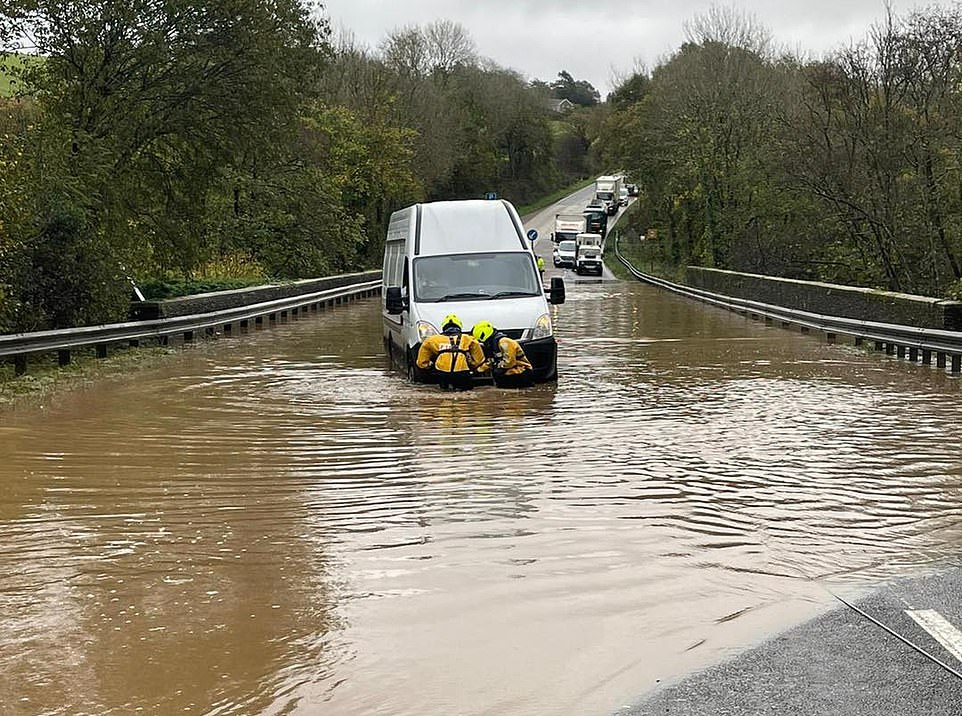 Pictured: Vehicles left stranded in flood water on the A38 at Notter Bridge, Cornwall yesterday morning as a result of heavy rain 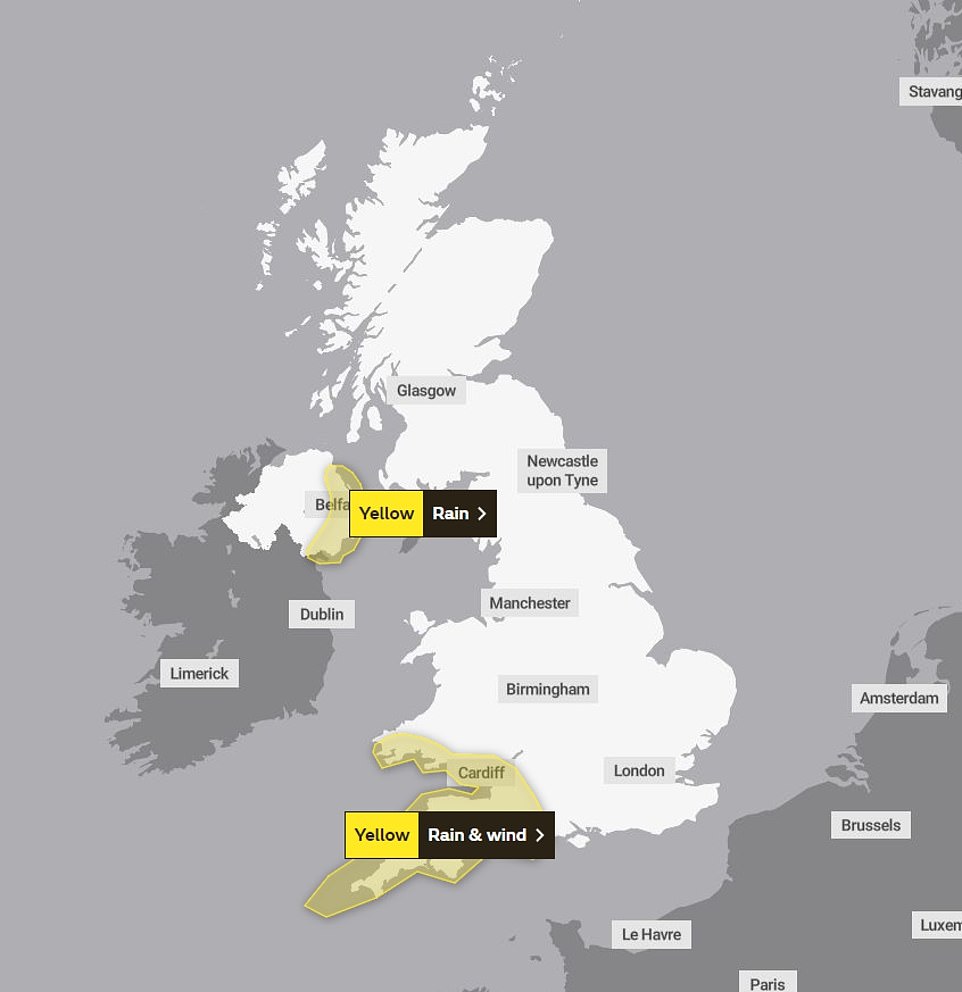 There are two yellow weather warnings in place tomorrow, one in the south west of England and south Wales and another in Northern Ireland 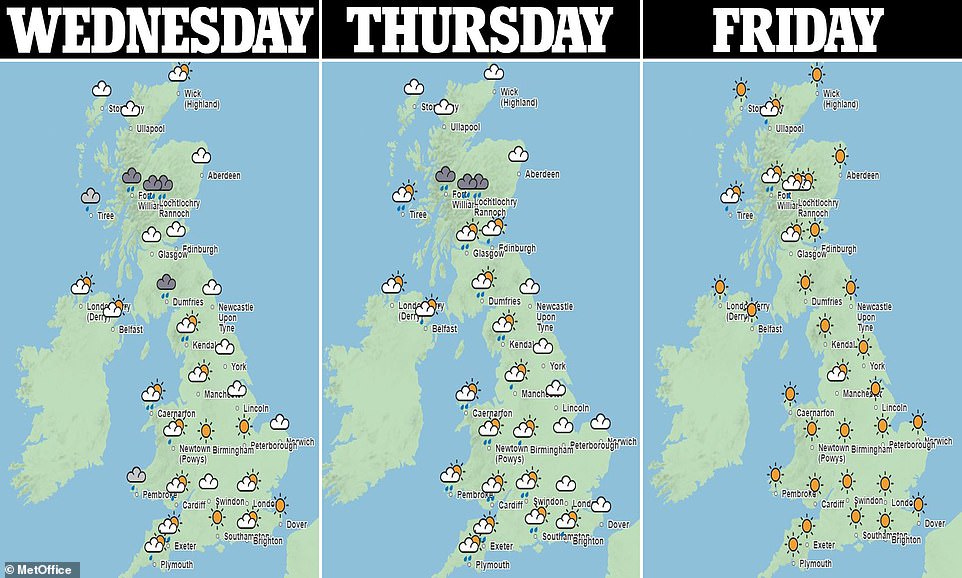 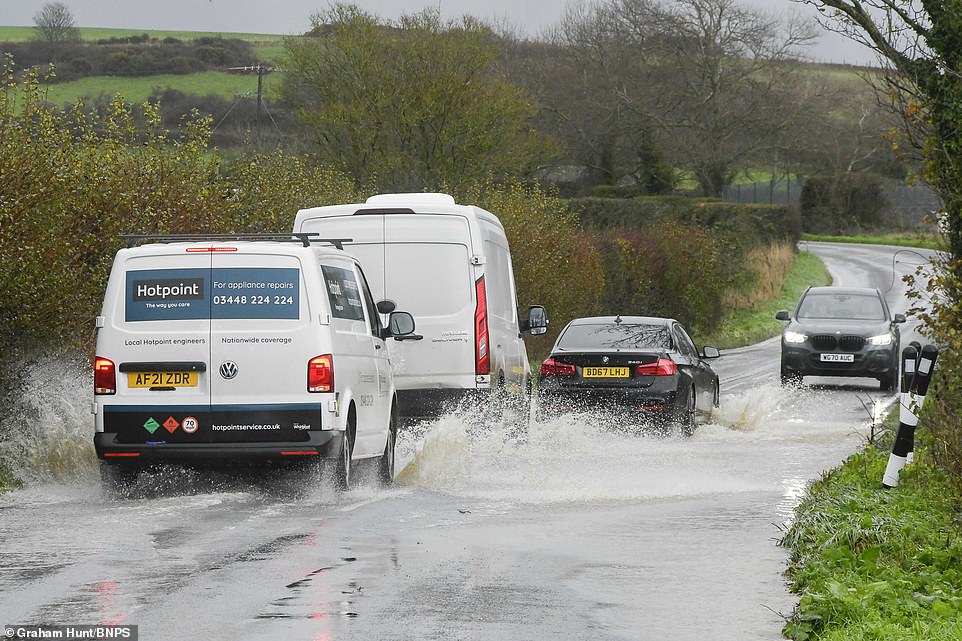 Rain is expected to move northeast on Wednesday, with blustery showers then entering western and southern areas.

Grahame Madge, a Met Office spokesperson, told the Mirror that more rain is on the way – and it will spread across the country.

He said: ‘By the morning rush hour, the active weather front will move east.

‘It could make for some unpleasant journeys on Wednesday and conditions will remain unsettled on Thursday.

‘There’s better news for Friday but by the weekend the rain and winds are likely to return.’

Various parts of Scotland could also see snowfall this week, according to wxcharts, who predict lighter patches today and heavier snow tomorrow.

Up to 2cm per hour could fall over a large part of eastern Scotland late on Wednesday night.

Alex Burkill, a senior meteorologist at the Met Office, told The Mirror: ‘I think there will be snow over the highest ground of Scotland tonight. We will see it start at 7pm and it will turn heavy from about midnight until 9am.

‘It’s going to be the first substantial amount (this year). There will be more than 20cm of snow. Any of the rain will fall as snow at that height as it’s so cold.’

The Brands Meghan Markle, Chrissy Teigen, and Katie Holmes Love Are Marked Down at This Under-the-Radar Sale

Australian scholars choose to stand on ‘the right side of history’