AN iconic statue recreating the famous image of a sailor kissing a woman in a white dress to celebrate the end of World War Two has been spray-painted with "#MeToo".

The Unconditional Surrender monument in Sarasota, Florida, was vandalised just days after the veteran it was based on died aged 95. 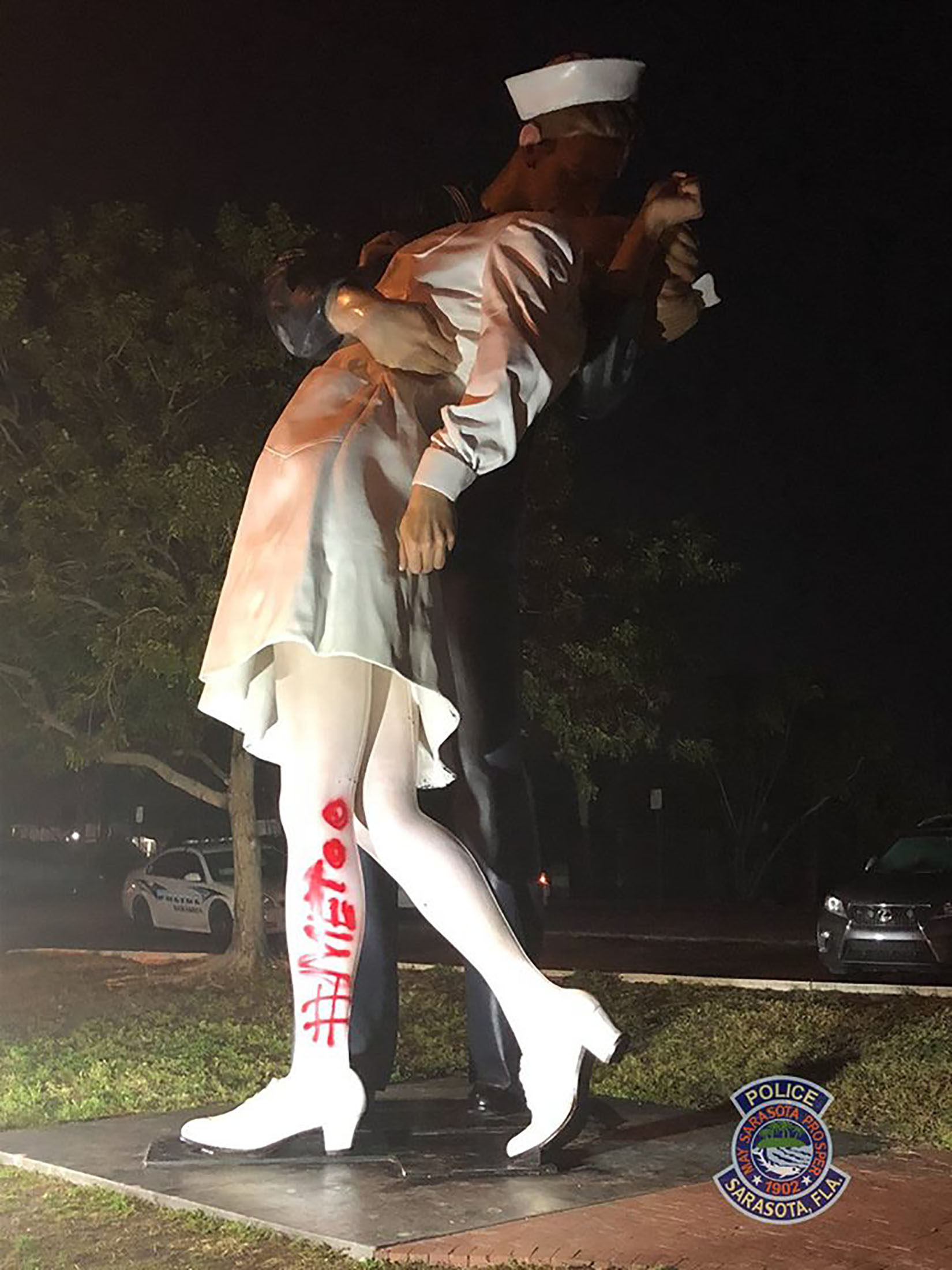 The statue is a replica of Alfred Eisenstaedt's black and white snap that captures the moment a sailor kissed a dental assistant in Times Square, New York on August 14 1945 – when Japan surrendered to the United States, signalling the end of World War Two.

Dressed in a white nurse's uniform, she arches her back and points her toe – completely unaware that she would feature in one of the most iconic photographs of the 20th century.

However, critics have pointed out that this romantic photo could be capturing an incident of sexual harassment as it is claimed the woman had never met the plucky sailor.

And it appears some people agree – in the early hours of Tuesday, a vandal sprayed #MeToo across one of the woman's legs in red paint.

It was just somebody really celebrating. But it wasn’t a romantic event.

The #MeToo hashtag launched on social media in 2017, around the time a series of well known figures were accused of abusing their status and power to assault or harass women.

It became a huge talking point and was often the sign off for when alleged victims took to social media to talk about their experiences.

George Mendonsa, the ecstatic sailor in the snap known to most as "The Kiss" died on Sunday after he fell and had a seizure at the assisted living facility in Middletown, Rhode Island, where he lived with his wife of 70 years, his daughter Sharon Molleur told The Providence Journal.

George served on a destroyer during the war and was on leave when the end of the global conflict was announced.

When he was honoured at the Rhode Island State House in 2015, Mendonsa spoke about the kiss.

He said the woman, Greta Friedman, reminded him of nurses on a hospital ship that he had observed caring for wounded sailors.

Mendonsa said: “I saw what those nurses did that day and now back in Times Square the war ends, a few drinks, so I grabbed the nurse,” WPRI-TV reported .

Friedman said in a 2005 interview with the Veterans History Project that it wasn’t her choice to be kissed.

“The guy just came over and kissed or grabbed,” she told the Library of Congress.

“It was just somebody really celebrating. But it wasn’t a romantic event.”

Friedman fled Austria during the war as a 15-year-old girl.

She died in 2016 at the age of 92 at a hospital in Richmond, Virginia, from complications of old age. 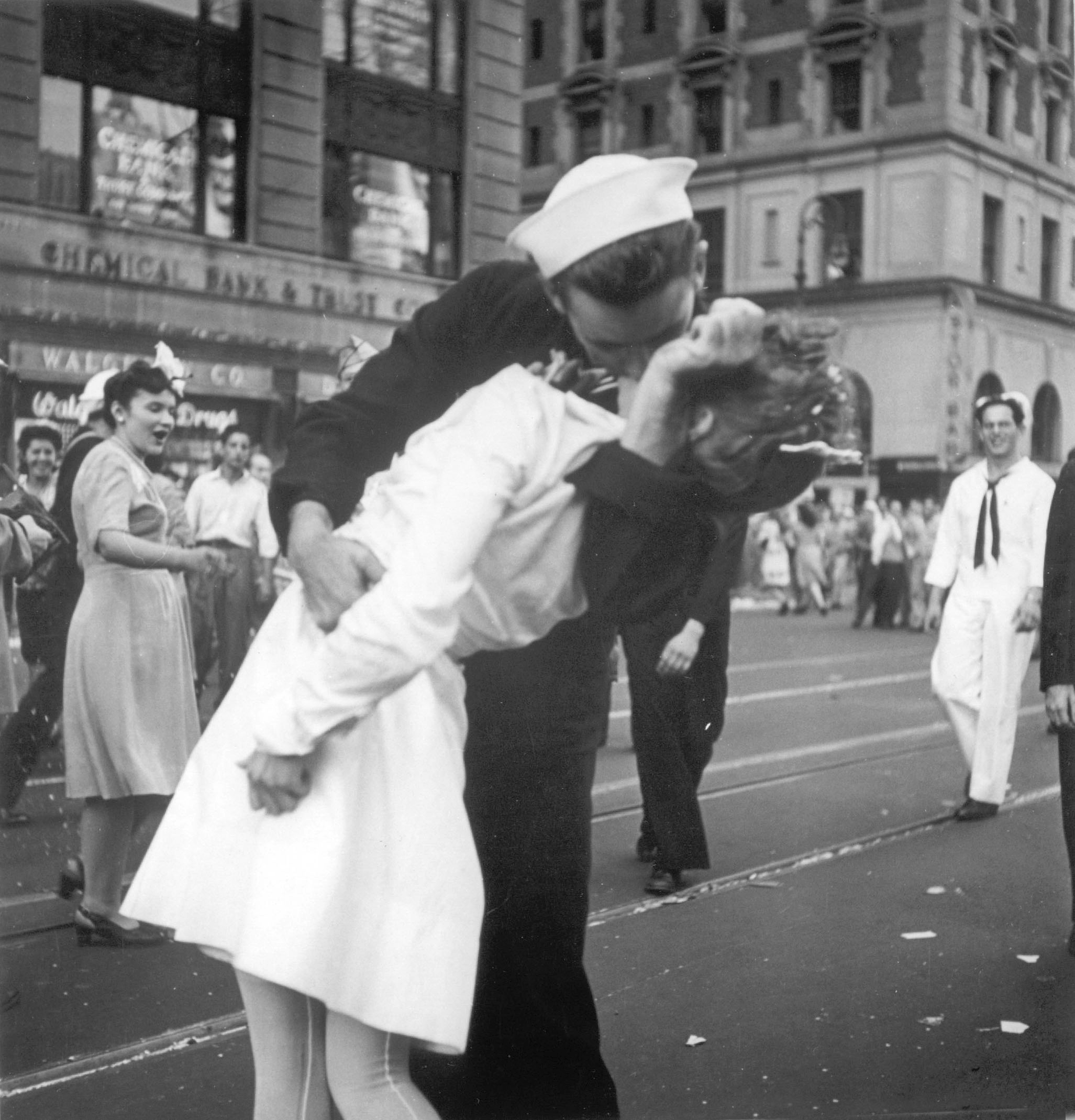 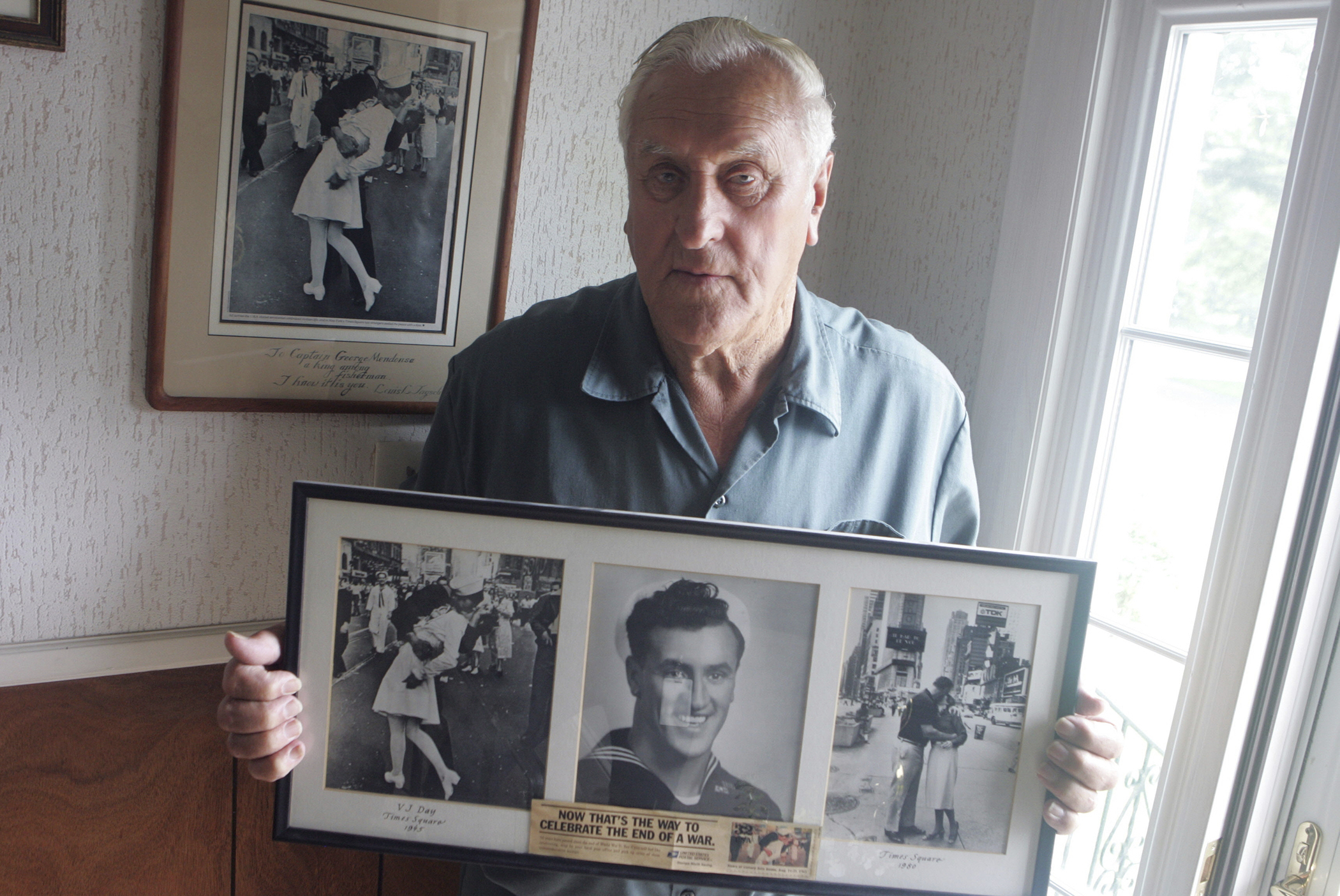 Becoming The Joker: A Look At the Rise Of Barry Keoghan