A mother has defended erecting a Halloween display featuring a body bag hanging from her windows – just a mile away from where a notorious triple child killer struck.

Collette Alldrett, 39, has hit back at criticism of her macabre decorations after facing accusations they were ‘in bad taste’ and ‘scaring kids’.

She lives in Ronkswood, Worcester, just a mile away from where evil David McGreavy murdered three children and impaled their bodies on railings on April 13, 1973.

The depraved killer was dubbed the ‘Monster of Worcester’ and was released in 2019 after spending 45 years in jail much to the outrage of the local community. 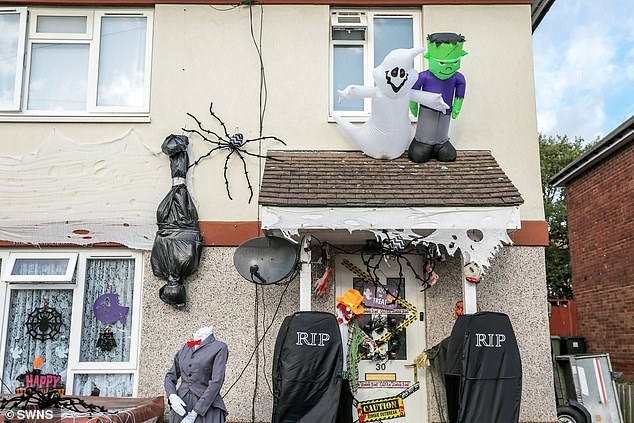 The outside of Collette Alldrett’s house in Ronkswood, Worcester where she hung a body bag for a Halloween display 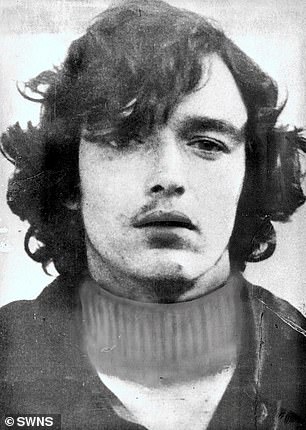 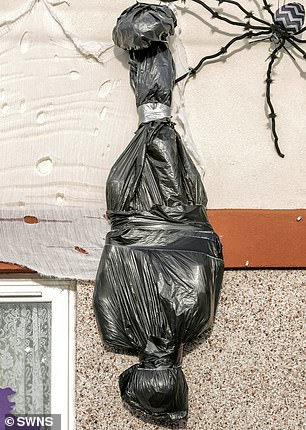 The ‘Monster of Worcester’ David Anthony McGreavy (left) was jailed for life in 1973 after killing three children in Worcester before leaving their bodies impaled on railings. Collette hung the body bag (right) outside her home just a mile from where McGreavy committed the killings 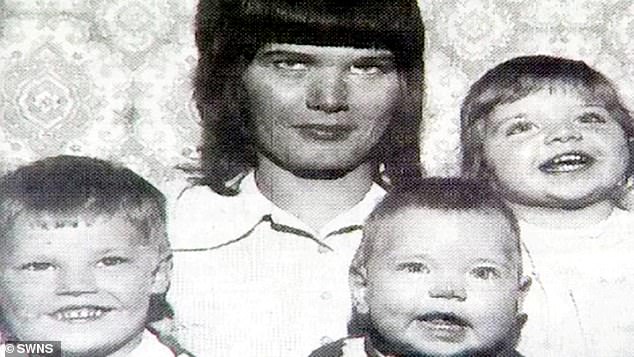 Some neighbours now believe Collette ‘s ghoulish display is ‘too over the top’ and ‘gruesome’ considering the areas links to McGreavy.

However, others have said ‘it’s time to move on’ and said the decorations are just a ‘bit of fun’ in the spirit of Halloween.

Collette insists most people love her display and she and her four children go all out each year to decorate the front of their home.

She admits the two life-sized body bags pinned to the exterior walls had certainly been turning heads but was unaware they were dividing opinion.

Collette, a school worker and cleaner, said: ‘We’ve had no complaints about our new body bag decorations as far as I know. I don’t think they are in bad taste.

‘There will always be people who have to say something horrible or nasty when others try to do nice things to make others smile.

‘But everyone seems to love them. Most people are curious to know how they are made.

‘They are made from an old football for the head, milk cartons, pop bottles, two large black bags, tape, old wire and cable tied to the outside wall.

‘No one has mistaken it for a real body. They are all lumpy and bumpy and you wouldn’t get a real body like that.

‘My children love it and they all help out with the decorations every year and helped to do the body bags this year.’ 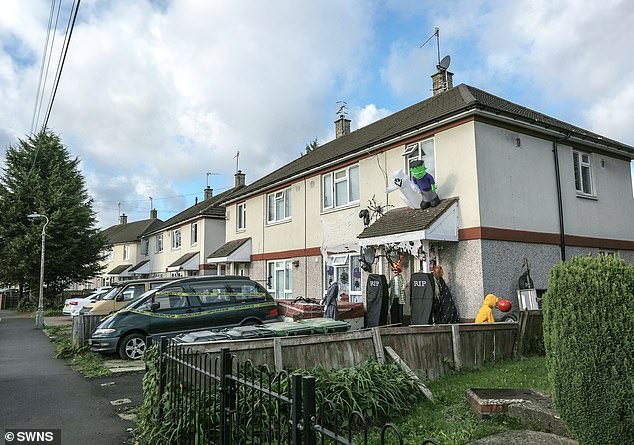 ‘I don’t think having body bags hanging from the walls is funny at all. It’s just a bit sick,’ said one neighbour 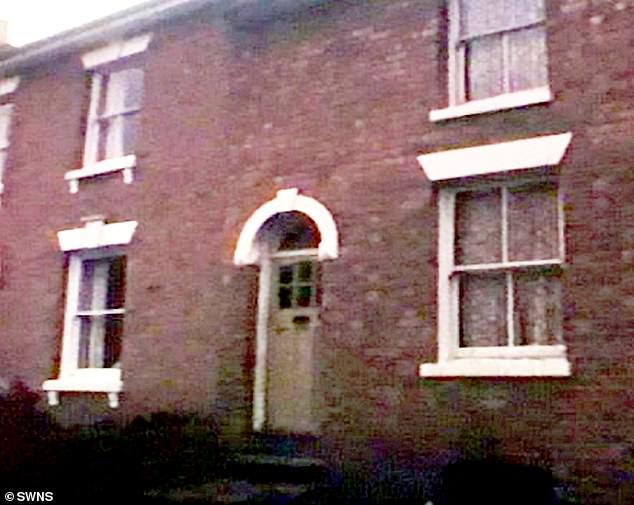 Collette, her husband and four children have been decorating their house of Westminster Road, for Halloween for the last four years.

At the start of October, the Alldrett family begin to transform their house ready for Halloween night, adding to the ghoulish décor throughout the month.

This year their display also includes giant spiderwebs and spider, a coffin and even a tribute to Stephen King’s horror film It.

‘We also have a Halloween projector which shines onto the garden from the upstairs window at night.

‘We are putting a few more decorations up before Halloween and we turn all of our lights and our projector on at 6pm every evening.

‘Most people seem to enjoy it.’

However, one neighbour, who did not wish to be named, complained: ‘I don’t think having body bags hanging from the walls is funny at all. It’s just a bit sick.

‘I don’t celebrate Halloween myself, I think it’s a bit ridiculous. I think the display is sinister and will scare kids but that’s just my opinion.’

Another person on social media added: ‘Bit OTT when you consider what went on down the road with those kids. Just slightly gruesome and in bad taste for me.’

A third person commented ‘Stay classy Ronkswood’ while another added: ‘Body bags on display, seems a lovely area to live, words fail me.’

Another just put: ‘So tacky.’

But others neighbours defended the display, with one adding: ‘I think people need to stop being so up themselves.

‘It’s time to get over the McGreavy case, it happened a long time ago. They are clearly just a bit of fun for Halloween.’

‘Grey’s Anatomy’: Will Alex Karev Return After His Exit in Season 16?