A white supremacist terrorist group which supports violent race war is set to be banned in the UK, the Home Secretary has announced.

Priti Patel has asked Parliament for permission to ban Feuerkrieg Division, which the Government says was founded in late 2018 and operates across North America and Europe.

The move would mean anyone convicted of being a member of, or offering support to, the neo-Nazi group could face up to 10 years in jail.

Feuerkrieg Division shared a list of police buildings and an image of a senior police officer with a gun to his head featuring the words ‘Race traitor’ after a 16-year-old member was held on terror charges in September last year, the Home Office said. 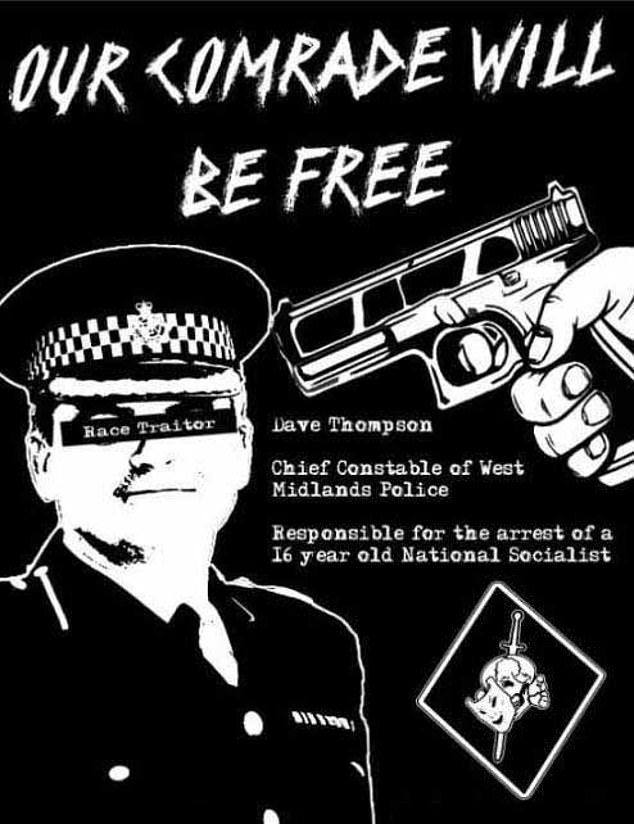 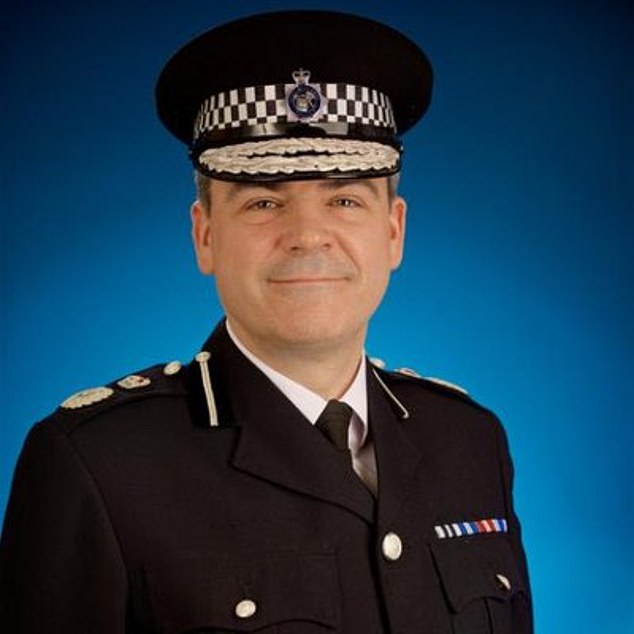 The proscription order laid in Parliament on Monday will be debated and come into force later this week if it is approved.

Earlier this year, Sonnenkrieg Division became the second right-wing group to be proscribed in the United Kingdom.

At the same time, System Resistance Network was recognised as an alias of the neo-Nazi group National Action, which was the first to be banned in December 2016.

‘I am determined to do everything I can to stop the spread of extreme ideologies that encourage and glorify terrorism, which is why I have taken action to proscribe this group.’

It comes as the Home Secretary today unveiled the UK’s post-Brexit immigration system insisting the ‘brightest and best’ will still be welcome. 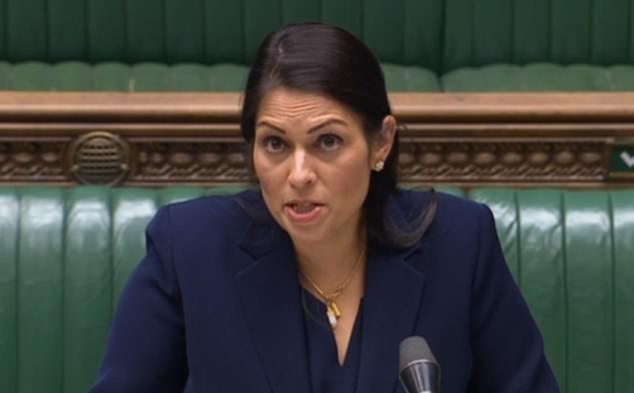 Priti Patel has asked Parliament for permission to ban Feuerkrieg Division. Anyone convicted of being a member of, or offering support to, the neo-Nazi group could face up to 10 years in jail

Under the points-based system coming into effect from January 1, EU nationals will receive more equal treatment with people from the rest of the world – although they will not have to provide fingerprints for visas.

In a statement to the Commons, Ms Patel said there will also be fast-track visas for health workers coming into the country – but care staff have been left out in a move Labour branded ‘disgusting’ and evidence ministers had ‘learned nothing’ from the coronavirus crisis.

Boris Johnson said the blueprint showed the UK will have an ‘humane and sensible’ immigration system despite ‘taking back control’ after Brexit.

Under the plans, ministers will be given powers to exclude or deport foreign criminals who have received prison sentences of more than a year.

Officials will also be able to bar persistent offenders such as pickpockets and burglars, even if they have been sentenced to less than a year.

The change would mean criminals from the EU are treated the same as currently happens to those from outside the bloc.