Los Angeles is scheduled to face the Jacksonville Jaguars on Saturday in the wild-card round, which is something of a surprise given where it was about a month ago. Entering Week 14, the team was 6-6 and on the bubble.

Plenty of talking heads had something to say about the Chargers' long-term viability then, but not so much now that the team holds the AFC's top wild-card spot. Unfortunately for those talking heads, the Chargers' social media team has the receipts.

That's one way to get the blood moving.

It should probably be noted that basically every team in the NFL could find similar clips about themselves. It's the nature of the sports media talking head construct, and every team, especially the AFC, has a moment of weakness during the season.

The 14-3 Kansas City Chiefs faced enormous questions entering the season after the loss of Tyreek Hill. The 13-3 Buffalo Bills lost back-to-back games halfway through the season, one of them a mortifying collapse against the Minnesota Vikings. The 12-4 Cincinnati Bengals opened the season 0-2. The 10-7 Baltimore Ravens have lost three of four and started their third-string quarterback in a must-win game last week. The 9-8 Jacksonville Jaguars are the Jacksonville Jaguars.

But only one team has the Chargers' social media team, which has made a habit of standing out with viral videos, perhaps most notably this year's NFL-best schedule release video. It's a team that knows how to have fun, though it's making quite a big statement for a team that lost to the Denver Broncos (5-12) last week and could very well lose to the Jaguars in just a few days. 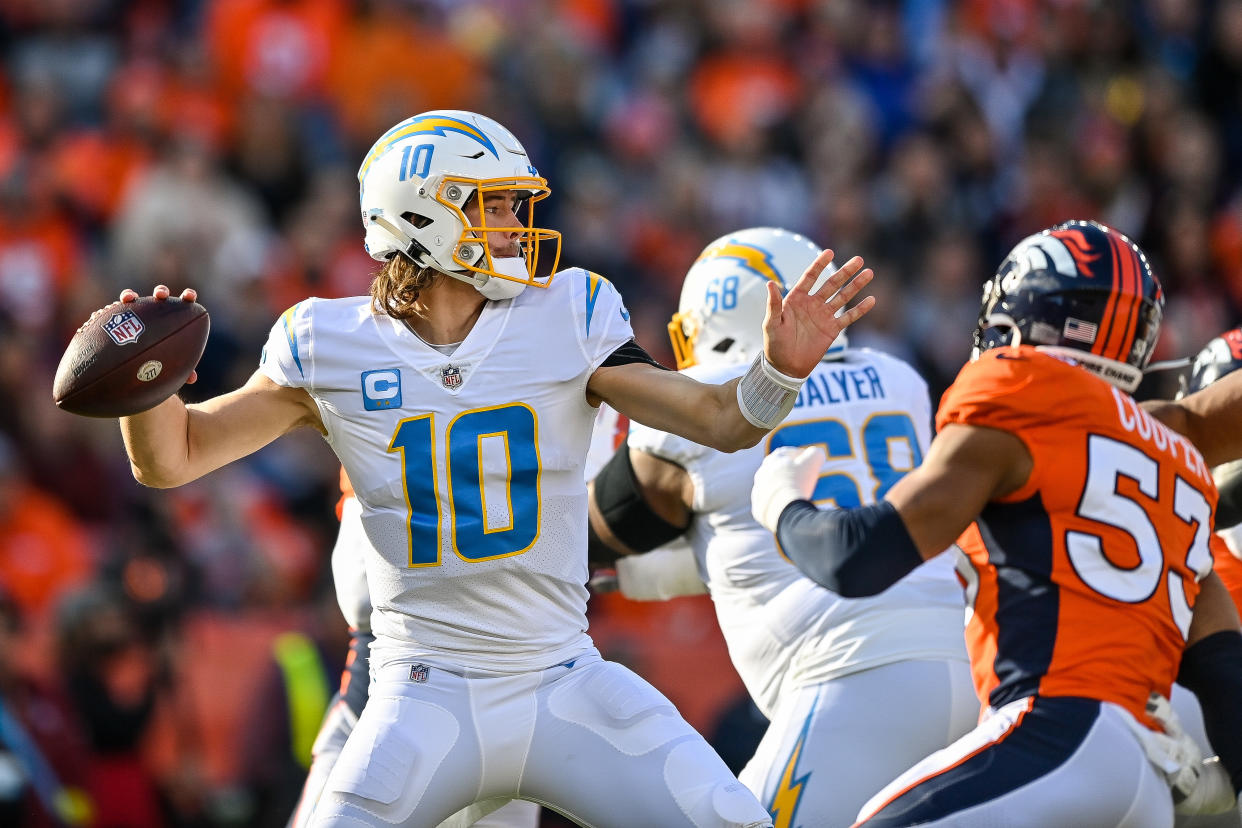