The head of the Royal Air Force (RAF) has today insisted there is ‘no discrimination against any groups’ in the service following claims ‘woke’ military leaders were favouring women and ethnic minorities in recruitment drives.

The RAF has come under fire after the reports emerged in August which claimed one of the force’s senior officers refused to follow an order to prioritise females and ethnic minority candidates over white men because she believed it was ‘unlawful’.

The group captain told her boss she was not willing to allocate slots on training courses based purely on a specific gender or ethnicity, according to a leaked message seen by Sky News.

The diversity drive was later scrapped amid a closed-door clash between military top brass, which sparked an inquiry into how such a controversial policy was devised and very nearly implemented. 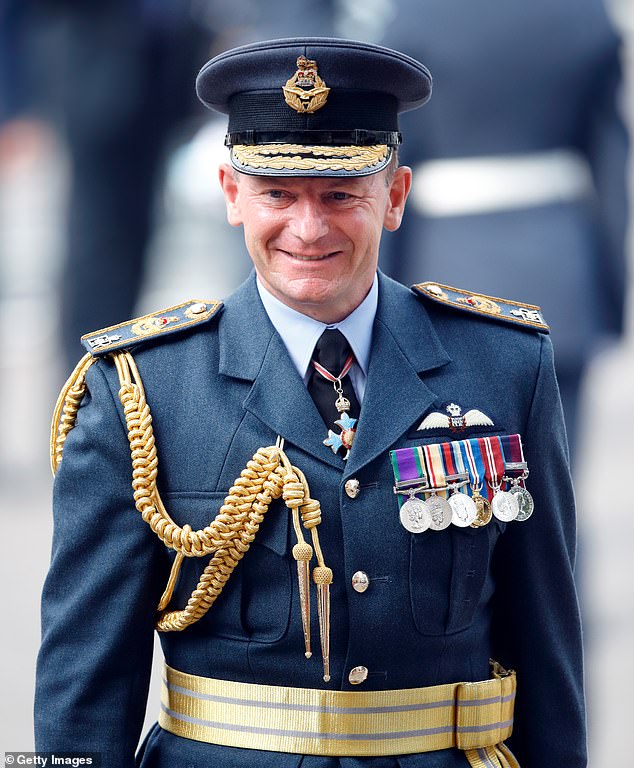 The probe was launched by Air Chief Marshal Sir Mike Wigston, head of the RAF, who today insisted there had been ‘absolutely no drop in operational standards’ amid the recruitment row.

‘I’m here to talk about the Royal Air Force’s phenomenal record of operational delivery from the north of Norway through to the Mediterranean and defending Nato airspace, defending our allies, we’re in the Middle East tackling threats to our security from the pernicious, violent extremists. 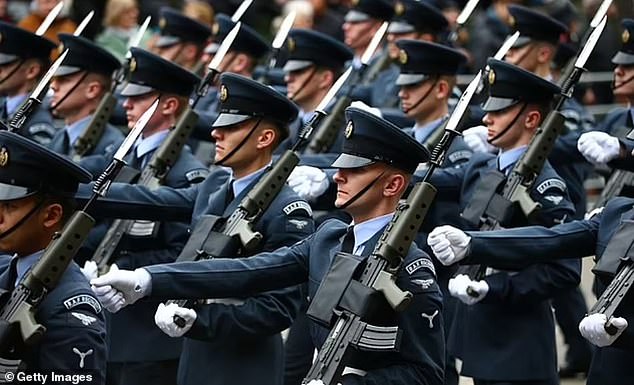 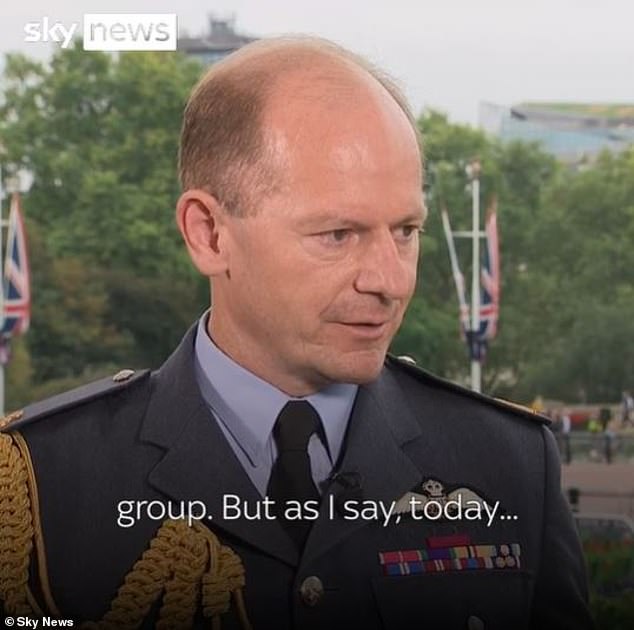 Speaking to Sky News, Sir Mike said that there had been ‘absolutely no drop in operational standards’ amid the row, which led to the resignation of Group Captain Elizabeth Nicholl

The military chief’s comments come following a bombshell email, leaked from within the RAF’s ranks, which appeared to show the service’s recruitment team actively discouraging white males from appearing in PR stunts.

The email, revealed by the Daily Mail, was appealing for base commanders to find the ‘face’ of the RAF to join the premier of Tom Cruise’s new Top Gun movie.

It read: ‘Gents, do any of you have a “pilot who is preferably not a white male” who would like to be the “RAF” face at a press event for the release of Top Gun 2? Shy guys get no cakes so shout quick as offer has also gone out to other units.’

The email offered a sobering insight into a culture that appears to have become normalised at the very highest echelons of the RAF.

Ultimately, it led to the resignation of Group Captain Elizabeth Nicholl, who clashed with her boss, former dentist Air Vice-Marshal Maria Byford, the RAF’s head of recruitment – who is believed to have been behind the controversial campaign.

Since then the air force has been under intense scrutiny – with fresh allegations of misogyny, bullying and sexual harassment being made against the Red Arrows – the RAF’s elite display team – rocking the service to its core.

The Times reported in August that members of the Red Arrows were being investigated over the claims.

The newspaper later claimed the aerobatic display team received ‘unacceptable behaviours and active bystander training’ after more than 40 personnel, including young female recruits, gave evidence against the team to an inquiry.

Speaking to Sky News today, Sir Mike added: ‘We’ve been very clear where we stand. We will continue to examine our practices, we will do everything we can to recruit from the widest pool of talent.

‘We will be very clear about how we approach any attempts to widen that pool of talent, widen our diversity, and we will continue to protect the nation, we will secure our skies and patrol our seas.’ 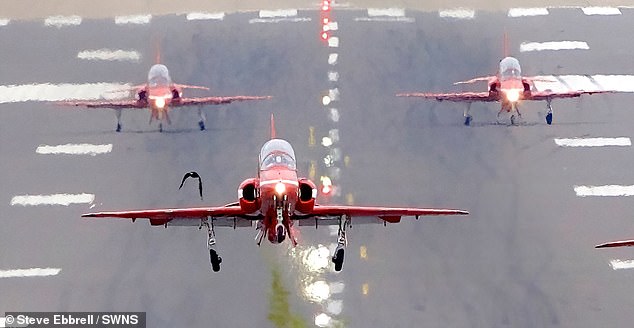 Allegations have of misogyny, bullying and sexual harassment have been against the Red Arrows – the RAF’s elite display team – rocking the service to its core

Last week, Sir Mike acknowledged for the first time the fall-out from the extraordinary row after a tense meeting with Defence Secretary Ben Wallace, and revealed that Group Captain Nicholl, who walked out rather than put the plan into practice, had requested the investigation.

Before her resignation she emailed senior officers saying: ‘This is unlawful. I am not prepared to delegate or abdicate the responsibility of auctioning that order to my staff.’

Documents seen by the Daily Mail suggest she was asked to ‘make offers of employment to additional women and EM [ethnic minority] candidates solely on the basis of their protected characteristics and in preference to non-EM men who had passed all selection criteria ahead of them’.

After his meeting with Mr Wallace, Sir Mike said: ‘Earlier this year we explored a recruiting practice to improve the diversity of our workforce. This policy was challenged and never implemented, but I regret that challenge led to our head of recruiting and selection stepping down from her role.’

Parents ‘let baby die after not getting help for religious reasons’

Germaphobe Howie Mandel Reveals How He’s Coping During the Pandemic