The median rent on new leases last month stood at $3,343 last month, up 16% from a year earlier, and just $5 less than October’s peak prices, according to data from StreetEasy provided to Yahoo Finance.

“We have been seeing some decline in demand due to seasonal slowdown around the winter time, but overall, rents have remained pretty steady,” said Kenny Lee, an economist at StreetEasy.

“Adjusting for inflation, just under half of New York City's workforce could afford just about 10% of the rental inventory available this summer, unless they spend more than half of their income on rent,” Lee said.

Rent prices nationally have eased in each of the last three months, the longest monthly slide since 2010 outside of the pandemic-altered months of April and May 2020, RealPage data found. 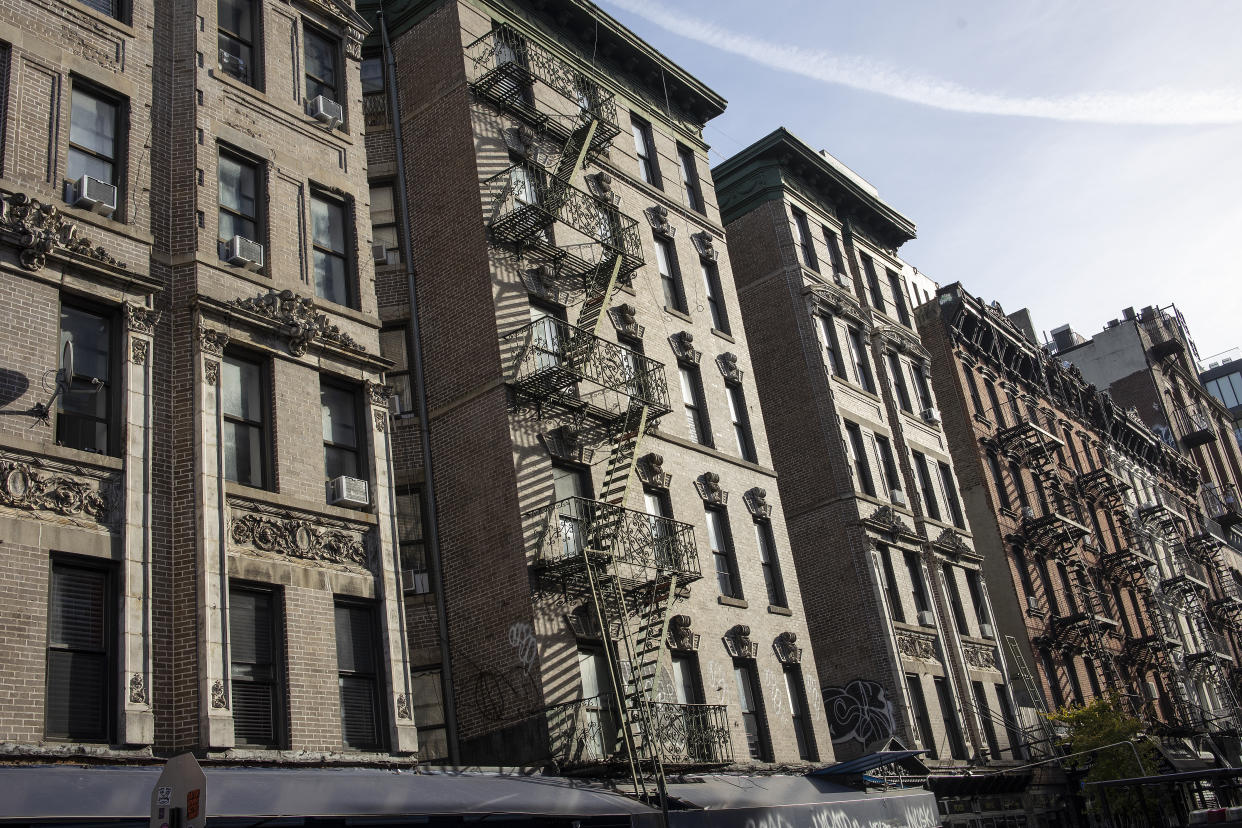 New York apartment costs began to rise more than a year ago as the city started to bounce back from the depths of the pandemic. Rent prices rose to an “unsustainable level” compared to the city’s wages during the summer, Lee said.

Some signs of relief are beginning to show, however, with more than a fifth of landlords cutting rent asking prices in November. StreetEasy data shows 22.3% of rentals on the market were discounted by landlords last month; the average discount on rent was 4.8%, compared to 3.7% last year.

While it’s normal for rents to dip in the months leading into the winter holidays, rental inventory also increased to 0.7% year-over-year in November, the first annual increase since June 2021. But inventory still remains low compared to pre-pandemic levels.

Discounts were common in Manhattan compared to the other five boroughs. Last month, 27.2% of the rental listing prices in the city were cut, nearly doubling from last year's discounts.

“The recent increase in discounts might be due to landlords resetting their expectations after a highly competitive rental market season this spring and through summer,” Lee said.

The discount could be viewed as a "silver lining for renters out there in the city, but they are still squeezed by very elevated rents and even with limited inventory in the city, it will still take a long time for rents to cool down more meaningfully,” Lee said.

The bulk of prospective tenants in the city are looking to live alone, with demand for studio and one-bedroom apartments outpacing that of two or more bedroom apartments, according to StreetEasy.

The competition for studio and one-bedroom apartments has become fierce over the past year, with those listings getting 1.5 times more attention than other listings. Asking rents for studio and one bedrooms rose 18.1% year-over-year to $2,962 in October.

“Despite rent rising the fastest for studios and one bedrooms, New Yorkers are still preferring living alone [compared] to sharing the space with roommates,” Lee said. “That means demand for rentals will remain strong for longer.”

Sarah Paulson Reveals How to Pronounce ‘Ratched’ – She Doesn’t Say It the Way It Looks!