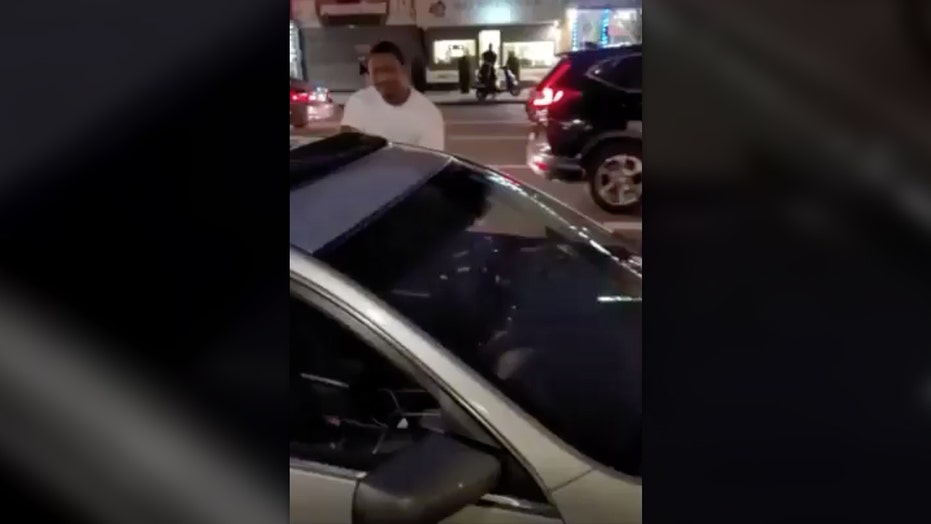 The NYPD has released a video of a man police say assaulted two department traffic safety agents in the Bronx this week.

The incident began with the agents asking the driver of a 2008 Nissan Altima to move his vehicle because it was blocking a fire hydrant Wednesday night, a police spokeswoman told Fox News Saturday.

The driver exited the vehicle irate and started punching both traffic agents in the face, she said.

“The individual then fled in his vehicle to parts unknown,” she said.

The NYPD video shows the man trying to shield his face from the camera with the vehicle’s temporary cardboard license plate.

NYC Real News tweeted another video lasting more than a minute that appears to show footage of the same altercation as it was taking place. Two women with the man are heard screaming as the fight moves from the street to the sidewalk.

The NYPD says the two male agents sustained bruising to the face and that one of the agents sprained an ankle when he fell.

WPIX-TV reported that two Manhattan traffic agents were assaulted Friday after a driver they are were attempting to summons began fighting with them.

One agent was punched in the face and the other sustained a hand injury, the station reported.

Police announced an arrest in that case.

What is an EMP attack and how do you prepare for one? – The Sun