‘I’ve always been a flirt’: Oscar-winning director Paul Haggis breaks down on the stand as he admits cheating on his ex-wife but says he is ‘very happy’ to get the chance to take the stand and deny rape claims

Oscar-winning director Paul Haggis broke down on the stand as he admitted to cheating on his ex-wife but denied allegations that he raped his former publicist.

The Crash director, 69, testified during the third week of his civil trial in New York for allegedly raping Haleigh Breest, 36, in his SoHo loft in 2013.

Backing up testimony from his ex-wife, Deborah Rennard, who took the stand Wednesday morning, Haggis confirmed that he cheated on her with multiple women, which led to their 2010 split, the New York Post reports.

Haggis, who served as the screenwriter for Million Dollar Baby, also denied the rape allegations on stand, claiming they were filed as a plot against him by the Church of Scientology for speaking out against the group.

‘I’m incredibly nervous of course and I’m very happy because for five years I have been unable to clear my name and now I will,’ Haggis said. 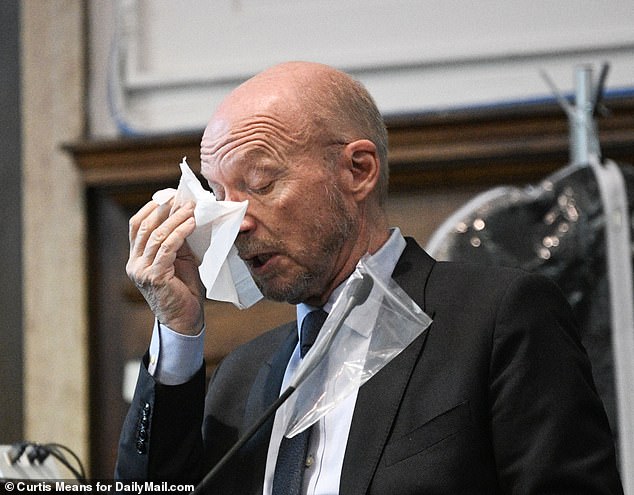 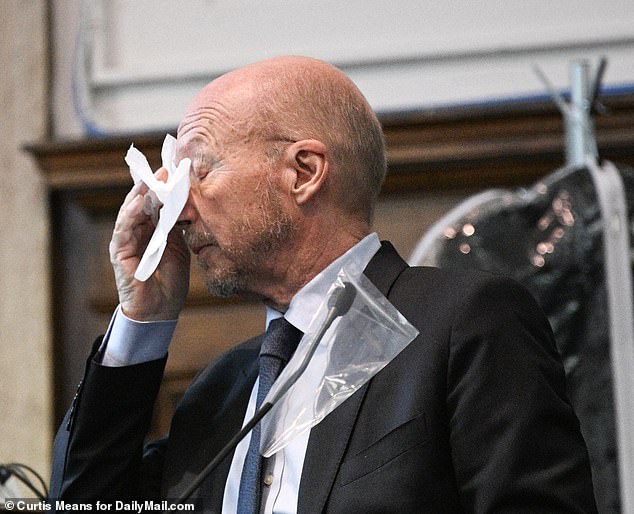 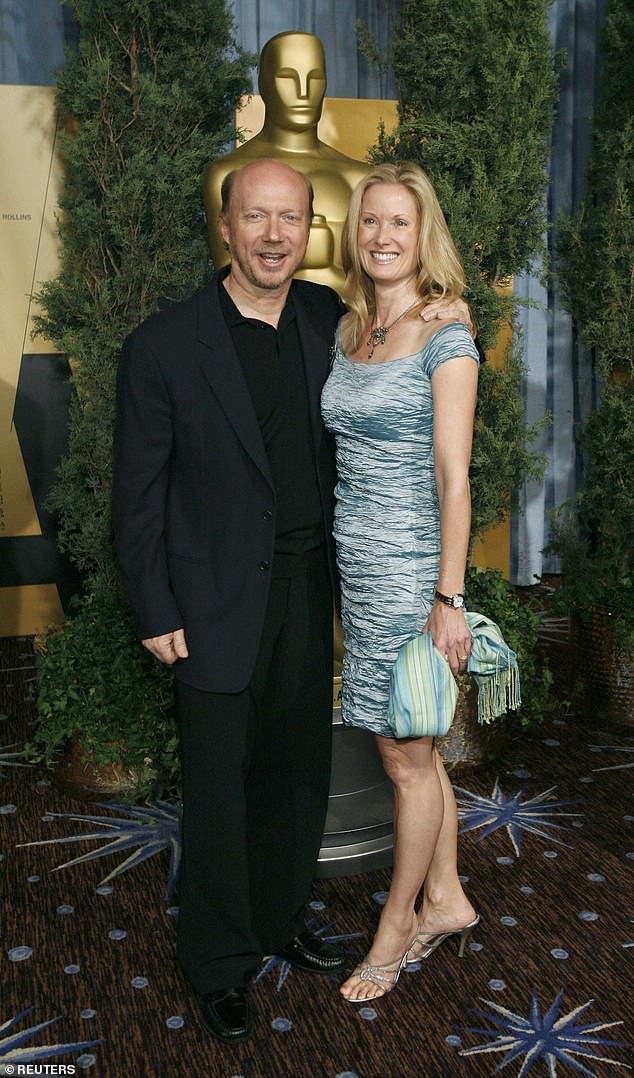 Rennard (right) was married to the Million Dollar Baby screenwriter for 12 years. While she said he cheated on her with about 20 women, she refuted claims that he was a rapist 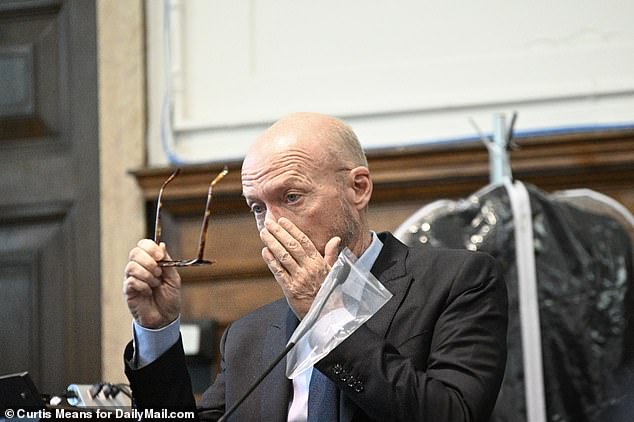 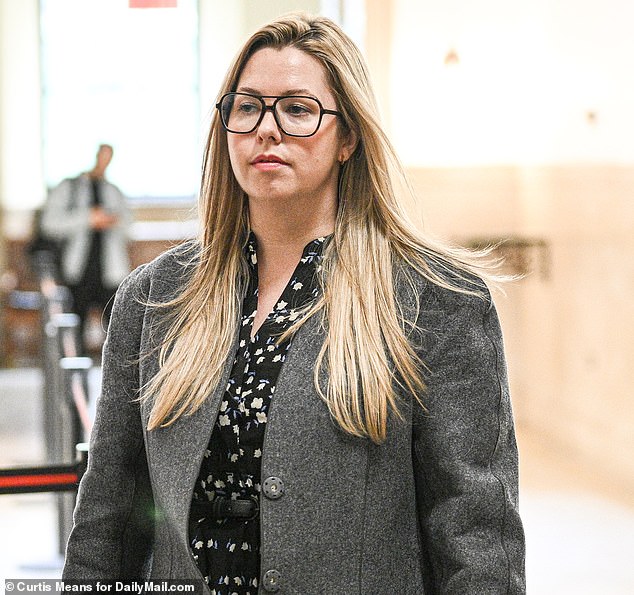 There is no evidence linking Haleigh Breest (above) with the Church of Scientology. The publicist is one of four women alleging that they were sexually assaulted by Haggis

Haggis testified that because he spoke out against Scientology in a New Yorker article in 2011, the church has waged war against him by dredging up sexual assault accusations by Breest and four other women.

He also blamed the church for failing to help him help him stop cheating on Rennard.

‘They really led me to believe I could be fixed,’ he said, choking up. ‘They lied.’

Despite his claims, jurors were told that both sides of the civil case have agreed that there isn’t any evidence linking Breest to Scientology.

At the start of the trial, the Church of Scientology slammed Haggis’ claims that it had anything to do with the allegations against him as bogus.

‘From day one, Haggis conspired with anti-Scientologists to shame his own accusers by ‘accusing’ them of making their claims on behalf of the Church of Scientology,’ the church said in a statement to the court. ‘The claim is absurd and patently false.’

Along with Haggis’ testimony, the court heard from Rennard, who was married to him for 12 years and shares a son with him.

She said that while her ex-husband did cheat on her with about 20 different women, she does not believe he raped anyone.

‘I find it really really hard to believe,’ Rennard said. ‘It has nothing to do with my experience and knowledge of Paul in the 30 years I’ve known him.’

‘I know of no reputation with him regarding women,’ she added. ‘He had great relationships with women. I never heard of anything negative.’ 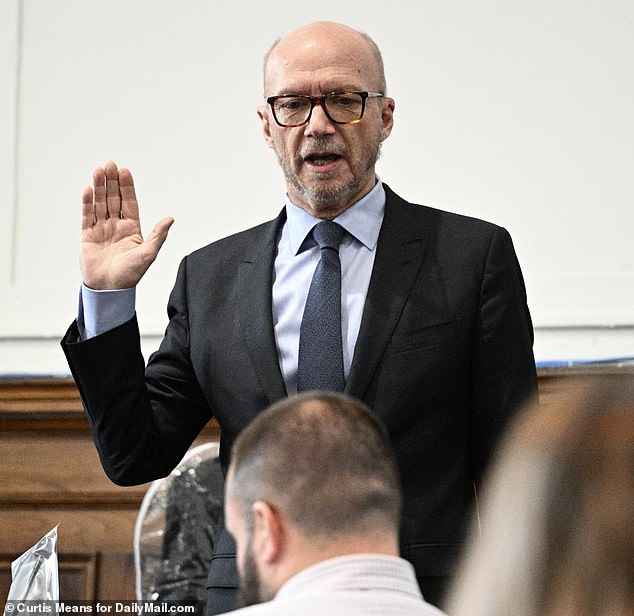 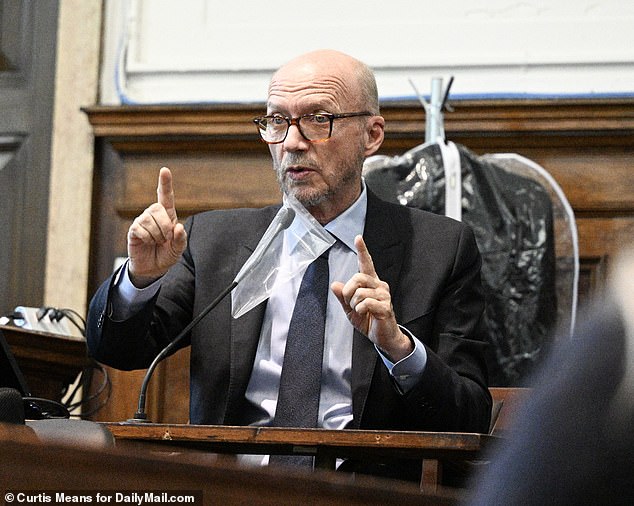 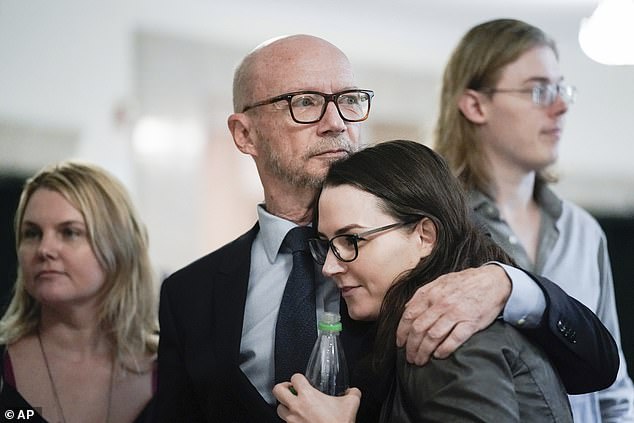 Pictured: Haggis walking into court while hugging his daughter, Lauren

Breest is one of four Haggis accusers, though so far the only one to take her allegations to court.

She told jurors last month that the night of the encounter, Haggis became ‘agitated’ when she suggested the pair go to a public bar instead of his Manhattan home.

Breest filed her civil suit against the ‘Crash’ director in 2017 at the height of the #MeToo movement, claiming the renowned director had raped her on January 31, 2013, when she was 26 and working as a freelance publicist.

She said Haggis offered her a ride home after a movie premiere on the Upper West Side and over her objections took her to his loft home on Mercer Street.

Breest on October 20 recalled her cell phone being dead as she entered the director’s doorman-less building and boarded an elevator to his penthouse.

She described the kitchen and living room area and said: ‘I put my bags down, he walked toward me with his mouth open trying to kiss me.’ 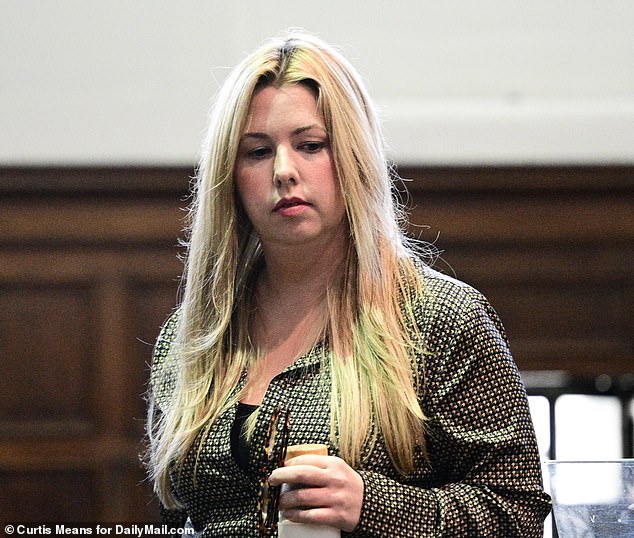 Breest maintains that Haggis raped her in his SoHo apartment on January 31, 2013 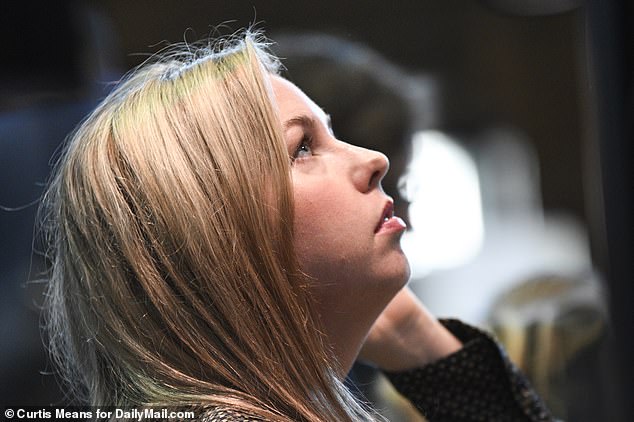 The director, she recalled, ‘slobbered’ as he pinned her against the refrigerator and made contact with her lips.

‘I said, ‘How about that wine?” testified Breest. ‘I wanted to remind him why I was there, for a drink and wanted to let him know without offending him.’

‘He was an important guest. He was a friend of my boss and I didn’t want to make an enemy,’ she said.

Therapist, Dr. Catherine Baker-Pitts, who treated Breest from 2017 to 2019, testified that the accuser ‘lived in a constant state of fear.’

The first witness at the trial, a publicist for a Canadian TV show, testified via video shot in 2019 that Haggis raped her while they worked together on the show Due South.

The anonymous woman is one of the four Haggis accusers. Two more of the women are expected to testify against Haggis.

One of the director’s three daughters is expected to testify on his behalf. 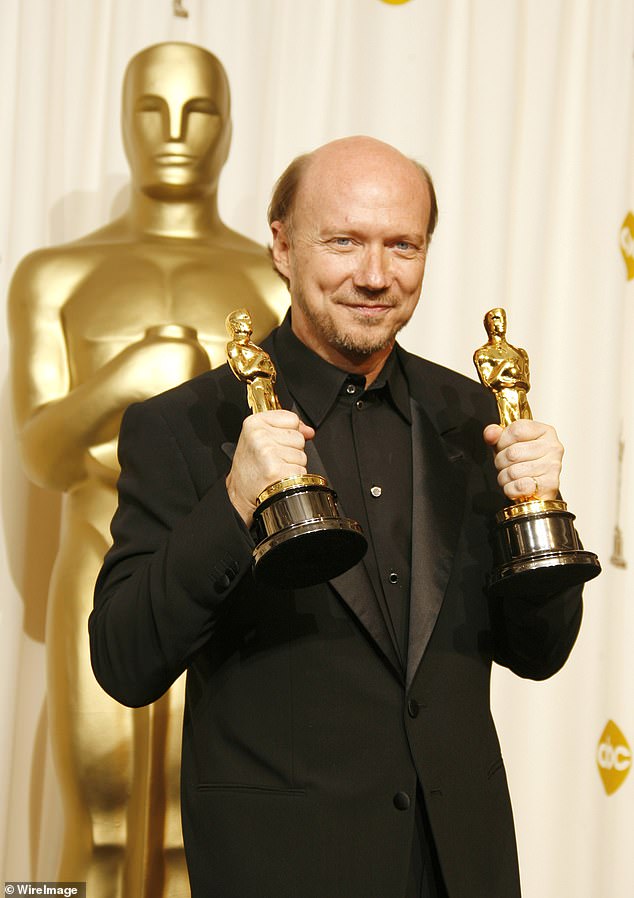 Haggis won two Oscars for the movie Crash in 2006 (above)

According to a 12-page complaint filed in 2017, Breest claims Haggis led her to a bedroom where he removed her tights, took off his own Banana Republic boxers, and forced her to perform oral sex, instructing her to ‘put my d**k in your mouth.’

She says he then raped her without using a condom, saying: ‘I’ve had a vasectomy, so you’re fine. You can’t get pregnant.’

After the alleged attack, she says she ‘lost consciousness’ in the bedroom and later woke up to find him in a different part of the apartment.

Urgent Android alert as terrifying bug is back! Delete these apps now

Biden has ‘bigger issues to worry about’ than mask mandate: press secretary

I prefer nudes from my boyfriend to sex with my wife – am I gay?