A Metropolitan Police car has crashed into a pedestrian near Westfield in London this afternoon.

The man who was hit has been taken to hospital and officers from the Met said his condition is not believed to be life-threatening.

Video from the scene shows a man lying in the road near Westfield Shopping Centre in Shepherd’s Bush just before 2pm this afternoon.

Two women appear to be comforting the man who was seen lying on his side.

An unmarked police car was filmed at the scene with its blue flashing lights. 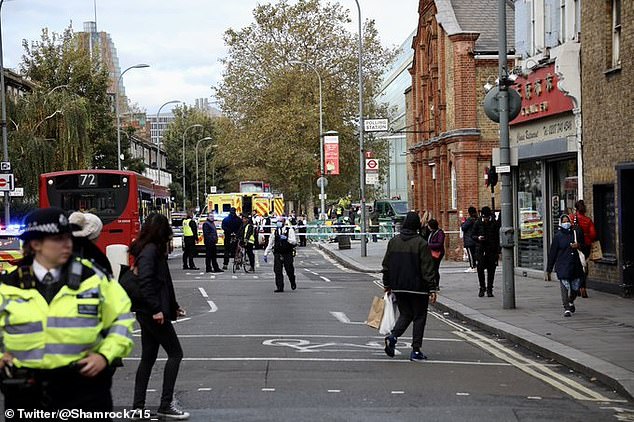 The force’s traffic officers have launched an investigation and it is unknown at this stage if the police car was on lights and sirens responding to a call when the crash occurred.

The road was closed in both directions after the crash and two ambulances and the air ambulance were pictured at the scene this afternoon.

A spokesman for the force told MailOnline: ‘Officers from the Roads and Transport Policing Command are investigating after a police collision. 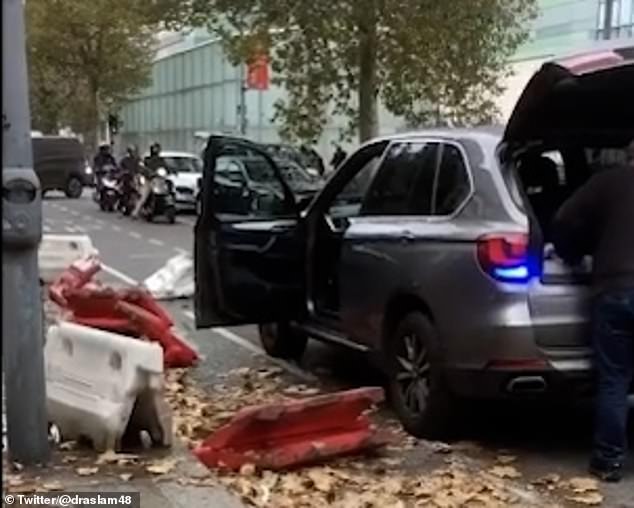 Pictured: An unmarked police car was pictured at the scene immediately after the crash but it is unknown if it was responding to an incident on flashing lights and sirens at the time 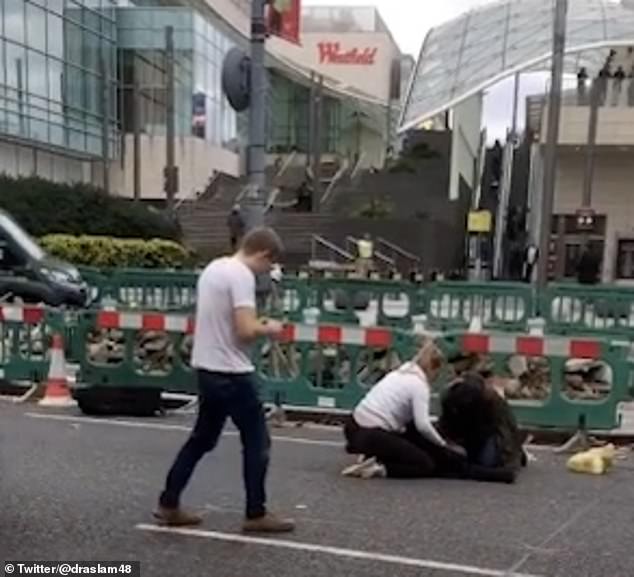 The man, who was comforted by fellow pedestrians in the immediate aftermath of the crash, was taken to hospital with non-life threatening injuries and an investigation was launched

‘A police car collided with a pedestrian.

‘The male pedestrian was taken to a central London hospital. His condition has been assessed as non life-threatening.

‘The Met’ Directorate of Professional Standards has been informed as a matter of course.

When is the next UK lockdown review? – The Sun

Hollywood Sends Mixed Reactions on the Death of Don Imus