People in Wales are least likely to wear a face mask and most likely to avoid tourists during coronavirus pandemic, poll shows

People in Wales are less likely to wear a face covering during the coronavirus pandemic than people in England and Scotland but are more likely to avoid tourists, according to new surveys.

Just 43% of Welsh respondents said they had worn a covering or mask in the last two weeks, compared to 65% in England and 75% in Scotland.

Wales is the only country in Britain where face coverings are not required to be worn in shops to help prevent Covid-19 transmissions, but like in the rest of the UK they are mandatory on public transport. 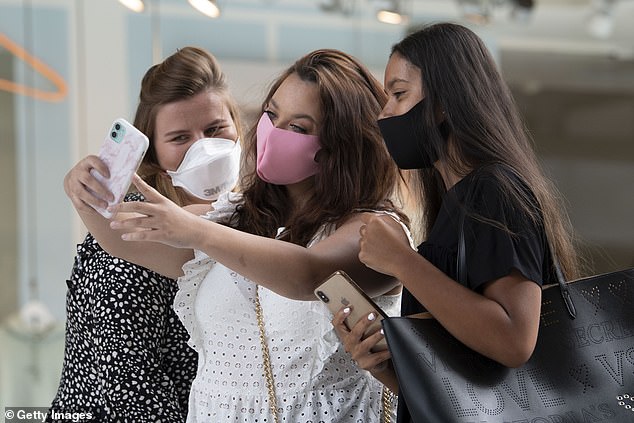 Only 43 per cent of Welsh people that responded to a YouGov survey said that they have worn a face mask in the last two weeks, compared to 65 per cent in England and 75 per cent in Scotland (file image of three women wearing masks in Cardiff on June 22)

First Minister Mark Drakeford has said he would not mandate the use of three-layered face coverings in public places like shops because the country had the two-metre social distance requirement written into its regulations.

But he said that could change depending on the state of the virus in Wales in future, while claiming businesses could request customers wear the coverings anyway.

The YouGov survey was one of a series it focused on the difference in people’s behaviours between the three countries.

It said the results showed how each nation’s government has impacted public behaviour.

Another poll found that people in Wales were the most likely to actively avoid contact with tourists (41%) compared to Scotland (33%) and England (30%). 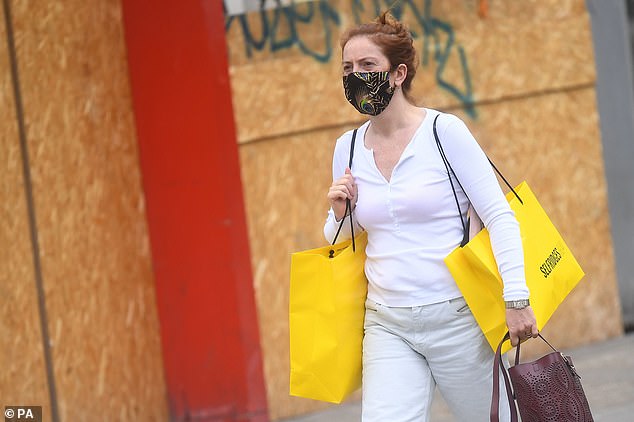 Face masks have been compulsory for people entering shops and supermarkets in England since July 24. (File image of a woman wearing a face covering on Oxford Street on July 24 when they became compulsory) 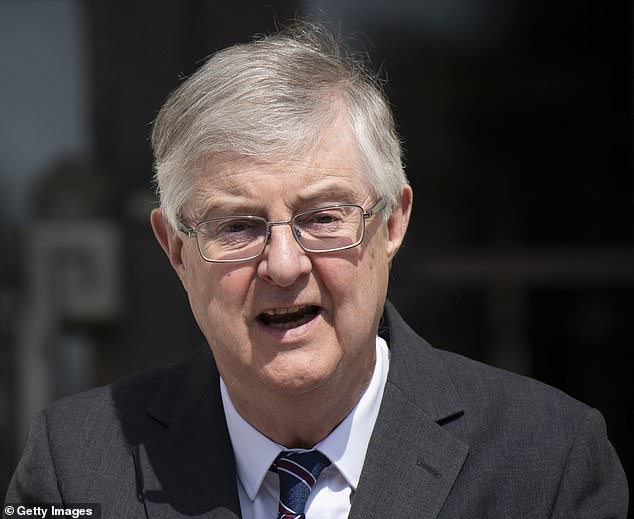 And Welsh residents were the most likely to support the decisions taken by their government, including stopping all inbound flights (38%, vs 31% in Scotland, 27% in England) and temporarily closing schools (29% vs 21% and 22% in England and Scotland).

The survey also found that people in England were the least likely to support quarantining people and placing areas back into lockdown (30%) compared to Scotland (39%) and Wales (43%).

England was also the country which had the least support for quarantining someone who had come into contact with a contaminated patient (65%) vs 75% and 76% for Scotland and Wales respectively.

However the survey noted its work in Scotland was conducted in late July, prior to the recent outbreak in Aberdeen.

Simon Pegg Reveals He Was a 'Lost and Unhappy, and an Alcoholic' as He Hit the Hollywood Big Time

YouTube to provide more context on videos about mail-in ballots