PIERS MORGAN: Boris Johnson likes to think he is Churchill reincarnated but in our new darkest hour, he has stood for confusion, weakness, dithering and incompetence. And his shameful mixed messages will cost many more lives

I watched Darkest Hour again the other night.

His rousing rhetoric, dogged single-mindedness, extraordinary resilience and resolve, and sheer bloody-minded fearlessness in the face of a terrifying enemy almost single-handedly convinced this country to believe we could beat the Nazis.

My late grandmother, who was in her early 20s during WW2, used to get tearful when she recounted how she would listen to Churchill’s radio broadcasts to the nation and feel reassured we would prevail even when all seemed lost. 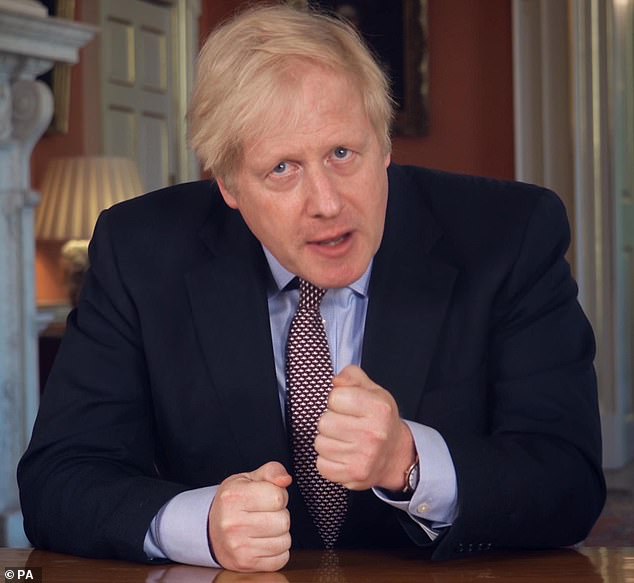 Churchill’s ferocious never-give-in ‘we’ll fight them on the beaches’ defiance fired up Britain to think the same when many in the ruling class were prepared to throw in the towel.

One of his biggest fans is Boris Johnson, the current British Prime Minister, who wrote a best-selling book about his predecessor called The Churchill Factor.

It’s a good read, but readers are left in little doubt by the end that the author clearly views himself as the new incarnation of Sir Winston.

But he’s not, as this coronavirus crisis has cruelly exposed, and as last night’s prime time TV address to the nation sadly confirmed.

Johnson’s speech, which was inexplicably pre-taped not live, was full of cheap bluster, blather and fist-banging.

What it lacked was any rousing rhetoric and – even more shamefully – any clear, precise information.

The first rule of government in a crisis like this clarity.

Yet by the end of Johnson’s meandering, often nonsensical address, people were more confused than they were before it.

Just 30 per cent of people interviewed in an exclusive YouGov poll for Good Morning Britain said afterwards that they understood what he had said, meaning two thirds of the public didn’t.

Johnson ditched the very clear and effective ‘STAY HOME, PROTECT THE NHS, SAVE LIVES’ slogan for an absurd new one ‘STAY ALERT, CONTROL THE VIRUS, SAVE LIVES.’ 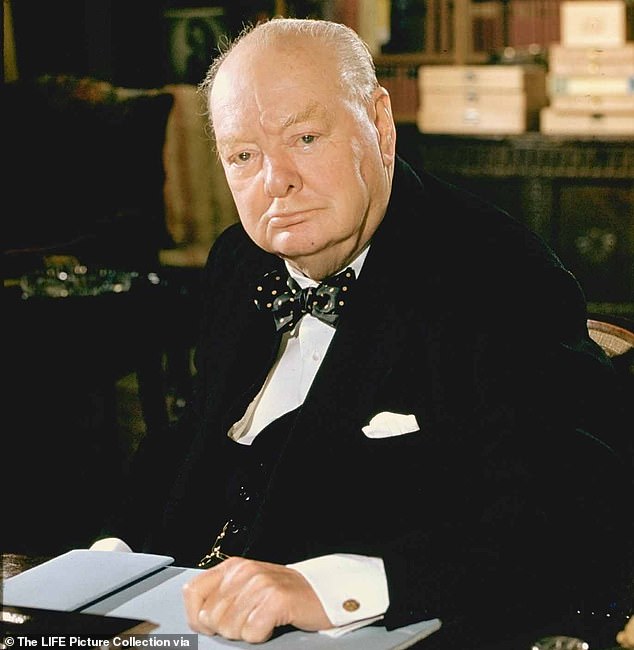 What the hell does that even mean?

Alert to what, exactly?

This enemy is something we can’t see, hear, smell or feel.

And as for controlling it – how?

The only way to ‘control’ COVID-19 is to either find a vaccine that works, drugs that can stop people from dying with it, or an antibody test that is 100 per cent reliable and can prove we get some immunity if we’ve had the virus.

None of these things exist yet.

So, we have no way to ‘control’ the coronavirus.

All we can ‘control’ is the risk of being infected.

The seven-week lockdown has been successful in reducing the number of infections.

But Boris Johnson’s insane decision to scrap the ‘STAY HOME’ message means the lockdown has now effectively ended and millions more people will leave their homes for non-essential reasons.

Many of them will breach the new lockdown rules because they simply don’t understand them.

Even Tory MPs don’t understand them.

I asked one of the chief Brexiteers, Andrew Bridgen, today if I was allowed to go and see two of my sons that I haven’t seen for ten weeks, at the same time, if I stayed two metres apart from them.

He said I could. 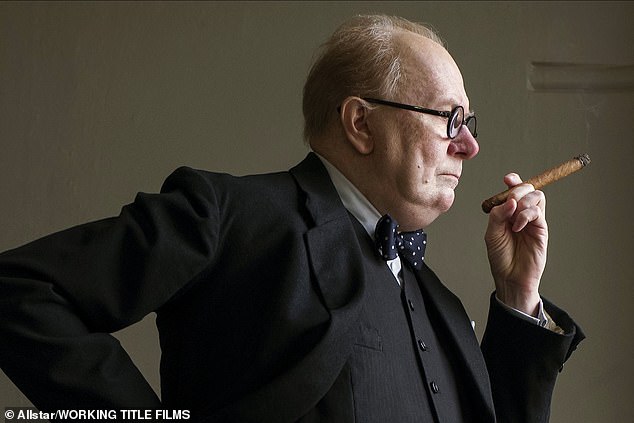 But I can’t. It’s against the rules.

And those rules were set up to save lives.

Even top cabinet ministers don’t understand what the hell is going on.

Foreign Secretary Dominic Raab, who didn’t have the guts to come on Good Morning Britain, spent the morning doing a procession of interviews in which he contradicted the Prime Minister and even himself about basic facts.

First, he said we could all meet one other person from another household if we maintained social distancing. (Though he didn’t explain why we can’t play sport with that person if we keep 2m apart)

Then he said we could in fact meet two people from another household, and specifically confirmed this meant we could go and see both parents at the same time if we stayed 2m apart – even if they’re elderly and therefore classed as ‘vulnerable’.

I was very excited by this announcement as I haven’t seen my parents for ten weeks either.

But within minutes of Raab saying it, the government rushed out a clarification that the rule was one person not two.

What a deadly shambles.

How many people will have heard Raab clearly say two, but not have then heard about the clarification?

And how many lives will his mistake cost, as those people now mistakenly rush out to see their elderly parents?

Because that is what’s at stake here: human lives.

Britain already has the second worst coronavirus death toll in the world, according to the government’s own graphs.

And that’s before we add the number of ‘excess deaths’ to the total, which would mean an estimated 55,000 people have died in the UK with COVID-19, 24,000 more than the current official figure.

Yet as it urges people back to work, putting the economy before lives, the government can’t even give clear guidance on who should go back to work, and when or how.

Yesterday, No10 said in a press release that new workplace rules would come into effect today.

But Raab said they start Wednesday.

Why did they get this simple instruction so badly wrong?

As a result of last night’s advisory, hordes of people went streaming back to work today, with no idea what the official advice is on how to keep safe when they did so.

Public transport was rammed as a result, with little social distancing being observed, which will sharply increase coronavirus infections and, consequently, deaths.

This mixed messaging is chaotic and disgraceful. Yet not surprising. 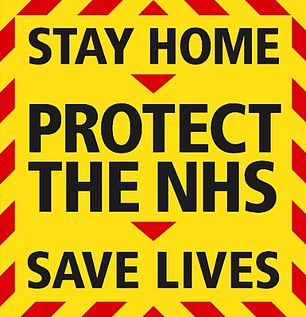 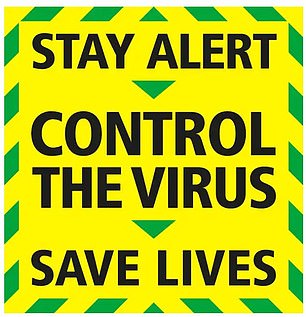 The ‘STAY HOME, PROTECT THE NHS, SAVE LIVES’ slogan has been switched for ‘STAY ALERT, CONTROL THE VIRUS, SAVE LIVES’

No10’s director of communications is a man named Lee Cain.

Cain’s biggest claim to fame before this was to dress up as a bright yellow chicken when he was a Daily Mirror reporter and harangue Tories like David Cameron for ducking accountability and tough questions.

Now Cain bans journalists like me from asking tough questions of Tories like the Prime Minister and other government ministers. 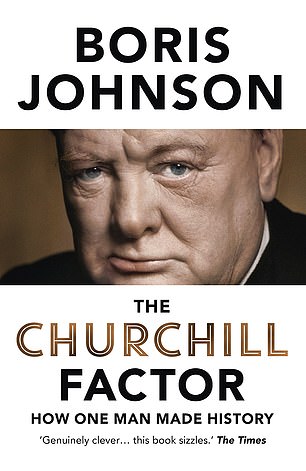 It’s clear that Cain is completely out of his depth, which explains why No10 messaging throughout this crisis has been so horrendously bad.

But there’s a far bigger problem than him and it’s his boss.

Churchill, whether you loved or hated him, had guts. He showed it while serving his country on the frontline himself in WW1, and as a wartime leader in WW2.

Boris Johnson is a coward who shuns proper accountability for his actions.

As Politico Europe columnist Jack Blanchard revealed today, when Johnson speaks to the House of Commons today, it will be his very first statement in Parliament on coronavirus.

Think about that staggering fact for a moment?

The Prime Minister of Great Britain hasn’t made a single Commons statement about the biggest crisis to hit this country since WW2 in the 15 weeks since the World Health Organisation announced it was a ‘global health emergency.’

In fact, this is only the second time he’s made a Commons statement on anything this year.

He has yet to make any appearance before the Commons’ Liaison Committee, that is made up of all the select committee chairs and usually holds three oral evidence sessions with the Prime Minister a year – eight and half months into his premiership, and he has refused to give a press conference or media interview for the past 11 days.

Johnson’s even abandoned his daily news briefing today where he would be asked questions by journalists, and instead will answer video questions from members of the public.

That he is ducking proper accountability should surprise nobody.

After all, this is the guy who ran and hid in a fridge during the election campaign when we tried to ask him questions live on GMB after he reneged on three promises to give us an interview.

And the same guy who has now banned all his ministers from appearing on GMB because a series of junior member of his government woefully embarrassed themselves in the face of very basic questions about the crisis.

Why does all this matter?

Because the government handling of this crisis has been a disastrous fiasco from start to finish.

We didn’t prepare for this pandemic properly, despite running a three-day exercise in 2016 specifically to work out what we needed to prepare for a pandemic like this.

As a result, we’ve sent health and care workers into battle on the frontline without proper Personal Protection Equipment – and over 200 of them have now died.

We didn’t have anywhere near enough tests either, meaning we had to stop testing anyone but the seriously ill in hospital and a few key NHS workers.

This in turn meant that many elderly hospital patients with COVID-19 were sent back to their care homes to free up NHS beds, without being tested to see if they were negative – sparking a horrifying new care home epidemic that still rages today.

The Deputy Chief Medical Officer Dr Jenny Harries said at the time we stopped testing that it wasn’t ‘appropriate’.

She’s now admitted this was a lie – it was done because we didn’t have enough tests.

And we still have nowhere near enough tests. 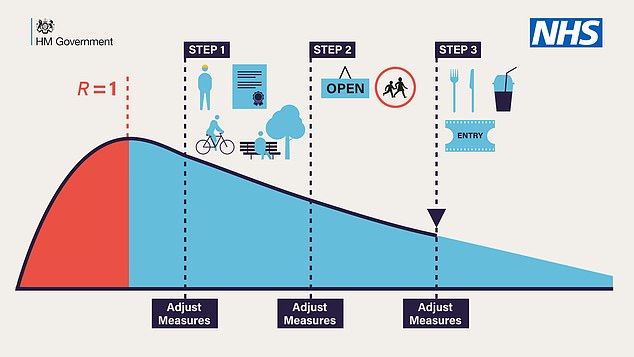 Boris Johnson used this graphic during his briefing last night, with Step 1 for this week, Step 2 planned for June and Step 3 for July

The Government pledged (the tweet from April 4 is still on the No10 Downing Street account) we would ‘be testing 100,000 people a day by the end of April.’

We even had to fly 50,000 tests to the United States because two of our labs had ‘issues’.

And what about the farce surrounding our airports?

For two months I’ve been asking ministers why we haven’t been testing people arriving at our airport or quarantining them – things that 90 per cent of other countries have been doing since mid-March.

I kept being told we were ‘following the science’ which said we didn’t need to do it.

Now we’re going to do it from next month, after 18 million people have flown in, many from coronavirus-ravaged countries.

You don’t need to be a scientist to know the horse has bloody bolted.

Just as a verifiable idiot could have deduced that allowing the Cheltenham Festival, big football matches and pop concerts to go ahead after the WHO officially called the coronavirus a ‘global pandemic’ on March 11 was a catastrophically bad decision.

All of this woeful incompetence has led us to a place where Britain has the 2nd worst death toll in the world, which is as horrifying as it’s scandalous.

Boris Johnson now asks us to ‘control the virus’ because he’s lost control of this crisis.

He looked to me last night like a big bumbling blustering blonde-haired rabbit in headlights who has no idea what to do.

I asked Scotland’s First Minister Nicola Sturgeon this morning if she understood the UK government’s new ‘STAY ALERT, CONTROL THE VIRUS’ message and she said no, she didn’t.

Then she said she would not be allowing most of the Prime Minister’s new measures to apply in Scotland because they ‘risk lives’.

This means she thinks Boris Johnson’s decisions are going to kill people.

Can there possibly be a more damning verdict on a Prime Minister than that?

Most millennials think the Battle of Britain was a Viking invasion, a general election or a First World War naval battle