A police force has paid substantial damages to five ‘Kill the Bill’ protestors after they were assaulted by officers, they allege.

One of the protestors claimed he was left with scars after being struck in the face with a riot shield, while another alleges she struggled to breathe when she was crushed beneath two police shields.

Avon and Somerset police have confirmed they settled the claims – for an undisclosed amount – but had not admitted liability. The force continues to dispute the accounts an insists the officers’ actions were not unlawful. None of the five claimants were arrested nor have they been charged with any criminal offences.

The protest, which took place on 23 March 2021, on College Green, in Bristol’s city centre, saw protestors gather in opposition to the Police, Crime, Sentencing and Courts Bill – which they feared would discriminate against the Gypsy, Roma and Traveller communities.

Vehicle dwellers Lee Guy, 34, Flora Sidebottom, 23, Luke Wentworth, 33, and two others were among protestors who attended the peaceful demonstration. 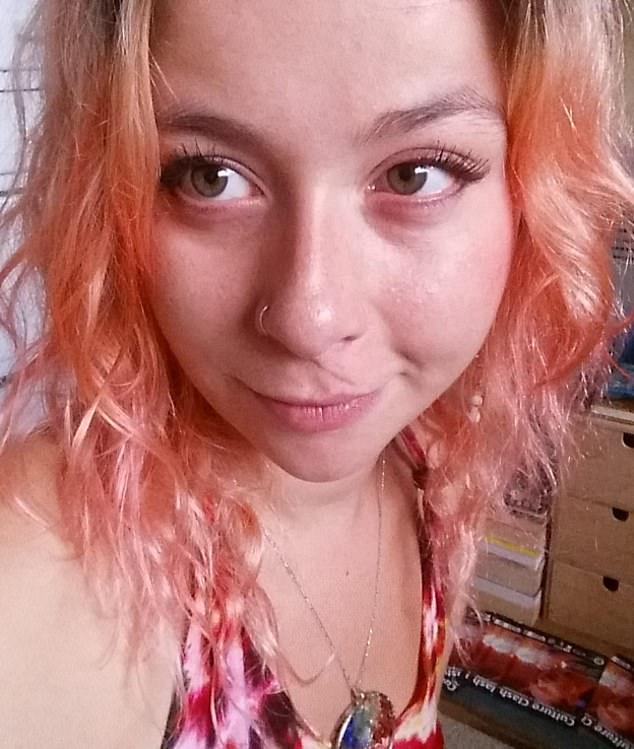 Luke Wentworth, 33, was among five protestors to be awarded damages after attending the peaceful demonstration

The parliamentary Joint Committee on Human Rights described parts of the Bill affecting GRT communities as ‘likely to be in breach of the right to respect for private and family life … [and] in contravention of the requirement … that human rights and freedoms be secured without discrimination.’

After a day of peaceful protest, large numbers of police officers from Avon and Somerset and surrounding forces, dressed in body armour and carrying shields, forced the protestors off the Green, bringing the demonstration to an abrupt end.

All the protestors in the legal settlement alleged they were either assaulted or put in fear of police violence.

Mobile phone footage shows one protestor included in the settlement being dragged along the ground by his hair. Lee Guy claims he was struck in the face with a riot shield and was left with scars.

None of the five claimants were arrested nor have they been charged with any criminal offences.

The bill also planned to introduce a range of anti-protest measures – such as the ability to impose ‘conditions’ on any protest which is deemed to be disruptive to the local community and up to 10 years in prison for damaging memorials, such as statues.

This bill sparked outrage across the country and for many months saw cities across the UK filled with chants as thousands joined ‘Kill The Bill’ protests.

In a video taken on the day, Luke Wentworth can be seen speaking with officers earlier in the evening saying ‘we don’t want to have a rave here. We don’t want to turn this into a festival we don’t want bad press. It is really important for us that this goes nicely. Not only with the local community and with the media but also with you guys’. 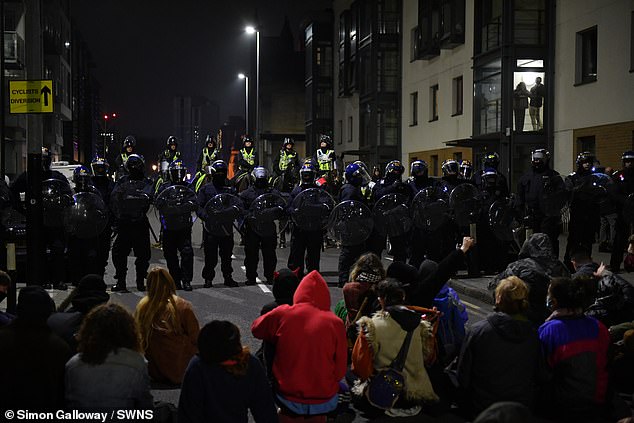 Despite agreeing to pay damages the police have refused to admit liability or apologise.

Lee Guy, a visual artist and musician, said: ‘The protest had been so peaceful all day, which was really important to us. We wanted to show the police and the public that we weren’t hooligans and we weren’t a threat.

‘We were there to make a serious point about a way of life that is under threat. So it was really shocking to be confronted with rows of police officers in riot gear pushing and hitting us.

What is the Police, Crime, Sentencing and Courts Bill?

The PCSC Bill is an act to introduce new police powers and review rules around crime and justice across England and Wales.

The Bill significantly widens the range of situations in which police officers can place conditions on protests – e.g. on any protest which is deemed to be disruptive to the local community and up to 10 years in prison for damaging memorials, such as statues.

Previous amendments were defeated by the government including efforts to remove discrimination against travellers and measures which some fear may compound racism in policing and disproportionately impact marginalised groups.

The government agreed a requirement for the Home Secretary to conduct a review of the new powers within two years.

‘People were sitting on the ground with their hands in the air saying peaceful protest but they still got hit. I was trying to leave the Green when a police officer smashed me in my face with his shield for no reason at all.

‘I hope this settlement will remind all police forces that they need to respect the right to peaceful protest, because they’ll be held accountable if they don’t.’

Flora Sidebottom, a teaching assistant, said: ‘The atmosphere at the protest had been lovely, people were singing songs and doing circus skills.

‘Lots of people were wearing masks and there was hand sanitiser available. I couldn’t believe it when the riot police turned up and started attacking people. At one point I was crushed under two riot shields and I felt like I couldn’t breathe. One officer even pulled my face mask off, which was really shocking as they had forced us so close together.

‘I’ve been to quite a few demonstrations over the years but I’ve never experienced that kind of violence from the police. I was covered in bruises afterwards. It’s totally undermined my confidence in the police as somewhere I could go for protection if I needed it.’

A police spokesperson said: ‘We can confirm Avon and Somerset Police has settled claims brought by five people in relation to the decision to disperse them from College Green, Bristol, on 23 March 2021, when Covid-19 restrictions were in place.

Luke Wentworth, an artist, added: ‘As one of the older people at the protests I felt quite a lot of responsibility to make sure that things went smoothly and there wasn’t any repeat of the trouble we had seen at the other Kill the Bill demos.

‘That’s why I made a point of searching out officers earlier in the evening and trying to build a dialogue with them. I wanted them to understand that we would work with them to make sure there wasn’t any need for the police to get heavy handed, but when it came down to it they just ignored me and stormed in anyway. 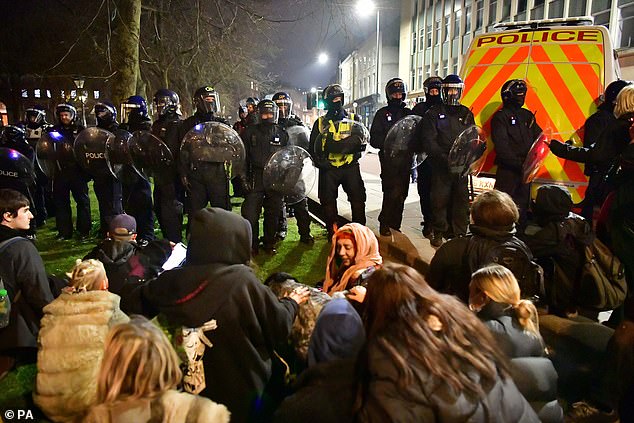 The bill sparked outrage across the country and for many months saw cities across the UK filled with chants as thousands joined ‘Kill The Bill’ protests. Pictured: Police and protesters at College Green in Bristol on March 23, 2021

‘It was horrible to see, and I felt like I had let the other protestors down, particularly the young ones who were obviously really upset.

‘I just couldn’t believe that we had been entirely peaceful, we were speaking with the police, and they still decided to treat us like a mob.’

In legal correspondence with the public law and human rights department at the law firm Irwin Mitchell, which represents the protesters, they argued that the senior officer in charge of policing the demonstration on 23 March 2021 acted unlawfully when they failed to consider whether it was ‘necessary and proportionate’ to clear the demonstration by force.

Liz Truss: There is a 'deal to be done' with EU on Brexit border rules

Jennifer Aniston's New Dog Clydeo — an Animated Pup Based on Her Actual Schauzer Mix — Is Ready for Social Media Fame: 'I Am Excited for Everyone to Meet Him'