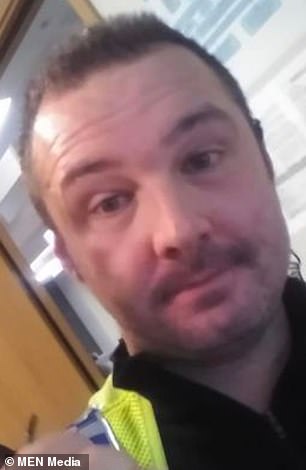 Jamie Powdrill has now been dismissed for gross misconduct

A police officer who attacked a woman in her own bed and refused to let her leave the house in a horrific campaign of domestic abuse has been dismissed for gross misconduct.

Jamie Powdrill, an officer with Humberside Police for 18 years, rose to a position of responsibility as a tutor constable – which he used to coerce and control his relationships with two student officers.

Powdrill has now been dismissed from the force for gross misconduct after the women came forward to testify against him during a hearing in December.

The hearing was told that Powdrill was in a relationship with a woman known only as A, who was an ambulance technician he had met through his work.

The panel was told that he physically prevented her leaving his address to attend work and physically assaulted her whilst she was in bed following a night shift.

The hearing was also told that Powdrill engaged in a relationship with another woman, known as PC B, who was a trainee officer to whom he was providing help and advice as a more senior officer.

In a similar pattern, he subjected her to unwanted, controlling and coercive behaviour over three months.

Powdrill was able to strike again, when he stuck up a relationship with PC C, who was also a student officer. 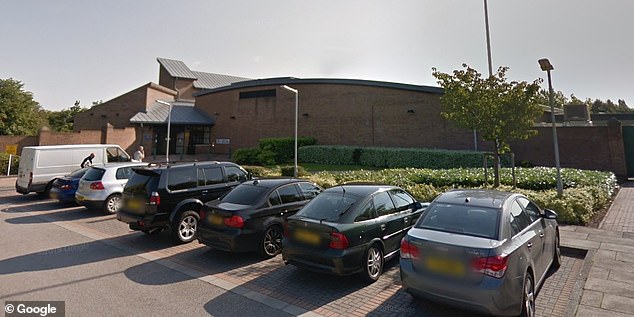 Jamie Powdrill, an officer with Humberside Police for 18 years, rose to a position of responsibility as a tutor constable – which he used to coerce and control his relationships with two student officers (pictured: Humberside Police headquarters)

Over two months, he subjected her to the same abusive behaviour, physically injuring her in the process.

The panel found the Powdrill’s conduct breached the Standards of Professional Behaviour relating to Discreditable Conduct and amounted to gross misconduct.

In conclusion, the hearing’s panel wrote: ‘The panel determined that the officer was solely responsible for his actions, he abused his position as a tutor constable, two of his victims were student officers, and he was a perpetrator of domestic abuse spanning a number of years.

‘The panel were satisfied that the three women were all harmed by his behaviour which was sustained and repeated over a significant period of time.

‘There were a number of aggravating factors, including the vulnerability of the women, the number of victims of the officer’s behaviour, and that misogyny in the police is a national concern.

‘There was a lack of genuine remorse, insight or acceptance of responsibility of the impact of his behaviour, and the panel noted that the manner in which his case was conducted added to the distress of his victims.

‘The panel found the allegations amounted to gross misconduct and immediate dismissal the appropriate sanction.

‘No lesser sanction would serve the purpose of maintaining public confidence in and the reputation of the police service, uphold high standards of policing and deter misconduct and protect the public.’

Mom Whose Son Spent $16,000 Playing Sonic Forces Won’t Be Getting A Refund

Wordscapes daily puzzle Tuesday March 30: What are the answers today?