A police officer has been taken to hospital with serious injuries after he was pinned between two cars in Melbourne’s west.

Officers were patrolling in Melton when they spotted a car without number plates and followed it into a driveway on Henry Street about 1.30pm Monday, Victoria Police said.

Police said the driver of the vehicle then reversed into the police car when the officers got out and then drove forward.

The policeman was pinned between the suspect vehicle and another parked car, before the offender fled the scene.

The officer was taken to the Royal Melbourne Hospital with serious but non-life-threatening injuries to his lower body.

He is in a stable condition, according to Ambulance Victoria. 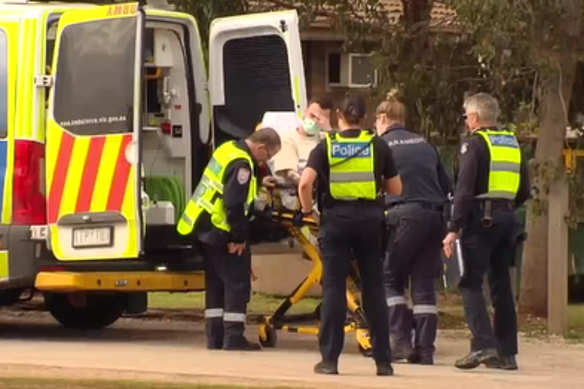 A Victoria Police officer was left with serious injuries when he was pinned between cars after a ramming at Melton. Credit:Nine News

A female passenger in the car was taken into custody but was released pending further inquiries.

The driver and car involved in the incident are yet to be found.

It comes after three teenagers were stabbed in Melton in what police said were related incidents on Sunday.

“We have the public order response team coming to Melton this afternoon to patrol those locations to assist local police who will be patrolling throughout the week to ensure that these offences are not repeated at all,” Superintendent Michael Cruse said. 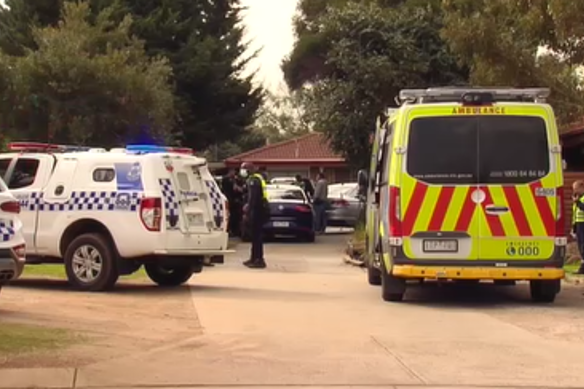 The scene where a police car was rammed on Henry Street at Melton.Credit:Nine News

A 15-year-old boy was stabbed in the stomach at the intersection of Coburns and Barries roads at Melton West about 8.30pm.

Around the same time, a 15-year-old boy and a 17-year-old boy were also rushed to hospital with stab wounds near the intersection of Station and Brooklyn roads at Melton South.

Anyone with information is urged to contact police or Crime Stoppers.

Cardi B Deletes Twitter After Fans Come For Her Over Offset Reconciliation: ‘People Are Making Rumors Up’