The ‘plague doctors’ are back! Police probe creepy 17th Century physician seen scaring children near duck pond – weeks after spate of sightings across UK at start of pandemic

Pranksters dressing up as ‘plague doctors’ have returned once again as police in Gloucester confirmed they are investigating a sinister figure seen scaring children near a duck pond.

Officers said they want to offer advice on the ‘appropriateness’ of the outfit, which is similar to those seen a number of times up and down the country throughout the pandemic.

A member of the public posted on social media on Sunday alerting people that a man wearing the mask was in Saintbridge near Coney Hill.

The mask is similar to what doctors wore when they were treating people affected by the Bubonic Plague in the 17th Century. 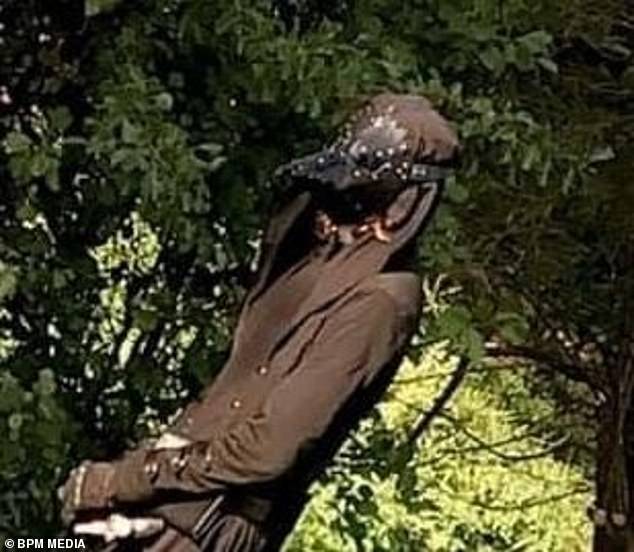 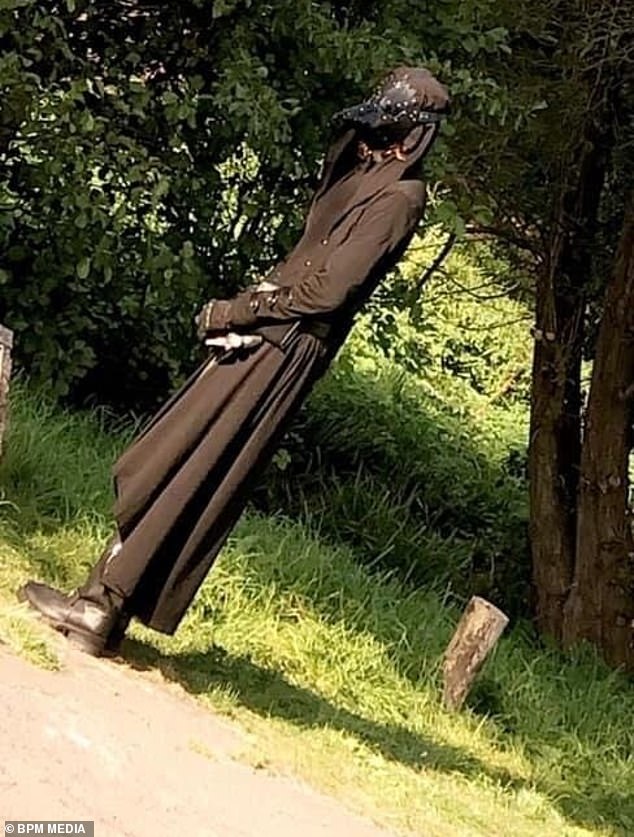 During the plague doctors dressed in certain clothes they believed protected them from the airborne diseases.

They wore long, ankle-length overcoats and bird-like beak filled with plants and herbs that had a smell, usually lavender.

Historians think  the outfit was invented in 1619 by Charles de Lorme who got the idea for head-to-toe clothing from a soldier’s armour.

Chloe, from Coney Hill, said: ‘I was there chilling at the duck pond on Sunday and I saw a man when I was walking on top of the bridge.

‘He was talking to the kids, and one child ran off because they were so scared.

‘The group of children were very young and small, the one who ran off must have been about 10 years old.’

The man has been spotted wearing the mask and a long brown overcoat.

A Gloucestershire police spokesperson said: ‘We are aware an individual has been seen wearing medieval style costumes in and around Gloucester.

‘While it is not an offence to dress in this way, we will be looking to speak to the individual to give advice on the appropriateness of the costume at this time.’

Plague doctor costumes have appeared a number of times since the start of the pandemic earlier this year.

At the end of April, concerned locals in Norwich reported a prankster to police after seeing them wearing a long black cloak, hat and pointed beak-like mask.

Norfolk Police later unmasked the ghoulish figure as a local teenager who had dressed up in the outfit as a joke.

Officers said they have spoken to the boy about the ‘consequences of his actions’, but he will escape prosecution unless he defies police to continue his display.

Just days later, another eerie figure wandered through London’s Crouch End, much to the amazement of locals who peered through their windows.

As he went about his business in the capital, the prankster popped into a local supermarket and ‘tipped his hat’ to people as he passed them.

A plague doctor was then also spotted at a protest in Hyde Park in July, where hundreds of activists had gathered to oppose the imminent policy of making face coverings mandatory in shops.

The plague, caused by the bacterium Yersinia pestis, was the cause of some of the world’s deadliest pandemics, including the Justinian Plague, the Black Death, and the major epidemics that swept through China in the late 1800s.

The disease continues to affect populations around the world today.

The Black Death of 1348 famously killed half of the people in London within 18 months, with bodies piled five-deep in mass graves.

When the Great Plague of 1665 hit, a fifth of people in London died, with victims shut in their homes and a red cross painted on the door with the words ‘Lord have mercy upon us’.

The pandemic spread from Europe through the 14th and 19th centuries – thought to come from fleas which fed on infected rats before biting humans and passing the bacteria to them.

But modern experts challenge the dominant view that rats caused the incurable disease.

Experts point out that rats were not that common in northern Europe, which was hit equally hard by plague as the rest of Europe, and that the plague spread faster than humans might have been exposed to their fleas.

Most people would have had their own fleas and lice, when the plague arrived in Europe in 1346, because they bathed much less often.

'Thor: Love and Thunder' to Catalyze a New Thor Franchise Starring Natalie Portman in the MCU?

Inside the Undying Fascination With Sharon Tate

Smartphone season is upon us, but consumers don't seem excited