Prince Harry faces a backlash over controversial plans to invite injured Israeli soldiers to compete at his Invictus Games.

Israel is under investigation for alleged war crimes in the Palestinian Territories and has never previously been involved in the tournament, but The Mail on Sunday understands that its inclusion in the 2022 Games was agreed in principle earlier this month. Last night, an Arab commentator said the move would be seen as ‘provocative’.

Financial backing for an Israeli team has already been sought from global charity Genesis Philanthropy Group (GPG), which was co-founded by London-based Russian oligarch Mikhail Fridman. 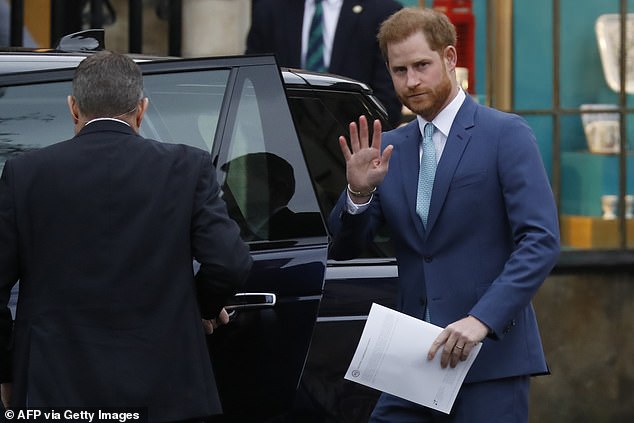 Prince Harry faces a backlash over the proposed inclusion of Israel in the games. He is pictured at Westminster Abbey on March 9 after attending the Commonwealth Service

Mr Fridman was named in former MI6 officer Christopher Steele’s dossier alleging Kremlin links to US President Donald Trump and the billionaire last year appeared in a Spanish court accused of corruption and helping to orchestrate the bankruptcy of a technology firm. He denied the charges.

Launched in 2014, the Invictus Games for wounded or sick military personnel and veterans, are close to the Duke’s heart. This year’s competition was postponed earlier this month due to the coronavirus outbreak. It will now be held in 2022 in Germany.

At the time the tournament was due to go ahead this year in The Hague and Israel was invited to send ‘observers’ with a view to fielding a team two years later. A high-ranking US politician is said to have lobbied on Israel’s behalf. 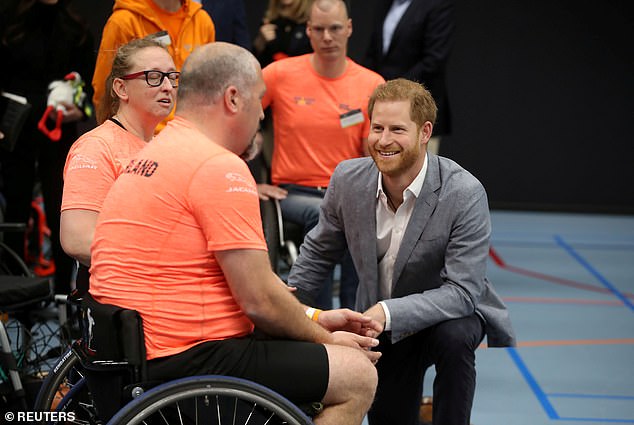 Abdel Bari Atwan, a prominent Arab journalist in the UK, said: ‘It will be seen as a way of provoking Arabs by a British Royal.’ Two Arab countries, Jordan and Iraq, took part in the 2018 Games in Sydney. Both are due to compete in the next tournament.

Last night, an Invictus Games Foundation spokesman said: ‘We are always open to expand the participating nations of the Invictus Games.’

A GPG spokesman said: ‘GPG has had an initial conversation with the representatives of the project about potentially, alongside other Israeli charities, providing some financial support.’