RFK’s granddaughter Saoirse Kennedy Hill died of an accidental overdose that was caused by a fatal combination of alcohol, methadone, Prozac and other prescription drugs

A death certificate released on Friday revealed that Saoirse was found unresponsive at the Kennedy Compound back on August 1 due to a fatal mixture of prescription medications, methadone and alcohol.

Among the prescription drugs found in her system were diazepam and nordiazepam (first marketed as Valium), fluoxetine (Prozac) and norfluoxetine (the anti-depressant Luoxetine).

Her death came just one month before she was set to start her senior year at Boston College. 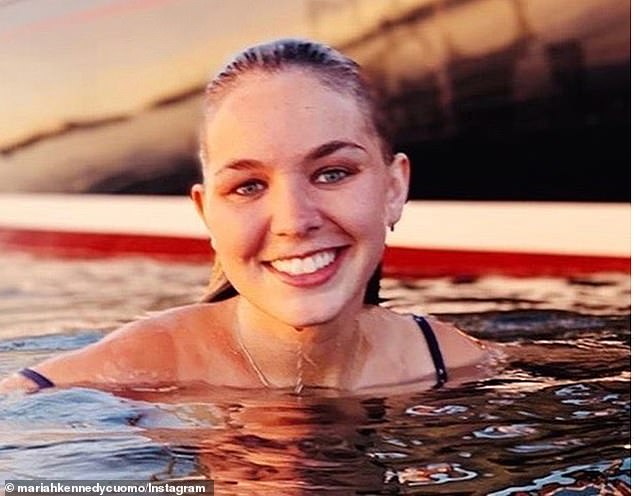 RIP: Saoirse Kennedy Hill (above) died in August of an accidental drug overdose a death certificate revealed on Friday 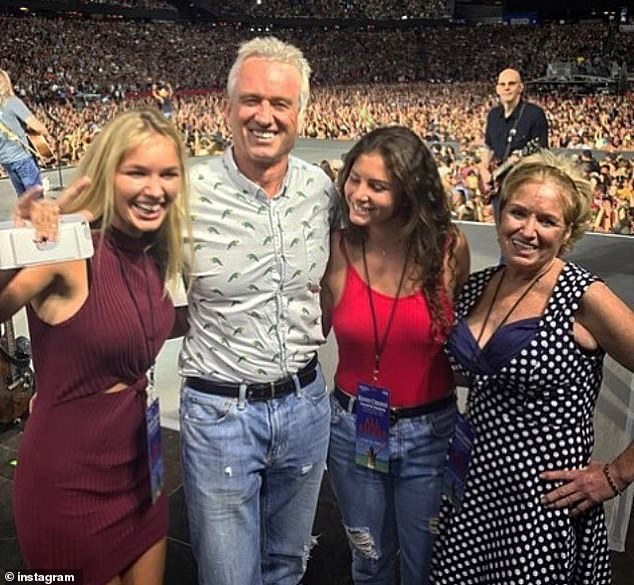 Saoirse was the daughter of Courtney Kennedy Hill, the fourth of 11 children born to Ethel and Robert.

Her father Paul Hill was one of the four Irishman wrongly convicted in the 1974 Guildford Club bombing, serving 20 years in prison after he was tortured until he agreed to sign a letter confessing to the act.

Saoirse was at the family’s sprawling compound at Hyannis Port in August when emergency responders found her in cardiac arrest.

The student was later pronounced dead at Cape Cod Hospital.

She was remembered by family a few days after her passing at Our Lady of Victory Church, just a few miles from the family’s Hyannis Port compound

Her eulogy was delivered by Robert F kennedy Jr, who o spoke of his niece’s early life in Ireland, her ‘sparkling eyes’ and ‘big personality’.

He commended her bravery in writing an essay about her depression for the school magazine while she was at Deerfield Academy, and how she inspired others to open up about their struggles as a result.

In 2016 she penned an article about her struggles, and revealed that she even considered suicide during one difficult bout with depression, which she compared to an unwanted friend.

‘Two weeks before my junior year began, however, my friend came back and planned to stay. My sense of well-being was already compromised, and I totally lost it after someone I knew and loved broke serious sexual boundaries with me,’ wrote Saoirse.

‘I did the worst thing a victim can do, and I pretended it hadn’t happened. This all became too much, and I attempted to take my own life.’

RFK Jr closed by thanking her parents, Paul and Courtney and saying: ‘If anybody wondered whether God loves the Kennedy family, the proof is that he gave us Saoirse.

‘We shouldn’t be sad… we should be grateful we had her for 22 seasons.’ 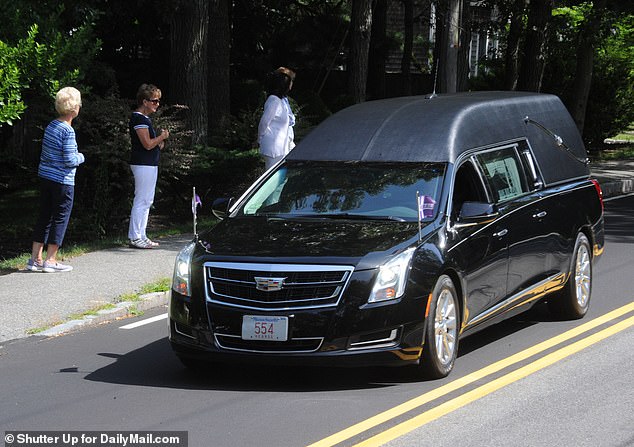 Final farewell: ‘We shouldn’t be sad… we should be grateful we had her for 22 seasons,’ said Robert F Kennedy Jr while delivering her eulogy

The Kennedys, who are the closest thing America has to a royal family, have been plagued by tragedies for decades.

Edward Kennedy, John and Robert’s brother, once even talked about whether there was a ‘curse’ hanging over the family.

That ‘Kennedy curse’ hit half of his siblings, as four of patriarch Joseph Kennedy’s nine children died violently.

The most famous was the assassination of President John F Kennedy on November 22, 1963 during a visit to Dallas, Texas when he was president.

The eldest son of Joseph and Rose Kennedy, Joseph Jr, was killed in action in August 1944 while serving as a bomber pilot during World War II.

Then in 1948, their second eldest daughter Kathleen died in a plane crash in the south of France aged just 28.

Saoirse’s grandfather Robert ‘Bobby’ Kennedy, who was the attorney general during his brother’s presidency, died in 1968 when he too was assassinated as he campaigned to become the Democratic nominee for president.

John F Kennedy Jr died in a plane crash at the age of 38 that also took the lives of his wife Carolyn and sister-in-law Lauren.

Robert Kennedy’s son David died of a drug overdose in 1984 at the age of 28, and his son Michael died in 1997 while playing football in his skis on a mountain in Aspen.

Ted Kennedy’s daughter Kara died of lung cancer in  2011, after being diagnosed with the disease at the age of 40.

Got an Apple iPhone? Here are all the Best Apps YOU need to install right now