With the Super Bowl LVII less than a month away, Rihanna is teasing fans about what’s to come for her highly anticipated halftime performance.

On Friday, the “Consideration” singer, 34, released an official teaser trailer for her headline show on Feb. 12.

In the 30-second clip, the singer appears as a silhouette in a large, empty room. She then begins to walk forward and takes in comments from her fans.

“Dude, Rihanna, we’ve waited for you,” said one voice. Another added, “It’s been six years since the nine-time Grammy-winner dropped an album.” 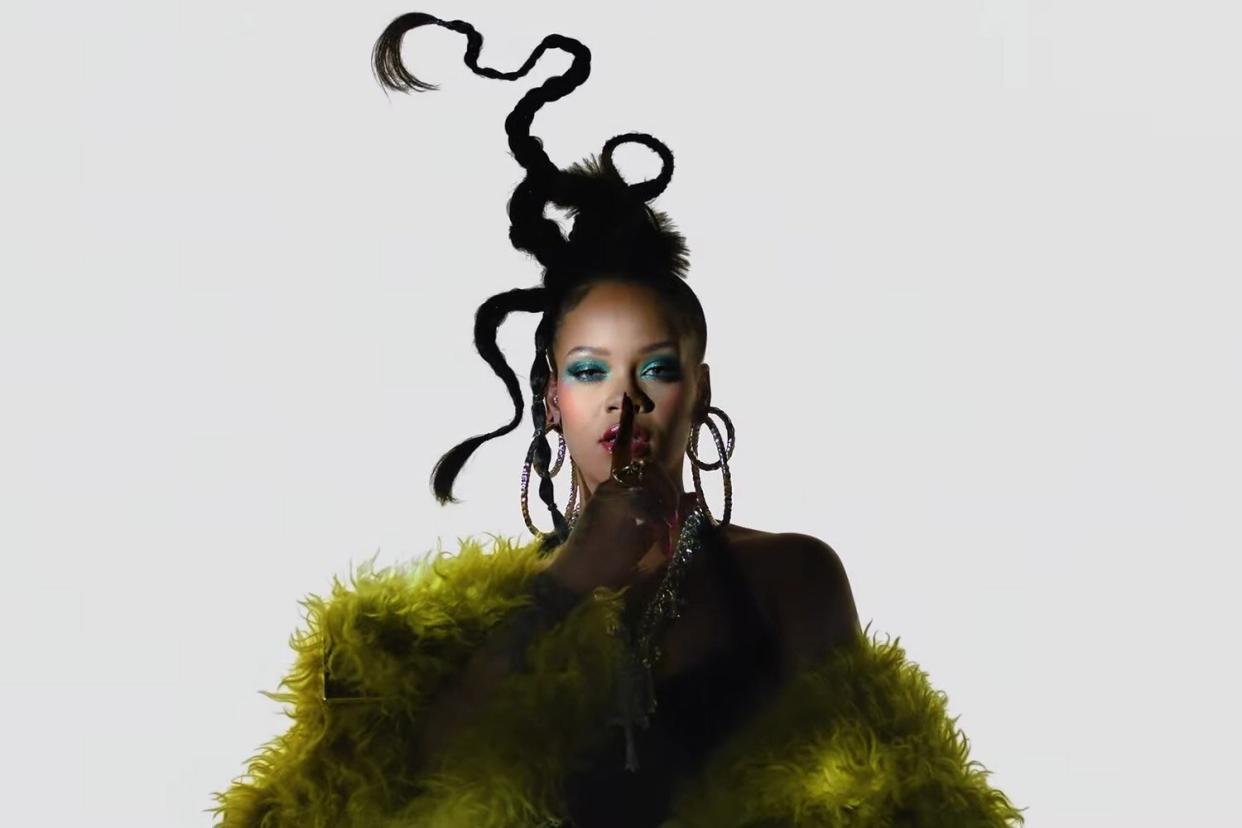 RELATED: Rihanna Shines Bright Like All the Diamonds as She Makes Her Golden Globes Debut with A$AP Rocky

Finally, the spotlight shines directly on Rihanna — who’s wearing a green furry coat, a black outfit underneath and thick silver jewelry — and she motions for silence before her 2016 track “Needed Me” begins to play.

The star announced she was headlining the halftime show in September. At the time, she simply shared an image on Instagram.

In the photo, what appears to be Rihanna’s hand held up a Wilson Duke football. The “Umbrella” singer captioned the post with a single period.

“Rihanna is a generational talent, a woman of humble beginnings who has surpassed expectations at every turn. A person born on the small island of Barbados who became one of the most prominent artists ever. Self-made in business and entertainment,” JAY-Z, who previously signed a deal with the NFL to head the league’s musical entertainment, said in a statement, per The Hollywood Reporter.

“We are thrilled to welcome Rihanna to the Apple Music Super Bowl Halftime Show stage,” Seth Dudowsky, NFL Head of Music, added in his own statement, per the outlet. “Rihanna is a once-in-a-generation artist who has been a cultural force throughout her career. We look forward to collaborating with Rihanna, Roc Nation and Apple Music to bring fans another historic Halftime Show performance.”

In October, Rihanna — who welcomed her first baby with A$AP Rocky in May — released her first song in nearly seven years titled “Lift Me Up.”

The song is featured on the Black Panther: Wakanda Forever soundtrack, and serves as a tribute to the late actor Chadwick Boseman.

The collection includes everything from Rihanna-fied jerseys to hoodies and beanies. There’s even a cheeky t-shirt that reads, “Rihanna concert interrupted by a football game, weird but whatever.” On the inside of the shirt is a photo of Rihanna herself in a football helmet.

Biden adds a new PUPPY called Commander to the family

2019 Golden Globes TV nominations: who got snubbed & who got recognized?