Yorkshire Ripper Peter Sutcliffe tried to escape from Broadmoor with the help of Ronnie Kray, according to a new book.

Sutcliffe made the audacious bid for freedom by trying to cut the metal bars of his cell window with a hacksaw blade supplied with help from the East End gangster.

When the attempted breakout in 1992 was reported in the media at the time, Broadmoor officials denied the claims.

But the book – called I’m The Yorkshire Ripper and based on hundreds of telephone interviews author Alfie James conducted with Sutcliffe – claims Broadmoor bosses had lied and that there genuinely was an escape plot.

While it has been previously reported that Sutcliffe and fellow inmate Kray did not like each other and that there were actually fights between them, the book insists they became good friends. 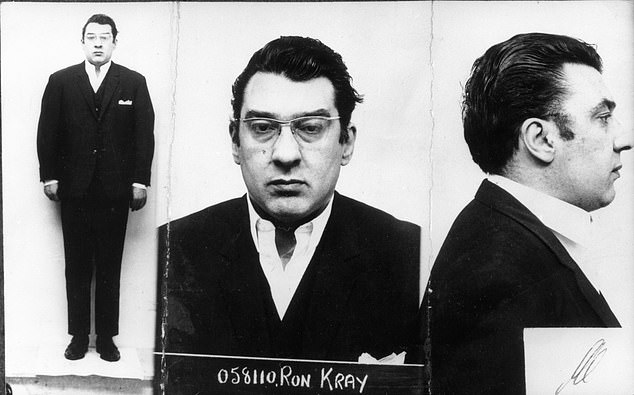 I’m The Yorkshire Ripper book claims Ronnie Kray (pictured in mugshot) was friends with notorious serial killer Peter Sutcliffe while in Broadmoor prison, even helping him try to escape 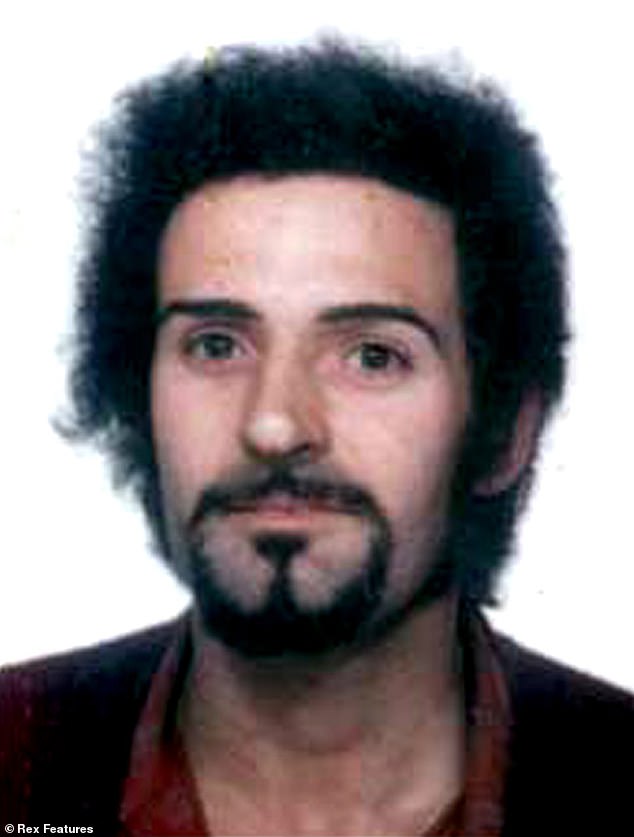 Quoted in the book, Sutcliffe says: ‘I used to cut his hair and we used to chat. Ronnie couldn’t stand his hair being long, he always had to have it short and looking smart.

‘He always thought people were talking about him, but he trusted me, he trusted me to cut his hair and we got on all right.’

Sutcliffe also insisted there was no truth to claims that Kray tried to organise ‘hits’ on him.

‘I pulled him up about it and he totally denied any such thing,’ he said. ‘If it was true, he must have been scared to admit it, but I believed him and we got on OK.’

Sutcliffe hid the hacksaw behind a skirting board during the day and used it to saw the bars at night.

He says in the book: ‘I nearly managed to cut through one of the bars.’

Sutcliffe said that after he was moved to another cell and his old room was redecorated, workers discovered a cut in one of the bars.

He adds in the book: ‘After a while that cell was being decorated and it was noticed the bar on the window had been nearly cut through.

‘Because it had been a while since I’d done it, it had turned rusty so no connection was made to me.’

Sutcliffe, who later changed his name to Peter Coonan, was moved out of the high-security psychiatric hospital in Berkshire to Frankland prison, County Durham, in 2016, as it was deemed he no longer needed treatment for mental illness.

He died at the University Hospital of North Durham after contracting Covid-19.

Kray died in March 1995 at Wexham Park Hospital in Slough, Berkshire, having had a heart attack two days earlier at Broadmoor.

My wedding guest ‘died’ in the photobooth at my reception, I carried on the party anyway but my family won’t forgive me

I want to stop IVF – but my husband doesn't