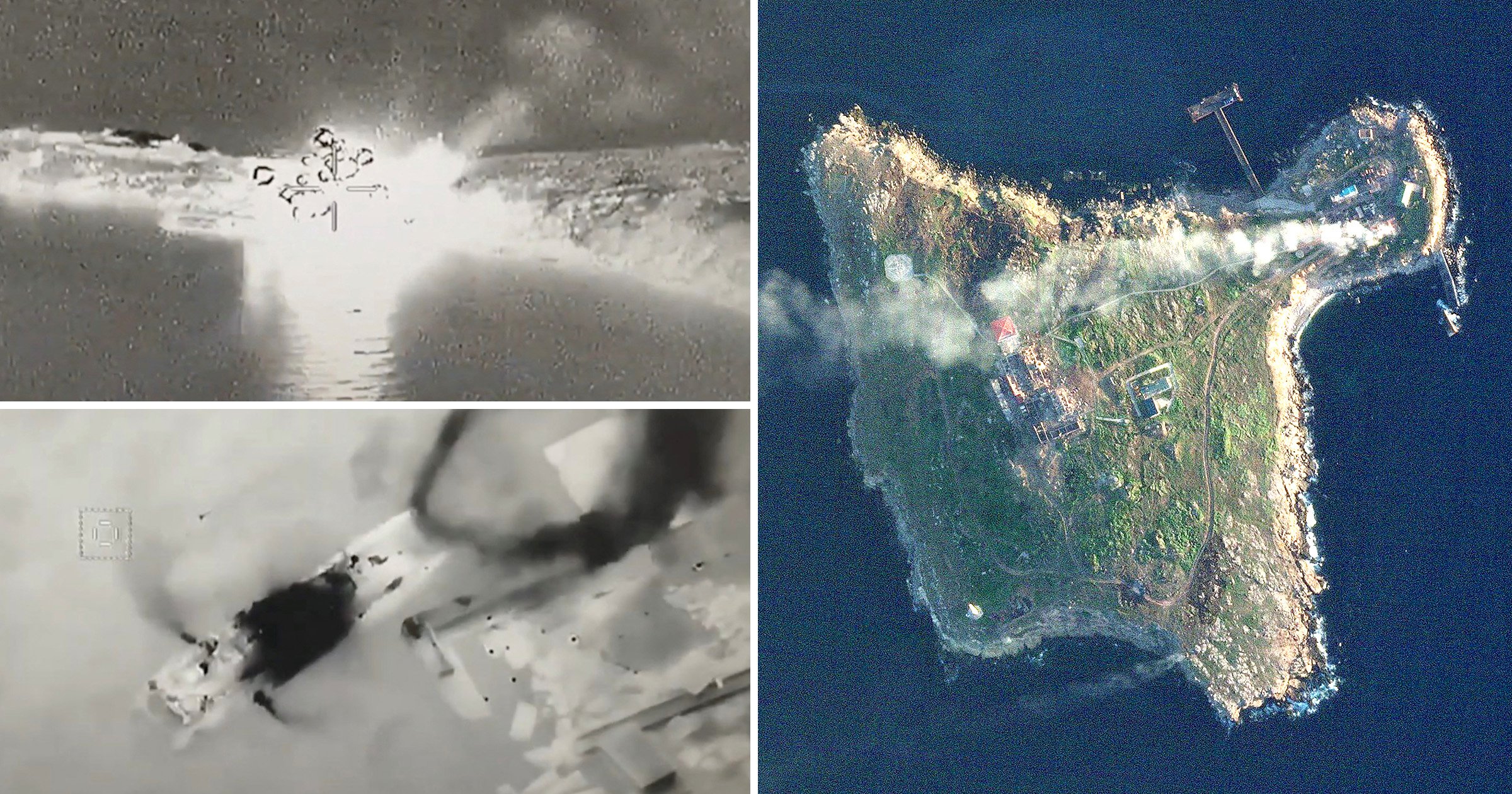 Russia says it has withdrawn from Snake Island off Ukraine’s coast in the Black Sea in what it calls a ‘gesture of goodwill’.

The defence ministry said the move showed Moscow is not impeding United Nations efforts to organise a humanitarian corridor to export agricultural products out of Ukraine.

Snake Island, which Russia occupied on the first day of its invasion, achieved worldwide fame when Ukrainian border guards stationed there rejected demands to surrender.

Footage showed the soldiers telling sailors aboard the Moskva warship to ‘go f**k yourself’ over a loudspeaker.

Initially, the guards were said to have been killed, but it later turned out that they were captured by Russian forces and released in March under a prisoner swap.

Upon his return, Roman Gribov, the man who told invaders to ‘go f**k themselves’ was awarded a medal for his service and for showing ‘strength and Ukrainian spirit’.

While Russia is presenting its withdrawal as a gesture of goodwill, Ukraine is hailing it as a major victory.

In recent weeks the embattled nation had been stepping up attacks on the occupied island – inflicting major losses with blistering airstrikes.

Since its capture, the 100-acre island has become a prized strategic position for both sides, as it sits around 80 miles off Ukraine’s southern coast.

In April the Moskva – the flagship of Russia’s Black Sea fleet – was sunk a Ukrainian missile.

It was a huge symbolic blow, and Moscow spent some time trying to convince the world it was brought down by an accidental fire on board before giving up.

This is a breaking news story – more to follow.

Fox Picks Up Canadian Legal Drama ‘Diggstown’ From Entertainment One

Save 25% off at Lookfantastic with huge skincare deals across Elemis, Eve Lom and more

App looks to get tips from coffee drinkers to Colombia growers

Cooking oil rationing may spread to other products