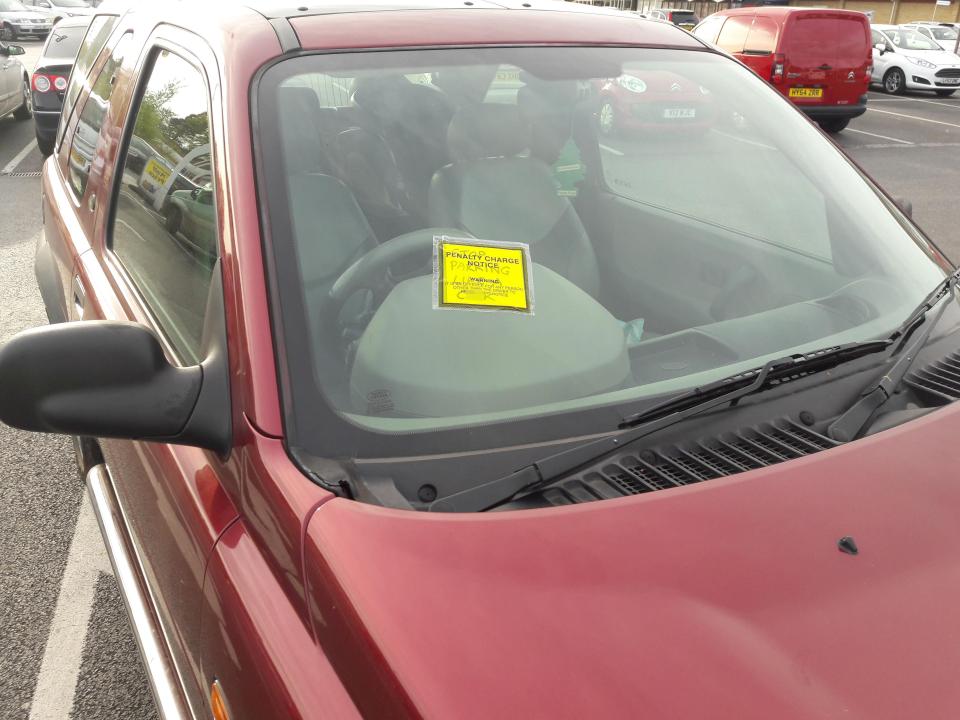 Mike, from Woking in Surrey, described the prank as a "spur of the moment thing" after spotting the vehicle outside a branch of Tesco in Weybridge, Dorset, on Monday evening.

He said: “There were lots of spaces. I just didn’t understand why they’d parked like that, it was just ridiculous.

“The note wasn’t meant to be nasty, it was just a spur of the moment thing to highlight the bad parking.

“I’m a rep driving around all the time and it annoys when I can’t get a space because people have parked stupidly." 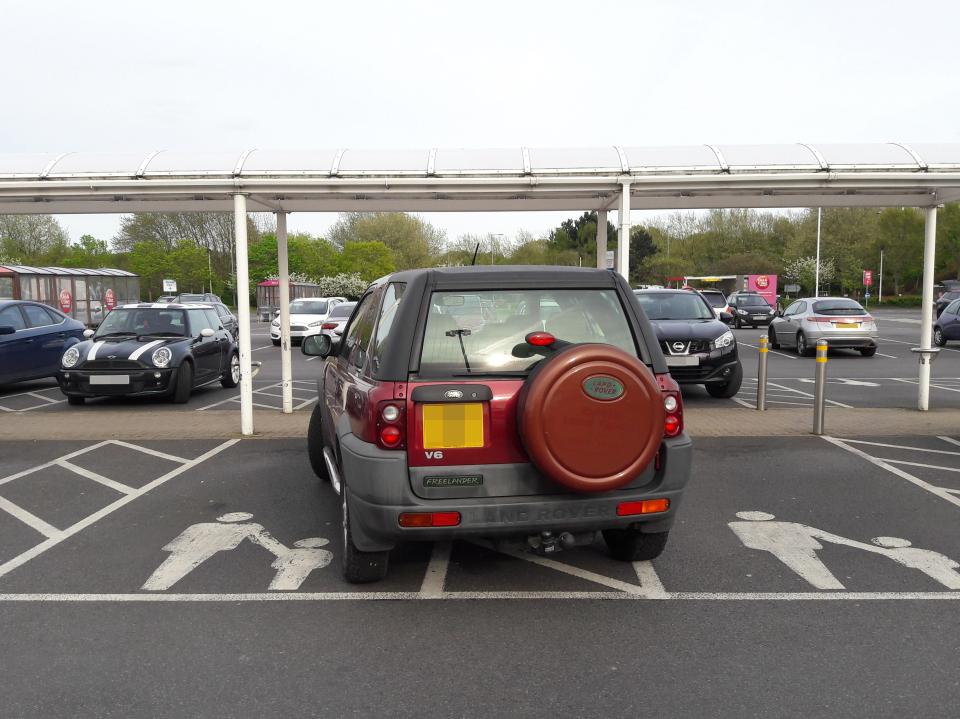 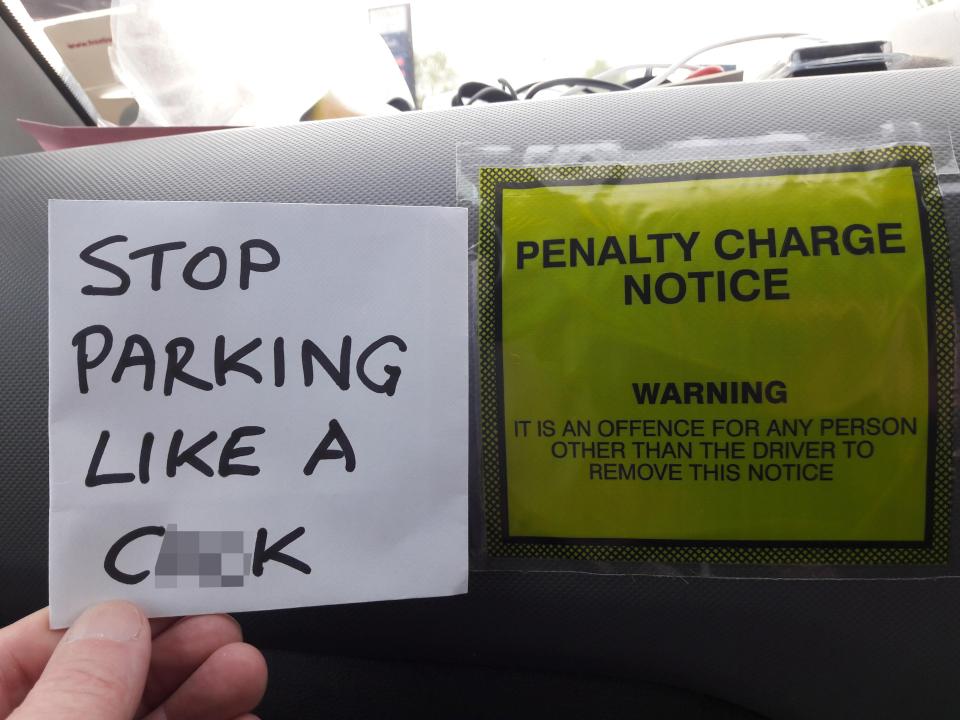 Mike, who works for a fishing company, said he was given a ticket for "parking like an idiot" a few years ago when he was slapped with a £35 fine after overstaying by ten minutes.

He said: “I ripped it off, stuck it in the glovebox and forget about it but when I was in the car park on Monday night I saw the perfect opportunity."

Mike maintains the note wasn't malicious, adding: “I wrote something short that wasn’t too offensive as I didn’t want to be using all sorts of horrible words.

"I just wanted to shock them into parking sensibly.” 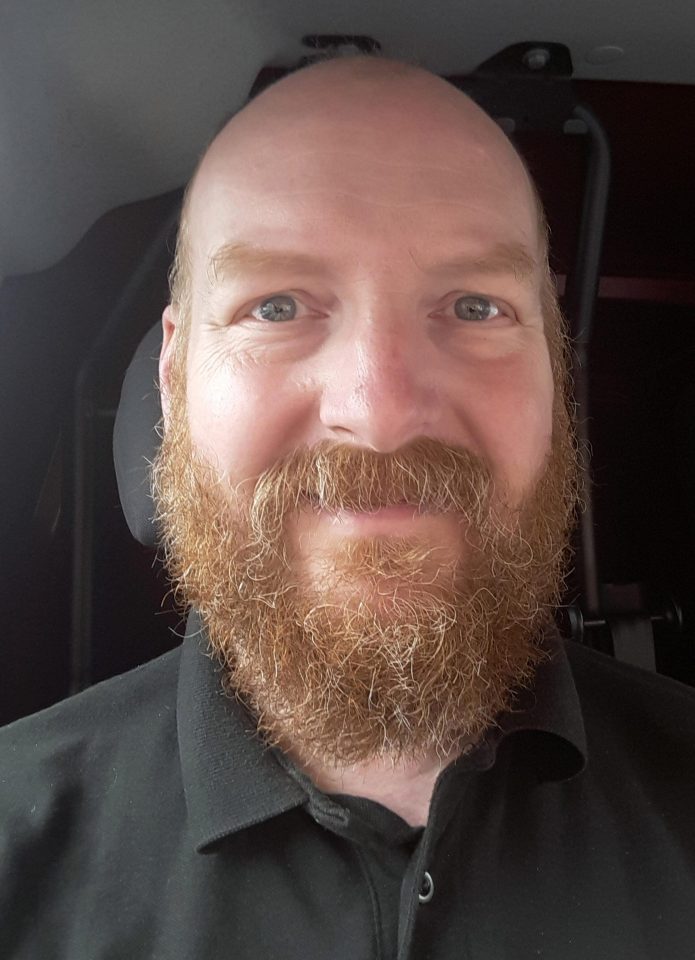 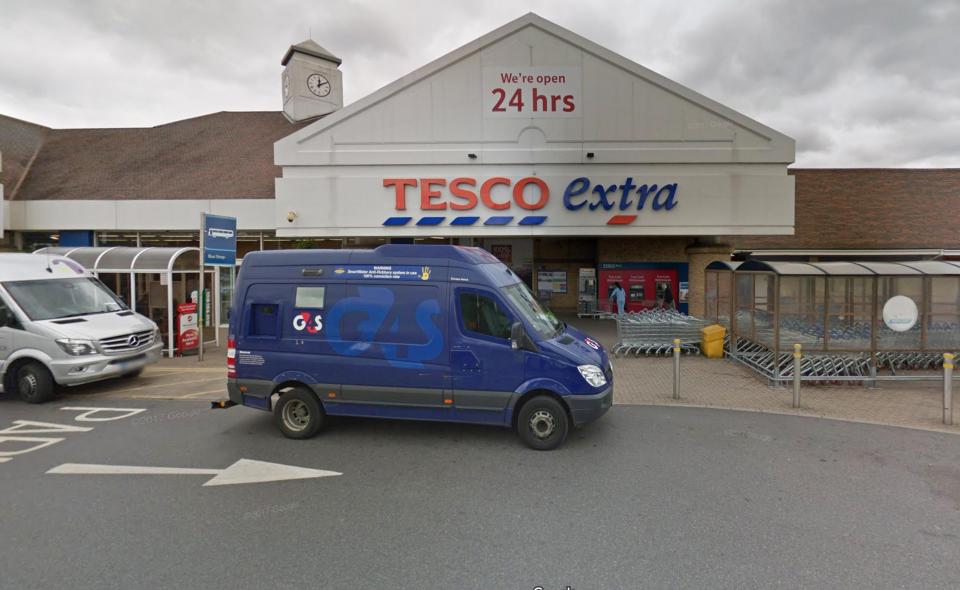 The Citroen motorist was parked in the next row along as he visited the store at 5.30pm.

He spotted the strange parking as he entered the supermarket and 20 minutes later returned to his vehicle and scribbled the note on the back of an envelope in a black marker pen.

After Mike tucked the note inside the yellow wallet and placed it on the car windscreen he retreated to his van and waited to see if the car owner would emerge and read it – but is yet to see if his hoax worked.

The joker added: “I’m 49, so old enough to know better, but hung around afterwards for 20 minutes.

"No-one appeared and I got bored so left.”

Samantha Bee Models What an Audience-Less Monologue Looks Like

Hong Kong officials warn of a new wave of infections.