People are impersonating council officials and charging people £10 as fines for not wearing face masks.

Residents reported people pretending to be from Knowsley and Sefton Council issuing fines for not wearing face masks in the borough’s town centres to Merseyside Council.

A group of five scammers wearing hi-vis vests with the council logos on them, with ID badges and body CCTV have been reported. 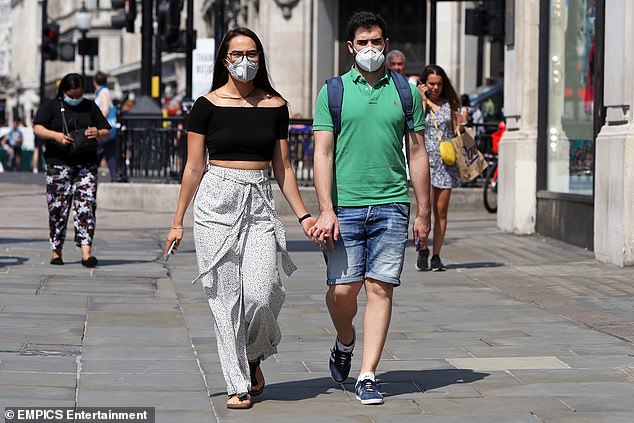 Pictured: A couple wearing face masks as they walk down Regent Street in London. Scammers have been posing as council officers fining people for not wearing masks 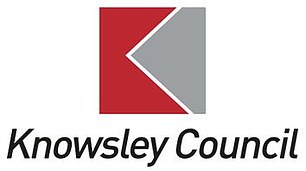 Local authorities, such as council officers, do not have the power to enforce mask-wearing, Knowsley Council told the Liverpool Echo.

Only police officers are allowed to take enforcement action when it comes to reinforcing the rules about wearing masks.

Trading standards, town centre managers and the CCTV control room are all working together to investigate the scams.

Merseyside Police have also said they will be paying extra attention to the area.

Residents have been advised to ask for identification before paying fines and to contact the agency someone claims to be from.

It became mandatory to wear face coverings in shops and supermarkets on July 23 a month after it was made compulsory for people to wear face masks on public transport.

People do not have to wear face masks in outside pubs and restaurants, museums, cinemas, theatres, indoor gyms and leisure facilities, spas and beauty salons, hairdressers, galleries, concert and bingo halls.

Failure to wear masks could result in a £100 fine but police said they will not be enforcing the law aggressively as ministers hope the public will ‘show common sense’.

If you are approached by someone you think does not have the power to fine you, please report it to Merseyside Police via 101.

Anti-mask protests have increased across the UK rallying for people not to wear the face coverings.

StandUp X – the group who stormed a London Morrison’s yesterday to berate masked shoppers – is the fastest growing and as over 16,000 reading its posts and messages.

The group has a Facebook page where anti-mask and 5G conspiracy theories are discussed and debated.

There are more protests coming up in Liverpool, London and Hull over the next weekend.

25 Times 'The Simpsons' Predicted the Future

Samsung Galaxy A6 Will Be Hitting U.S. Stores Next Week With Low Price And Solid Specs