A serial stalker who demanded topless pictures of women after finding their contact details on missing pet appeals has been jailed.

Steven Bowkett, 33, trawled missing pet websites looking for women’s phone numbers and then messaged them pretending that he had found their dog.

But after getting owners’ hopes up he bombarded them with indecent images and videos of himself – before demanding that they do the same.

A court heard Bowkett tormented at least 30 strangers nationwide and even told one victim: ‘This only ends when I see you topless’.

The women blocked Bowkett’s number but continued to receive messages and video calls as he switched to one of many pay-as-you-go SIMs he bought in bulk.

He also boasted ‘police can’t do anything’ before officers tracked his phone to an address in the Sheldon area of Birmingham. 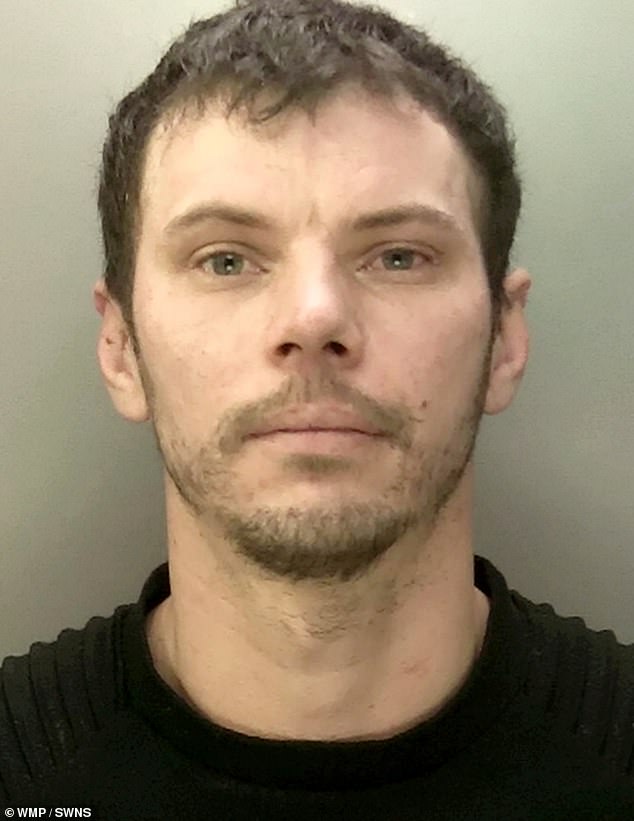 Steven Bowkett, 33, has been jailed for four years and eight months after messaging at least 30 women and demanding topless pictures from them after finding their numbers on missing pet appeals

He was arrested after detectives found he had bought 28 SIM cards to contact multiple women from the West Midlands and other parts of the country.

He was jailed for four years and eight months at Birmingham Crown Court on Monday.

‘They felt there was no escape from him as he seemed to have no end of different phone numbers to contact them on.

‘It must have been very frightening and caused these women serious distress.

‘In interview Bowkett claimed he was drunk when sending the images and videos and couldn’t recall how many people he’d contacted.

‘But these weren’t drunken mistakes. This was systematic and calculated harassment of strangers for his own gratification.

‘He’s rightly been handed a long jail term and this case should serve as an example of how seriously we take offences like this and that offenders are risking a prison sentence.’

Brielle Biermann Slams Ex Michael Kopech After Split: He Wanted ‘A Break’ To Go ‘F*** Around’