‘We have suffered too’: Sister of Manchester Arena bomber again refuses to express sympathy for the 22 victims of 2017 terrorist attack

The sister of the Manchester Arena bomber has again refused to express any sympathy for his victims.

Tracked down by The Mail on Sunday in Libya, Jomana Abedi said: ‘Why can’t people leave us in peace and realise that we have suffered too?’

Her suicide-bomber brother Salman Abedi, 22, killed 22 men, women and children when he blew himself up during an Ariana Grande pop concert in May 2017.

His younger brother Hashem was later jailed for a minimum of 55 years for his role in the murders. But their father, Ramadan Abedi, and elder brother, Ismail, 29, remain in hiding.

They have refused to appear as witnesses at the bombing inquiry or answer any questions from British police who say they remain ‘persons of interest’. The family have not spoken publicly about the attack for five years.

Last week, the Manchester Arena Bombing Inquiry report was released, which criticised ‘risk averse’ emergency services who failed to treat victims at the scene for up to two hours. 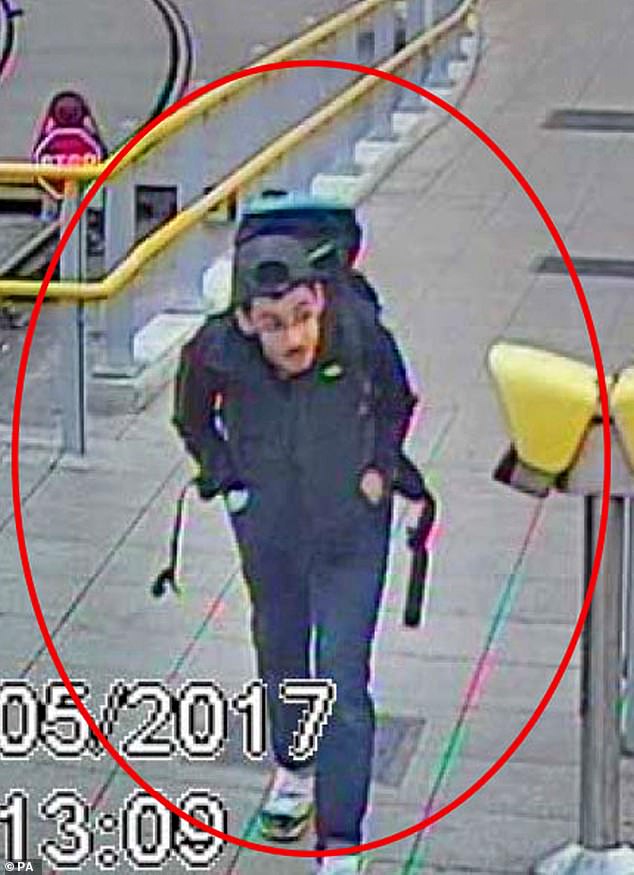 Salman Abedi (pictured), 22, killed 22 men, women and children when he blew himself up during an Ariana Grande pop concert in May 2017

Following the report’s publication, this newspaper located the Abedi family home in Tripoli to ask why they had refused to co-operate.

But, speaking from behind the security gates of the breeze-block house, British-born Ms Abedi said she and her family were ‘exhausted’ by coverage of the attacks and wanted to be left alone.

‘We are trying to get on with life and forget everything that happened all those years ago,’ she told the MoS.

‘We feel we are paying for what they did. We are exhausted by it all. We did nothing wrong but the whole world blames us.’

Ms Abedi refused to say where her elder brother and father are and did not apologise or show any remorse. Instead, she expressed her own grief at ‘losing’ two brothers in the attack.

‘Nothing can bring them [Salman and Hashem] back and ever since 2017 my family has been going through hell,’ she said.

Her comments, which are certain to upset victims’ families, represent the first time that Ms Abedi has spoken since the aftermath of the killing.

Back then, she caused outrage by calling her bomber brother a ‘martyr’ and posting a prayer on Facebook in which she hoped he would enter ‘paradise’.

Prompting further fury, she also told reporters that her brother had committed the attack as ‘revenge’ for Western bombs killing children in Syria.

She said: ‘He did what he did in revenge, and in love for Islam. I think he saw children – Muslim children – dying everywhere, and wanted revenge.

‘He saw the explosives America drops on children in Syria, and he wanted revenge. Whether he got that is between him and God.’

Who was The Flash actor Logan Williams and how did he die? – The Sun

Jurors set to deliberate whether Nikolas Cruz should be executed