Sky Arts TV channel is set to be available on Freeview with no extra charge from September, the broadcaster has announced.

Sky said the move was intended to increase access to and drive participation in the arts, at a vital time for the cultural sector when many venues remain closed to live performances.

The Times has reported that it’s a chance to challenge the BBC, which cut funding to the BBC Four in favour of a more youth-focused service on BBC Three. 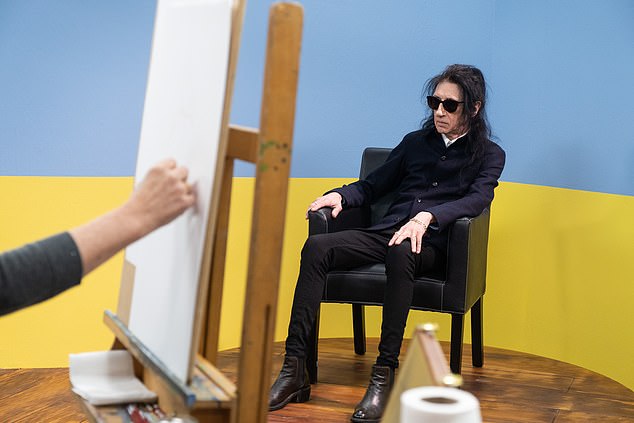 Sky Arts broadcasts a wide array of different cultural programming, including the Portrait Artist of the Year

Stephen Van Rooyen, EVP and chief executive officer of Sky UK and Europe, said: ‘By making Sky Arts free for everyone we want to give more artists and arts organisations a platform to create and share their work and to bring more art and culture to everyone across the UK.’

The move to free to air will include a ‘bold new slate’ of original programmes, Sky said, as well as ‘increased and deepened’ partnerships with artists and arts organisations.

The channel is also set to launch a series of £30,000 bursaries that will see leading figures from the sector support and mentor ‘diverse and emerging’ talent, according to Sky.

While the Sky Arts linear channel will be made free to air, the on demand library will remain available only to Sky subscribers and customers who pay for a NOW TV entertainment pass.

New programmes coming to Sky Arts include Landmark, described by the broadcaster as bringing artists and local communities together to create the next great British landmark.

And two of the biggest names in rock music will sit down for Brian Johnson Meets Dave Grohl, a programme featuring the front men of AC/DC and the Foo Fighters.

Danny Dyer will also front a show on the life and works of playwright Harold Pinter, while discussing their unlikely friendship.

Culture minister Caroline Dinenage said: ‘This is fantastic news for our world-leading cultural and creative industries.

‘The coronavirus pandemic has underlined just how important they are to our health and wellbeing. I am delighted that Sky Arts is opening up its vast array of programming to the nations’ living rooms, for us all to enjoy.’