The City of Moreland in Melbourne’s inner north is named after the late 18th-century Jamaican slave plantation of the McCrae family. Including the suburbs of Brunswick, Coburg and Pascoe Vale, the municipality’s name valorises slavery and colonialism. Moreland’s councillors are considering a new name for the local government area after being made aware of the links.

But it’s not just Moreland. Across the city, Melbourne has sites connected to slavery, necessitating an urgent rethink of place names and colonial histories. 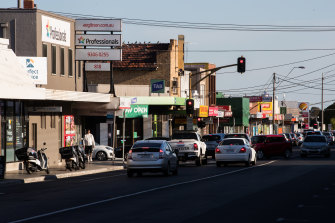 Coburg, one of the suburbs in Moreland.Credit:Jason South

Nineteenth-century Australian history is often told through the stories of colonial authorities, transported convicts, and gold diggers. But another group of people who shaped the colonies were offshore investors and economic migrants. The McCrae family belonged to the latter category.

In the family tradition of colonial investment, physician Farquhar McCrae acquired the land between Moonee Ponds Creek and Sydney Road and named it “Moreland”.

The middling McCrae family hailed from Scotland where it owned land. The family also had an interest, from around 1770 onwards, in slave plantations in Jamaica, including one of the island’s “Moreland Estates”, where slaves worked commodities such as sugar, rum and herring. Farquhar McCrae was the fifth child of William McCrae, who appeared to receive compensation in 1835 for the loss of five slaves.

Melbourne’s legacies of slavery extend beyond the inner north. McCrae Homestead on the Mornington Peninsula was constructed in 1844 by Farquhar’s brother Andrew McCrae, a lawyer, and his artist wife Georgiana. In 1847, Como House in South Yarra was built by Edward Eyre Williams, whose family’s wealth had come from slave ownership in Trinidad. Both historic properties are today owned by the National Trust. 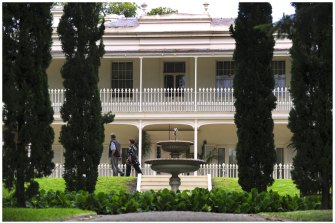 While the profits generated by Caribbean slavery could be invested in Australia, the emancipated slaves were largely barred from entering the country due to racist migration policies. Caribbean Australians have only ever made up a small section of the community. Redressing Australia’s legacies of slavery becomes a collective responsibility, whether the investment of tainted money in real estate, or the blackbirding of Pacific islanders and wages never paid to First Peoples.

The City of Moreland celebrates a notable resident of Caribbean origins. The West Indian Australian Cocoa Jackson was the national featherweight boxing champion in 1928-29. Evoking multiculturalism and sporting prowess, Brunswick honours Jackson with a laneway in his name, a portrait in a literary bar, and an outdoor mural alongside other famous locals.

By embedding meaning into the landscape, what places are called matters. That is why Jackson has a laneway after him. McCrae choose “Moreland” for his Melbourne property to valorise his ancestors. If the municipality were to change names, McCrae would be remembered by Moreland Road and his red granite gravestone at Fawkner Cemetery, which was moved around 1922 from the Old General Cemetery at Queen Victoria Market, after a campaign by Isaac Selby, whose ancestors also owned slaves.

Place names reflect our values as a society. For this reason, in 2017, the City of Darebin renamed Batman Park in Northcote to Gumbri Park, following consultation with First Peoples. In 2018, the overlapping federal electorate of Batman was renamed after Yorta Yorta activist William Cooper. As with the relocation of colonial monuments and statues, such acts do not erase the past, but rather rearticulate community aspirations for the future.

The name “Moreland” is bound to colonialism and slavery. Renaming the municipality provides an opportunity to reshape the associations of the area. Residents and especially First Peoples, the Wurundjeri Woi-wurrung Cultural Heritage Aboriginal Corporation, should be central to the process.

Exploring Indigenous language names of Country would contribute to reconciliation by providing an opportunity for truth-telling about the many facets of colonisation.

Dr James Lesh, based at the University of Melbourne School of Design, is the author of a forthcoming book on the history of the Australian heritage movement.