Home » World News » So you hate cats? It turns out they like that

London: Cats love people who hate them because their reluctance to stroke and fuss gives the feline the control and independence it needs, a study has found.

In contrast, “cat people” who claim to be knowledgeable and experienced are more likely to restrain the animal and touch areas they don’t like. 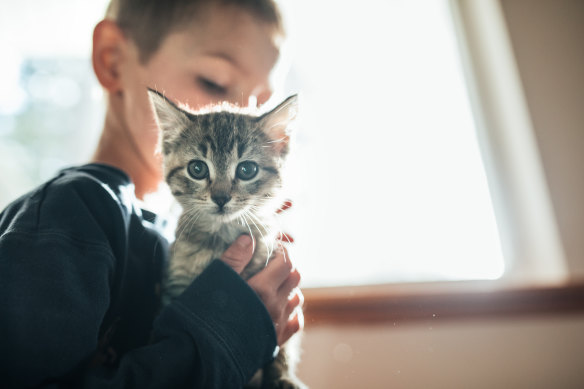 A child hugs an eight-week-old cat.Credit:

Cats, in contrast to most dogs, can be prickly characters that seem aloof, distant and sometimes downright rude.

But research from animal behaviour scientists at Nottingham Trent University and the University of Nottingham has found the blame can fall on the person involved and not the animal.

While most dogs shower any human in affection, cats are harder to please and have a few more rules and stipulations before they warm to a person.

For example, cats have “red areas” where they hate to be touched, which include the base of their tail and the stomach. Attempts to stroke these regions will instantly get their back up. 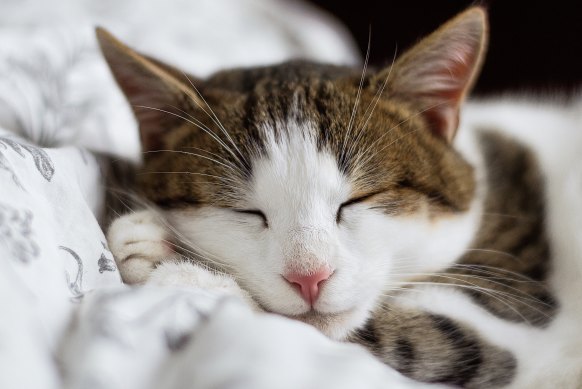 Cats are quite relaxed about being ignored.

However, they have “green areas” too, such as the “gland-rich” regions at the base of the ears and under the chin.

And people who had lived with cats for several years were also found to not give cats enough independence.

The study looked at 120 people of varying cat exposure and took place at the cattery of Battersea Dogs and cats Home. A person was left in a room and three cats, one after the other, were let in to play for five minutes each.

The person was told to wait for the cat to come to them but then left to their own devices when it came to fussing, engaging or cuddling the cat. Researchers recorded the interactions and assessed how comfortable the cat was, how the person behaved, and which behaviour the cats enjoyed most. They also questioned participants on their experience of cats, and how highly they ranked their knowledge of them.

Participants who had lived with cats were prone to being overbearing while the most experienced owners were more likely to stroke cats in “yellow areas”, such as the tail, legs and along their backs, which are less preferred areas than the face, for example.

The team also found older people tried to grab and restrain the cats more, while extroverts tended to initiate contact, something cats tend to not enjoy as they like to be in control.

“Our findings suggest that certain characteristics we might assume would make someone good at interacting with cats – how knowledgeable they say they are, ownership experience and being older – should not always be considered as reliable indicators of a person’s suitability to adopt certain cats, particularly those with specific needs,” Dr Lauren Finka, a feline behavioural expert at Nottingham Trent University, said.

“We can use this information in a really positive way to… ensure everyone is aware of the best ways to interact with cats to maximise their enjoyment from interactions with us.

“Of course, every cat is an individual and many will have specific preferences. However, there are also some good general principles to follow in order to ensure every cat is as comfortable as possible and that their specific needs are being met.”

“Importantly, within shelters, we should also avoid discriminating against potential adopters with no previous cat ownership experience, because with the right support, they may make fantastic cat guardians.”