LONDON — Some hugged and cried, some sang “God Save the Queen.” A few clapped and cheered. Many stood in silent contemplation.

Braving the heavy rain, a crowd of thousands gathered outside Buckingham Palace to pay their respects to Queen Elizabeth II, who died at Balmoral Castle in Scotland on Thursday. The royal residence in London has been at the center of celebrations like royal weddings, as well as during times of national mourning, such as after Princess Diana died in 1997.

Many brought bouquets, which they laid at the black iron gates of the iconic building where a notice announcing the death of the only monarch most Britons have ever known was attached. On The Mall, the grand boulevard leading to the palace, black London taxis lined up in tribute. 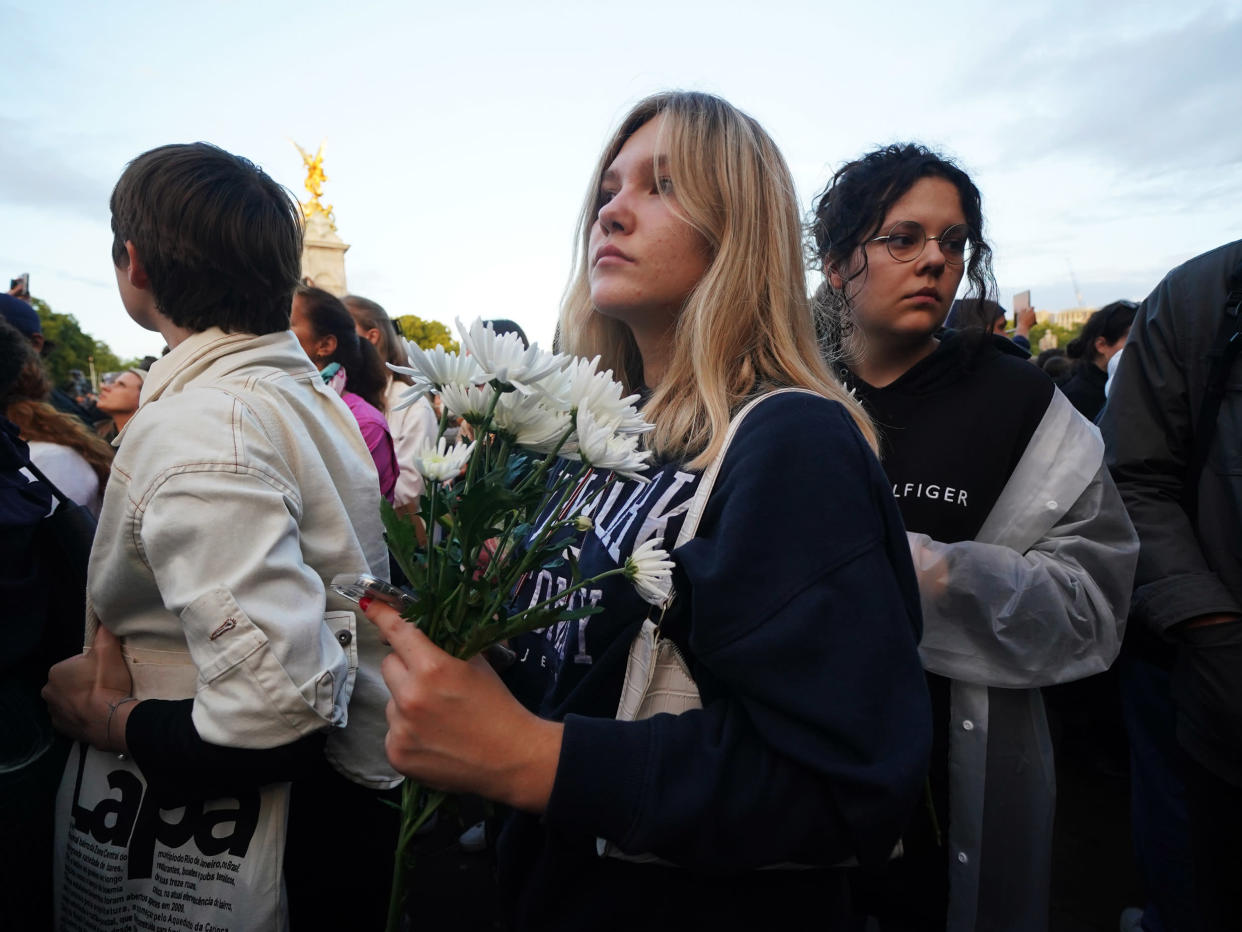 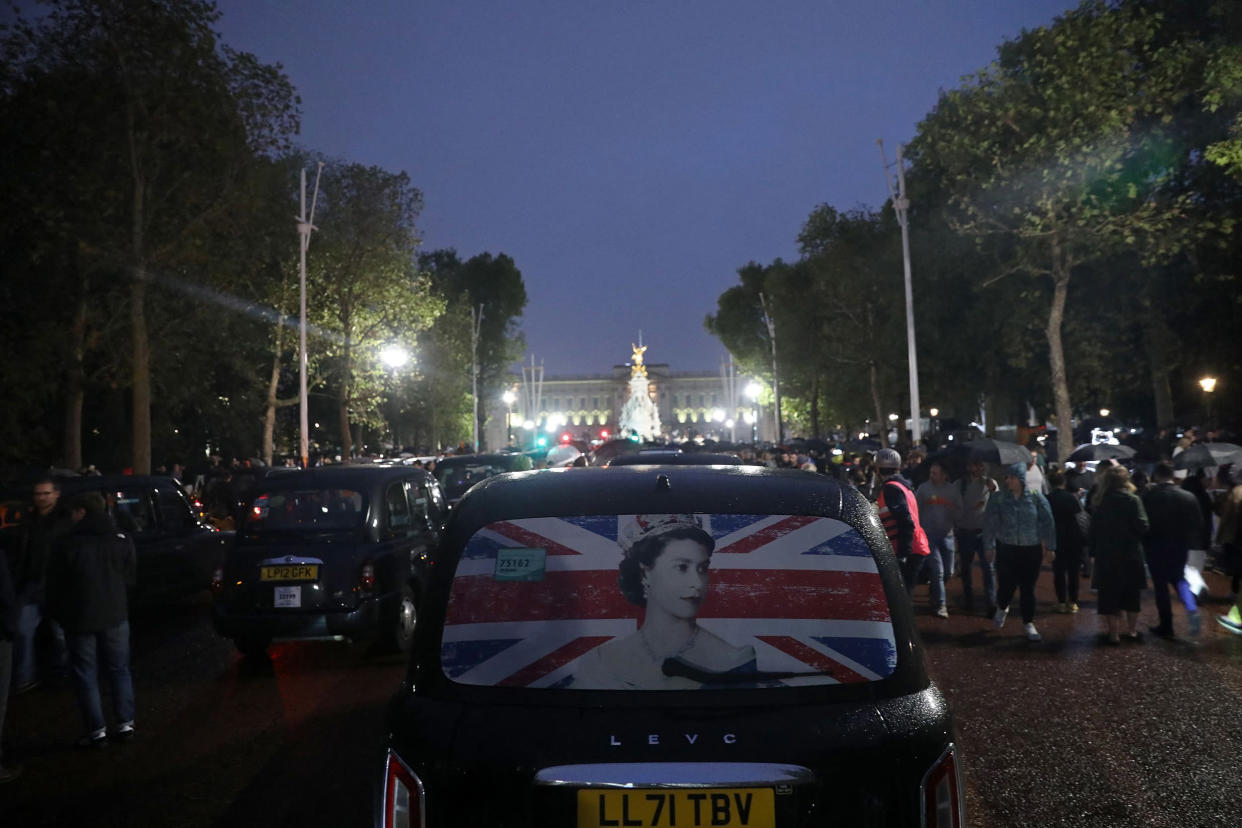 “I can’t believe it. What can I say? She was an amazing monarch,” Michelle Kennedy, 52, told NBC News. “She was our queen.”

The queen had made a promise “to support her people and she did that to the last day,” Kennedy added.

“It’s a very, very sad day for the U.K.,” the mental health worker said. “We will never see the likes of her again.”

Even as the rain got heavier and the temperature dropped, more people arrived. Many pulled out their cellphones to take pictures. 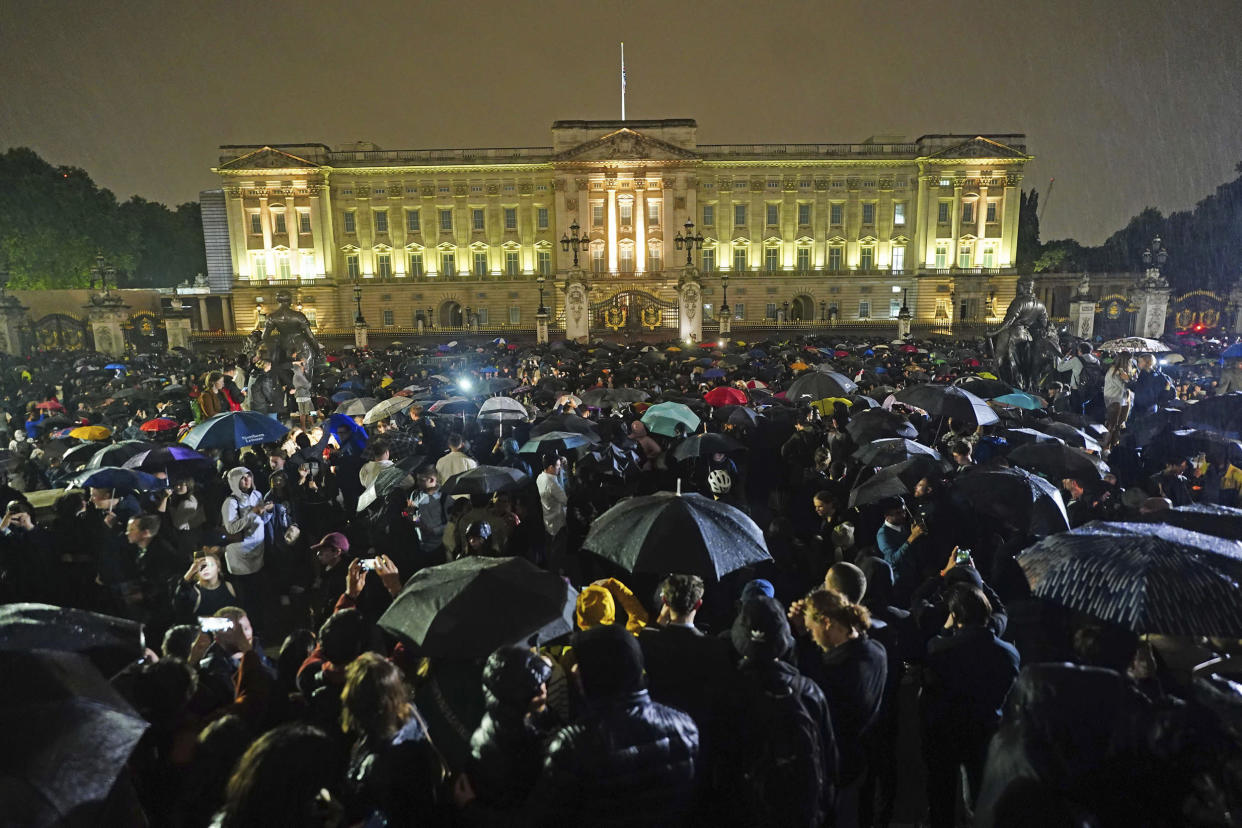 Elizabeth reigned for 70 years and most Britons have never known another monarch.

Sitting with a Union Flag wrapped around him, the actor Simon Tache said he felt “really shocked,” at the news.

“I had this friend who called me and he said he had this feeling to call his mom and I thought, ‘Maybe that’s a good way of describing it, it’s like the mom of the U.K. has died,’” he said.

Tache, 31, added that the queen’s death had made him realize that life “was not forever,” and she was “kind of showing us that we’re all facing our death.”

Ross Thomason agreed that it was a moment of “profound sadness.”

After the Platinum Jubilee celebrations marking the queen’s 70th anniversary on the throne earlier this year, Thomason, 29, said it was “a moment to reflect on her reign and her leadership.” 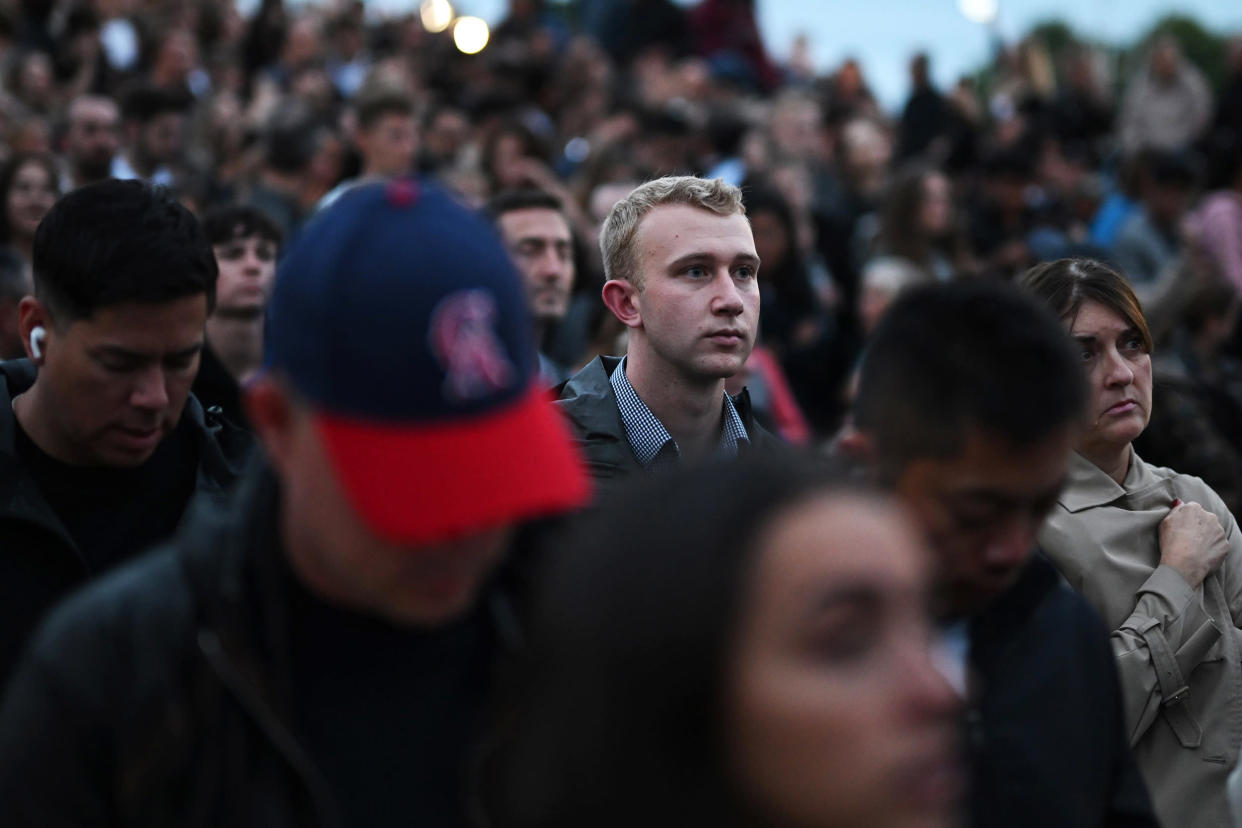 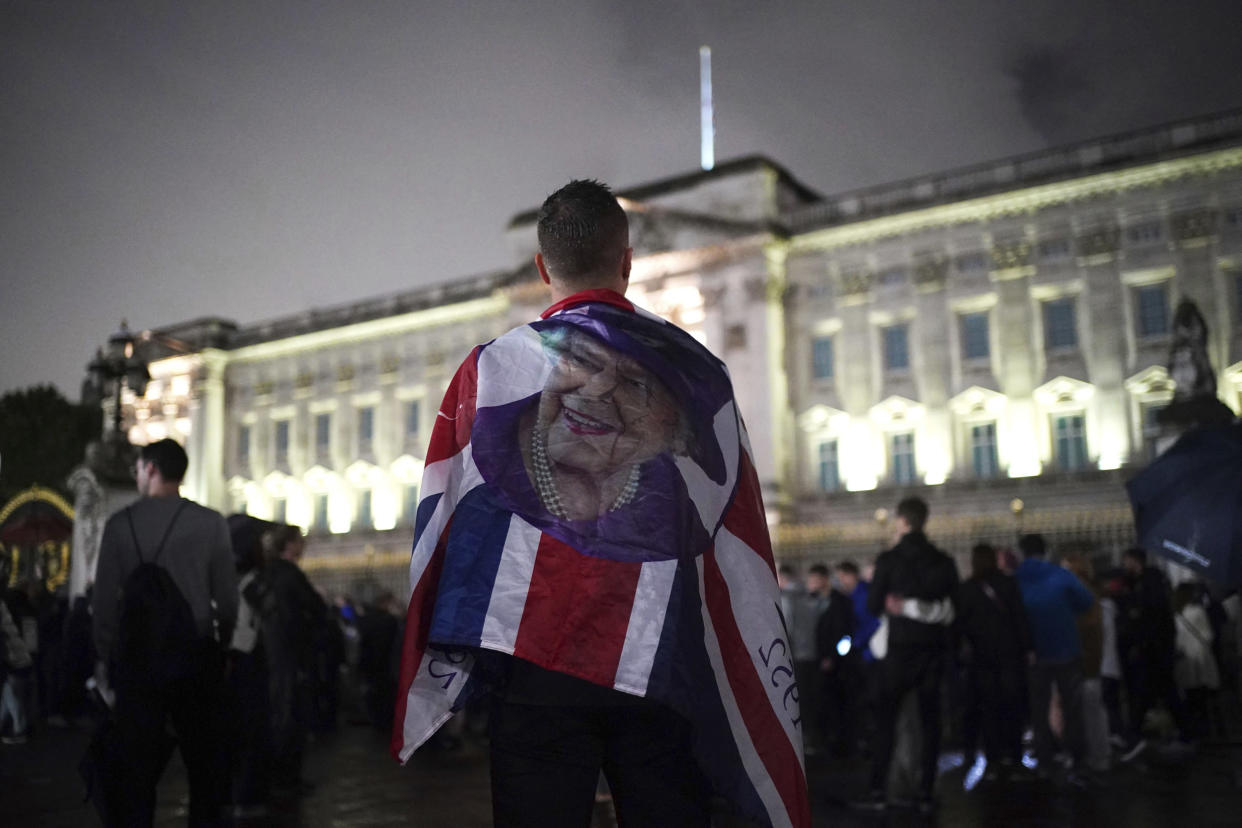 David Taylor, 57, the director of a company, agreed that “it was the end of an era.” The queen, he said, had “been a rock for so many people.”

“She’s been here for our entire lives,” he added. “It’s going to take some getting used to.”

Also among the crowd was Paulo Lavini, a 38-year-old musician from Chile.

“The queen is so important in the history of England,” he said, adding that people were “very sad.”

“It’s a very difficult moment, because you don’t know how it will continue, the monarchy,” he added. 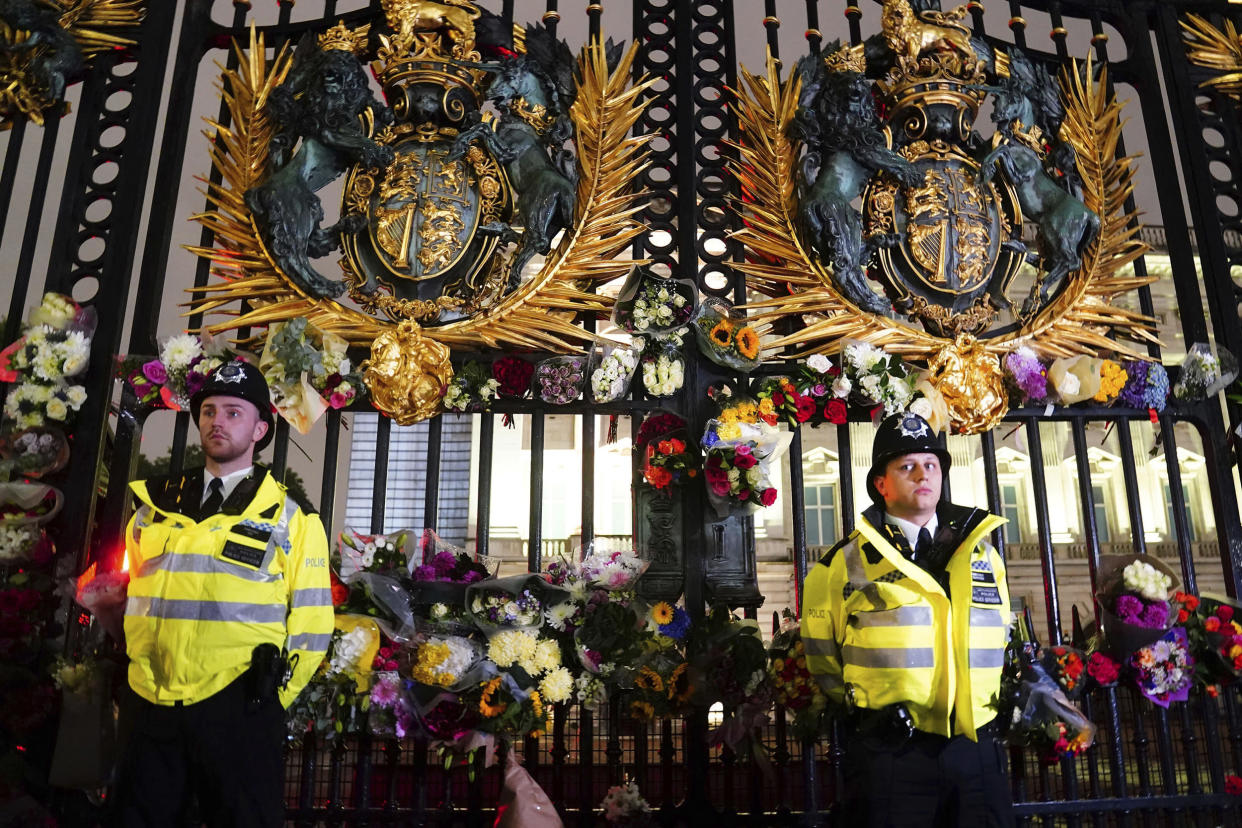 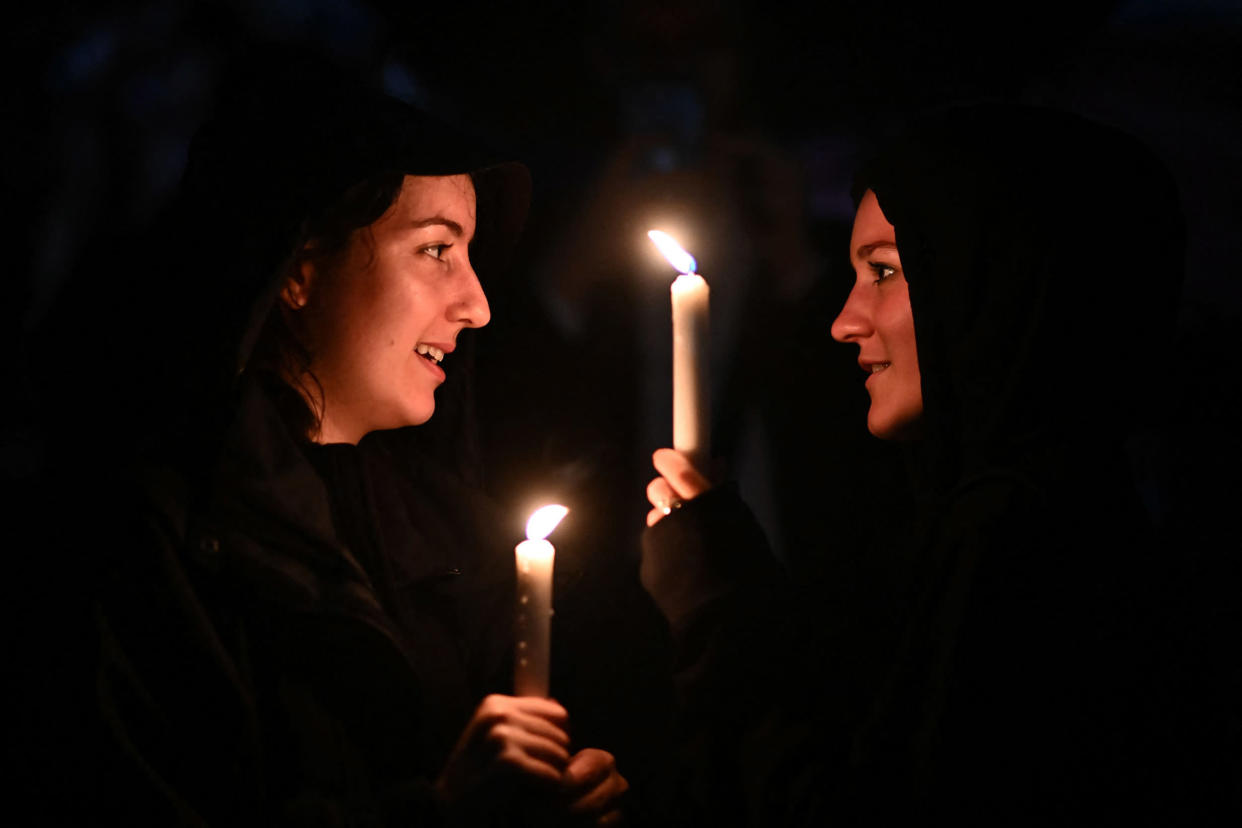 Brian Marshall, 52, said he simply wanted to pay his respects.

“I don’t feel super sad, but it’s very poignant, it’s a very historic moment and I just wanted to come here to be a part of it and pay my respects,” he said. “I do think the monarchy is the foundation of our country and I think it will continue to be the case, but it will take a lot of getting used to someone else being on the throne.”

‘Wake Up: Stories from the Frontlines of Suicide Prevention’ Review: Doc Provides Slim, but Important Insight

'The Bold and the Beautiful': Taylor Confesses Her Love for Ridge