Drivers were left almost £250 million out of pocket last year after speed cameras snared a record number of motorists.

New police figures show 2.8 million fixed penalty notices were sent to drivers caught on camera, an average of more than 7,600 every day – or one every 11 seconds.

The news follows separate research which found the most prolific speed camera in the UK – on the A40 in West London – caught 49,050 speeding cars in a year.

Of those snared nationwide in 2021, a record 813,000 were given £100 fines, with 1.2 million motorists avoiding a fine and penalty points by taking a speed awareness course, also costing them about £100 a time. 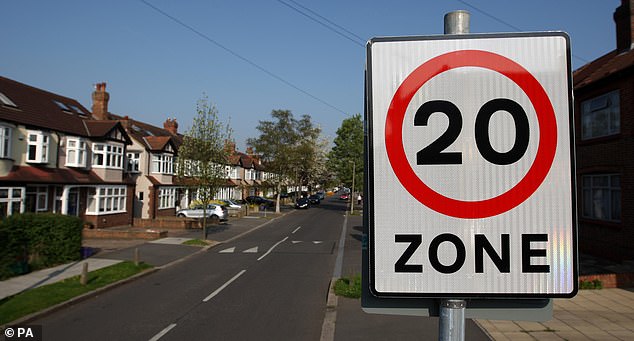 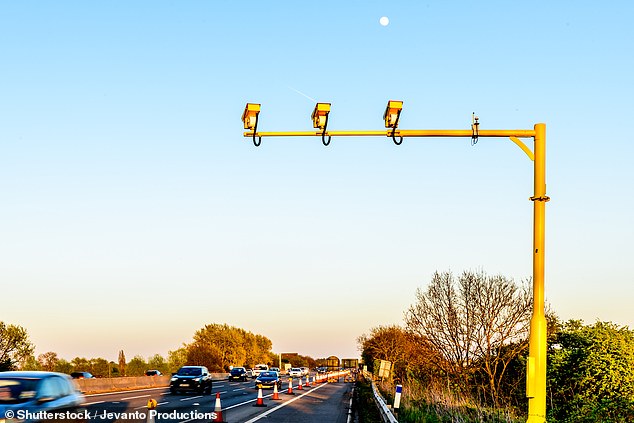 A further 268,000 drivers were sent straight to court because their speed was so high, or they already had a string of previous offences, where they were fined an average of £223 each.

The remaining 500,000 tickets were cancelled, often because police could not trace the driver or the legal paperwork was faulty.

It is estimated that there are some 4,000 active speed camera sites across the UK.

The A40 camera, between Acton and Perivale, was found by website Confused to be the most prolific in the 2021/22 financial year.

It caught more than twice as many drivers as the next most active camera, on the M25 in Surrey, which nabbed 23,134, while the third-placed, on the M4 near Bristol, caught 18,317. 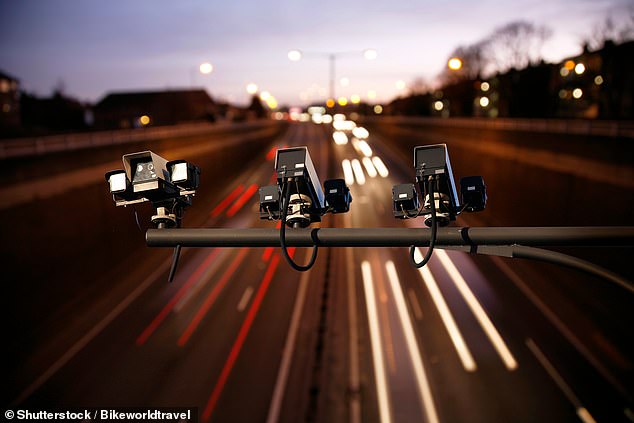 Where speed cameras are placed is left to local authorities, a government spokesperson said

Howard Cox, founder of campaign group FairFuelUK, said: ‘Some of the world’s highest-taxed drivers are punished from all directions these days, paying out for ultra-low emission zones, congestion zones, low-traffic neighbourhoods, high parking charges and speeding fines, most of which are for drivers who only marginally exceed the speed limit.

‘Speed cameras remain cash-grabbing machines. I’d go as far to say the police have been ordered to chase the easy money – although I believe that serious speeding must be dealt with the full force of the law.’

Money from speeding fines goes into central Government coffers, but police forces do profit from speed awareness courses, making an estimated £35 per driver after the cost of running them is deduced.

Jack Cousens, head of roads policy at the AA, said: ‘Most drivers accept the use of speed cameras and recognise they are a useful tool in helping keep roads safe.

‘Speeding fines can be avoided by moderating the driver’s right foot.’

A Government spokesman said the decision on where to locate cameras was left to local authorities, adding: ‘All available research shows a link between excessive speed and the risk of collisions.’

Save your floors! These genius As Seen On TV furniture leg protectors are down to $10 for eight

Bosch cancelled: Why has Bosch been cancelled?