Barry York recalls running from baton-wielding police and hearing the order “stop or I’ll shoot” before one of his fellow protesters fell behind and was arrested at gunpoint.

It was 50 years ago this month. 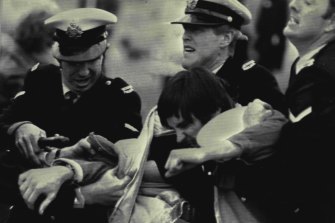 Melbourne has long been the setting for protest marches but a small anti-war demonstration by La Trobe University students in September 1970 is remembered as the bloody catalyst for the right to protest in suburban streets.

Mr York was a radical activist at the time but 50 years later he has a message for those planning to protest against Melbourne’s coronavirus lockdown: stay home. 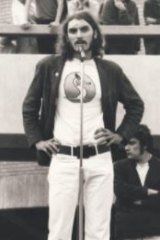 “If there is to be a limit on protest, a pandemic with the potential for causing exponential growth in infections is the most obvious example I can think of,” he said.

“People should have the right to protest, but if they are going to turn up in large numbers, a lot of them without masks and the hell with everyone else who might get infected, then they have foregone that right, in my opinion.”

In 1972, he was expelled from La Trobe University and sent to Pentridge jail for his activism.

With the 50th anniversary of what are known as the Waterdale Road marches approaching, he was flooded with memories of what he says was an early victory for the right to exercise free speech.

On September 11, 1970, he and 70 other students set off to march down Waterdale Road, West Heidelberg, to hand out leaflets in support of an upcoming anti-Vietnam War moratorium in Melbourne’s CBD. 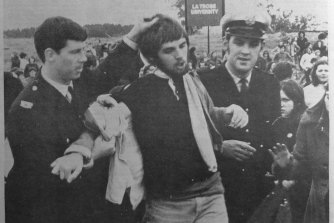 They were met by police who beat some of the students and chased the rest back to the university.

“We held a meeting at the university and said we can’t cop this – we had to assert our right to march.”

A second march was arranged for September 16.

About 200 students assembled at the Northland shopping centre, intending to walk back down Waterdale Road to the university. 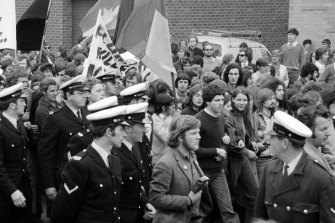 Famously, a tough police inspector with the unlikely name of Keith Plattfuss – German for “flatfoot” – was quoted by a newspaper as saying of the students: “They got some baton today and they’ll get a lot more in the future.”

A third demonstration on September 23 drew about 800 marchers, including unionists.

Two busloads of uniformed police, two carloads of Special Branch officers and floats of police horses arrived, but this time – apparently wary of the size of the crowd and of negative media reports – they did not break any heads.

Mr York recalled a Maoist quote to underscore his belief that the Waterdale Road marchers had won a victory over the authorities: “Reactionaries lift a rock only to drop it on their foot”.

But that victory, said the old campaigner, did not necessarily extend rights to those who could expose the community to infection in a once-in-a-century pandemic.

A Fly on Mike Pence’s Head Steals the VP Debate

What happened to Jambo and Kurt in Hollyoaks?