London: The Taliban administration has criticised Prince Harry after the British royal said in his memoir that he had killed 25 people in Afghanistan when serving as a military helicopter pilot, describing them as “chess pieces removed from the board”.

Harry’s highly personal book Spare went on sale in Spain days before its global launch on January 10. It discloses the depth of the rift between the prince and his brother William, the heir to the throne, and other revelations such as drug-taking and how he lost his virginity. 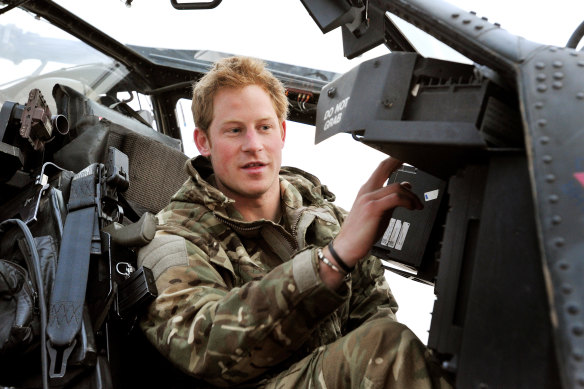 In one section, the 38-year-old recounts his two tours of Afghanistan, first as a forward air controller in 2007/08 and again in 2012, when he was a co-pilot gunner in Apache attack helicopters, and the number of people he had killed.

“It wasn’t a statistic that filled me with pride but nor did it leave me ashamed,” Harry wrote, according to the Spanish version of the book. “When I found myself plunged in the heat and confusion of combat I didn’t think of those 25 as people.

“They were chess pieces removed from the board, Bad people eliminated before they could kill Good people.”

“The western occupation of Afghanistan is truly an odious moment in human history and comments by Prince Harry is a microcosm of the trauma experienced by Afghans at the hands of occupation forces who murdered innocents without any accountability,” he said.

When asked about Harry’s comments, a spokesperson for Britain’s Ministry of Defence said: “We do not comment on operational details for security reasons.”

However, veterans criticised the comments and said they could increase the security risk for Harry.

Retired Colonel Richard Kemp said it was “an error of judgment,” and regarding enemy fighters as chess pieces is “not the way the British Army trains people”.

“I think that sort of comment that doesn’t reflect reality is misleading and potentially valuable to those people who wish the British forces and British government harm,” he told the BBC.

Representatives of Prince Harry did not immediately respond to a request for comment.

The release of the book, from a member of a family that tightly controls personal information about the royals, follows the departure of Harry and his American wife Meghan from royal duties in 2020 to move to California and forge a new life.

Since then, the couple have delivered stinging criticism of the House of Windsor and the British press.

As is usual for the royal family, spokespeople for King Charles and Prince William have declined to comment.

British media have gone through the books’ details in depth, but many people commuting to work in London on Friday said they were not interested and did not want to talk about it.

Some of those who were willing to talk said they thought Harry had gone too far.

“I think he’s an idiot,” said Robin Parker, an entrepreneur. “My father was in the Second World War and I once asked him as a child if he’d killed anyone and he was very reluctant to say anything about it.”

‘I Hope God Likes What I’ve Done,’ Said Dennis Haysbert About His Performance on 'Lucifer'