This is the moment terror hit a fairground in Ukraine after children were allowed to play with weapons of war.

A video from state broadcaster Suspilne shows the ensuing panic as people fled in Chernihiv fearing the northern-Ukraine city was under Russian attack.

But it wasn’t a new bombardment from Vladimir Putin’s forces. In fact, local children had been allowed to handle a deadly rocket-propelled grenade launcher with devastating consequences.

Three were injured as the anti-tank launcher — an exhibit at the fair — exploded.

A female interviewee is shown reacting as the RPG goes off in the background before she runs from the scene of the explosion with the crowd surging behind her. 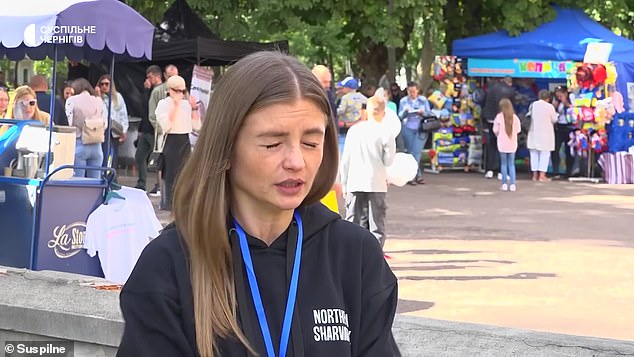 War comes to the fairground after children in Chernihiv were allowed to play with weapons, causing a terrible explosion. A female interviewee is shown reacting as the RPG goes off in the background before she runs from the camera and dozens surged out of the fairground 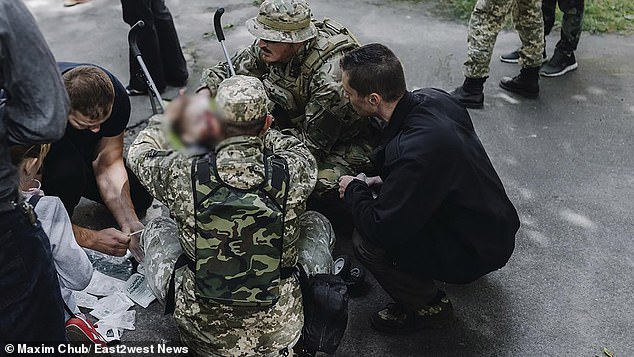 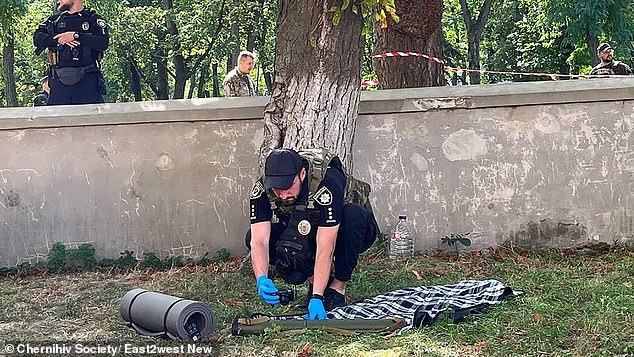 A Ukrainian officer takes evidence in Chernihiv. Local children had been allowed to handle a deadly rocket-propelled grenade launcher with devastating consequences 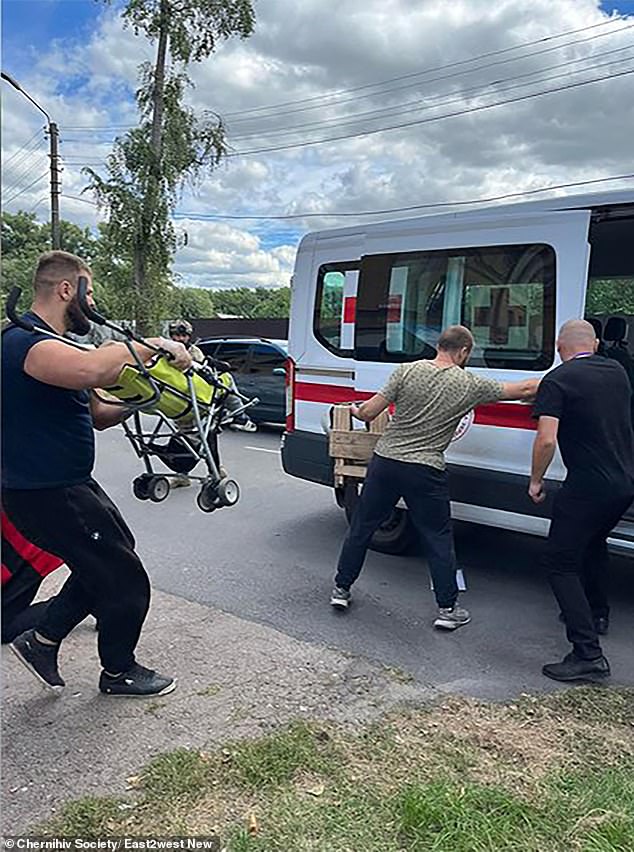 Attendees rushed from the scene, taking their loved ones and possessions with them moments after the explosion, fearing a Russian attack 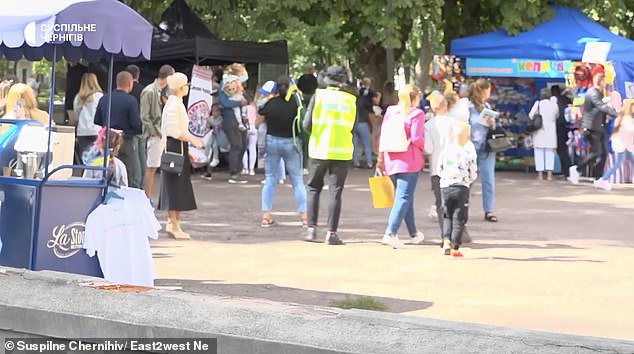 Ukraine’s National Bureau of Investigation is probing the alarming case.

Officials in Chernihiv — which was surrounded by Russian forces but not taken earlier in the war — denied giving permission for the fair involving the weapons of war.

‘Three children were injured,’ said a spokesman. ‘In particular, a two-year-old boy is in a serious condition. All of them are provided with all necessary qualified medical assistance.’

Ukrainian president Volodymyr Zelensky said: ‘Two people who were directly involved in the tragic incident in Chernihiv were arrested on suspicion of committing a criminal offence.

‘One who gave the order to take the combat weapon to a public city event, and the other who allowed the child to take the weapon into his hands’. 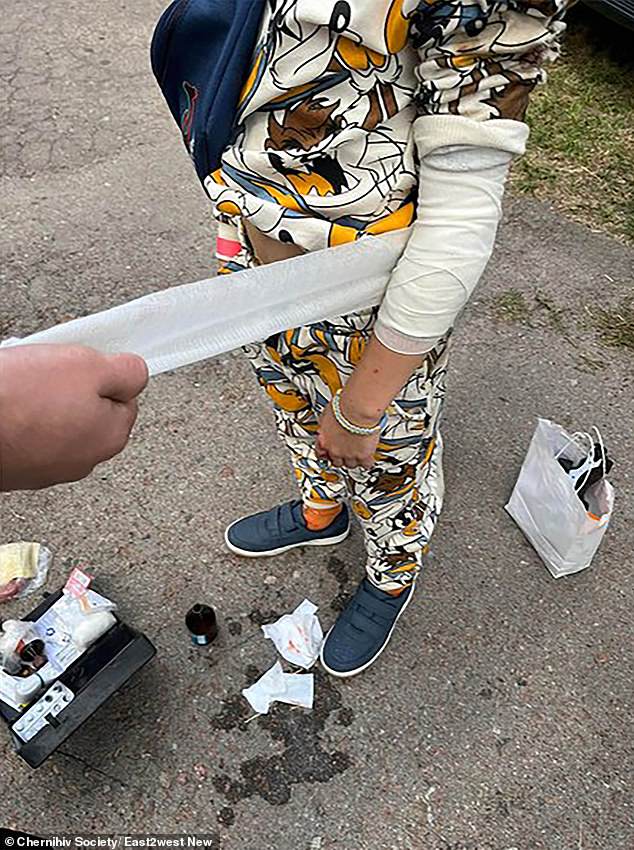 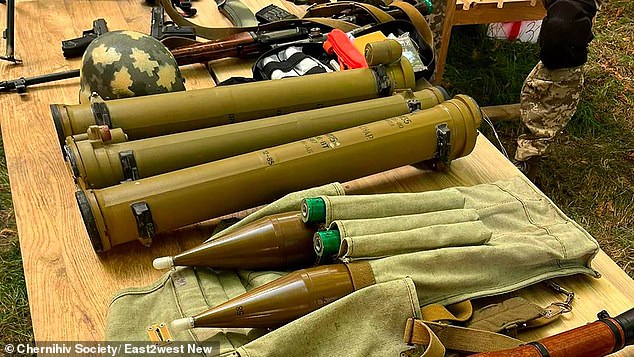 The RGP, along with live munitions, had been an exhibit at the fair which saw a ten-year-old fire the weapon and injure himself along with several others 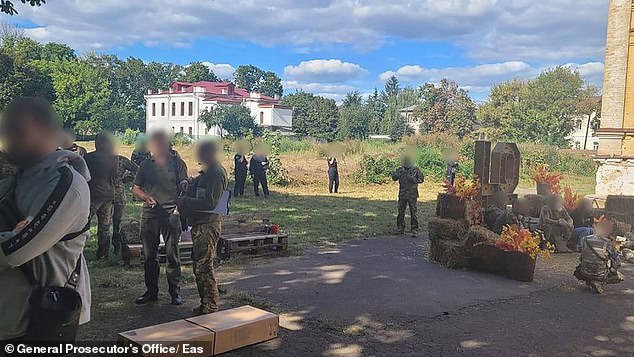 Two people were arrested on suspicion of committing a criminal offence, one for bringing the weapon to the fair and another for presenting it to the child, said the Ukrainian president

Sarah Michelle Gellar on Joss Whedon Misconduct Allegations: 'While I Am Proud to Have My Name Associated With Buffy Summers… '

Disney+ cut price deal: Time running out to get three months access for a bargain price