DEMENTIA affects around 50 million people worldwide – with that number expected to double every 20 years.

The condition has no cure but delaying its onset by five years would halve the number of deaths. 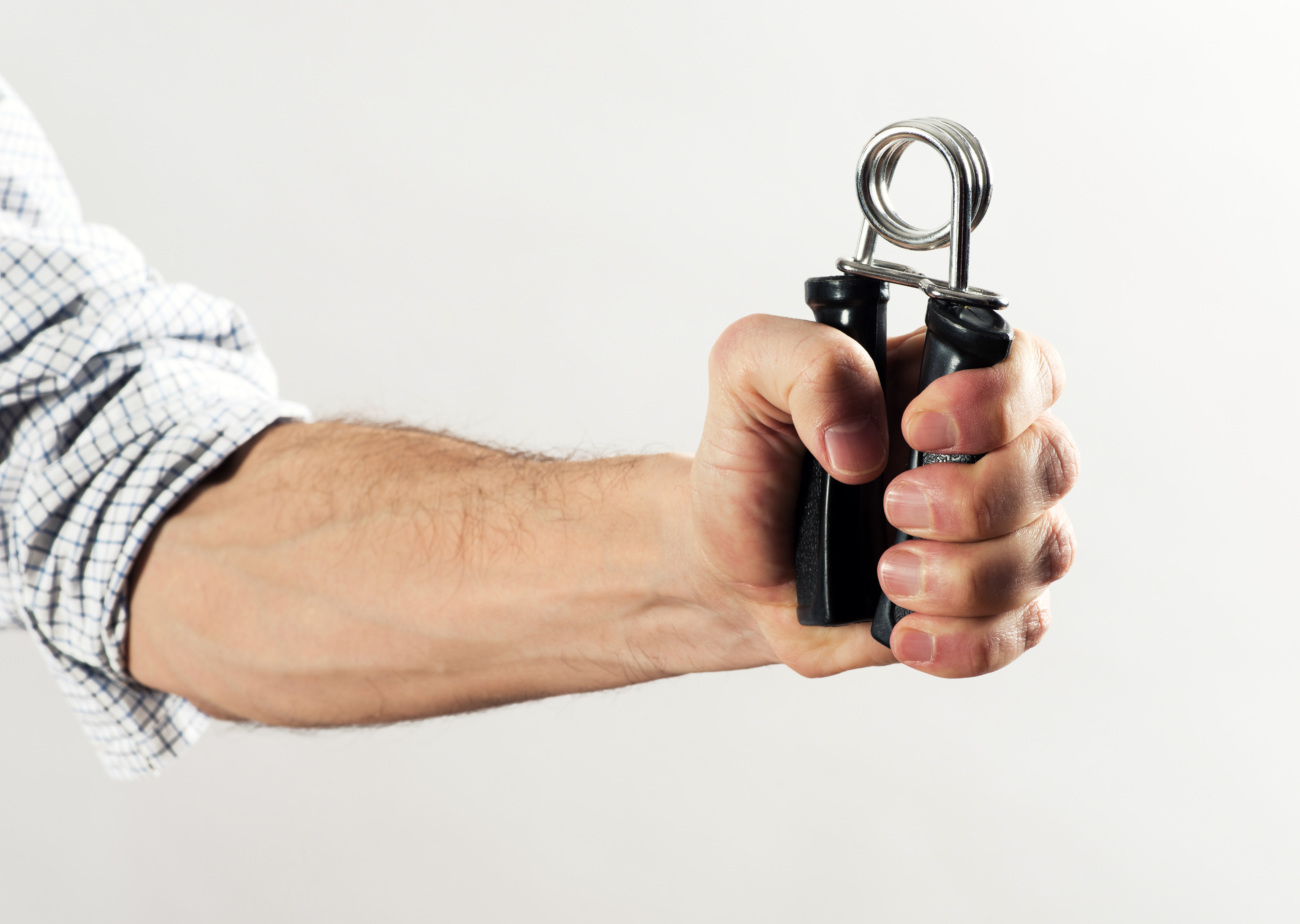 Now experts say there is a simple test that can be done at home to find out whether you're at risk of developing the devastating disease.

In a recent US study, researchers found that poor hand-grip strength was an early sign of cognitive impairment – which can lead to dementia.

Experts from North Dakota State University found that each 5kg reduction in grip strength was associated with an 18 per cent greater chance of severe cognitive development.

For reference, a 30-year-old man has a grip strength of about 40kg on average.

The research, published in the Journal of Alzheimer’s Disease last year, concluded that docs should consider looking at grip strength in assessments of cognitive function.

Prof Ryan McGrath, who led the research, said that it should be included in routine assessments of older patients.

A doctor will usually measure grip strength with a hand-held dynamometer, but some gyms of fitness centres also keep one.

All you have to do is squeeze the machine with all of your strength – typically three times with each hand.

An average score is then calculated using the measurements from both hands.

For men, you typically want a reading of 105 and above, while it's at least 57 for women.

If you don't have a dynamometer, there's another trick you can try at home or at the gym.

All you need is a set of bathroom scales, a timer and a pull-up bar – or something similar that will take your weight:

1. Place the scale underneath the bar and set your timer to five seconds.

2. Stand on the scale and check the reading is accurate before placing your hands on the pull-up bar.

3. Without bending your elbows, wrists or knees, squeeze your hands around the bar and lift as much of your weight off the scale as you can using just your hands.

4. Have a friend record the new reading on the scale, which will be less than your body weight.

5. To calculate your grip strength you simply minus your weight while gripping the bar from your current weight.

Record this result and continue to track your grip strength using this same method over time.

This will help you see any improvements after practising strengthening exercises.

As we age our grip strength weakens and eventually starts to affect our day-to-day lives.

Just like any other muscle in the body, if we don't exercise them then its function can  quickly decline.

So the best way to retain grip strength is to regularly exercise the muscles in our arms and hands.

There are some reasonably priced gadgets on the market to help including hand grippers and stress balls.

But there are also a few tricks you can do at home with items you probably already have lying around.

Physiotherapist Tim Allardyce told the Daily Mail you can exercise your with an elastic band.

He said: "Place an elastic band around the tip of your thumb.

"With your free hand hold the other end of the band.

"Move your thumb towards your little finger on the same hand against the resistance of the band."

He said you can progress by moving your thumb towards your other fingers too.

Simply repeat five times to each finger and then again on the other hand.

Another trick is to sit or stand while holding a rolling pin or broom horizontally.

With your palms facing down, roll it in one direction and then the other for 30 seconds.

To make it harder, speed up the rolling motion and repeat three times a day.

Is This Cardi B's Riskiest Look Yet? Rapper Turns Heads at Party